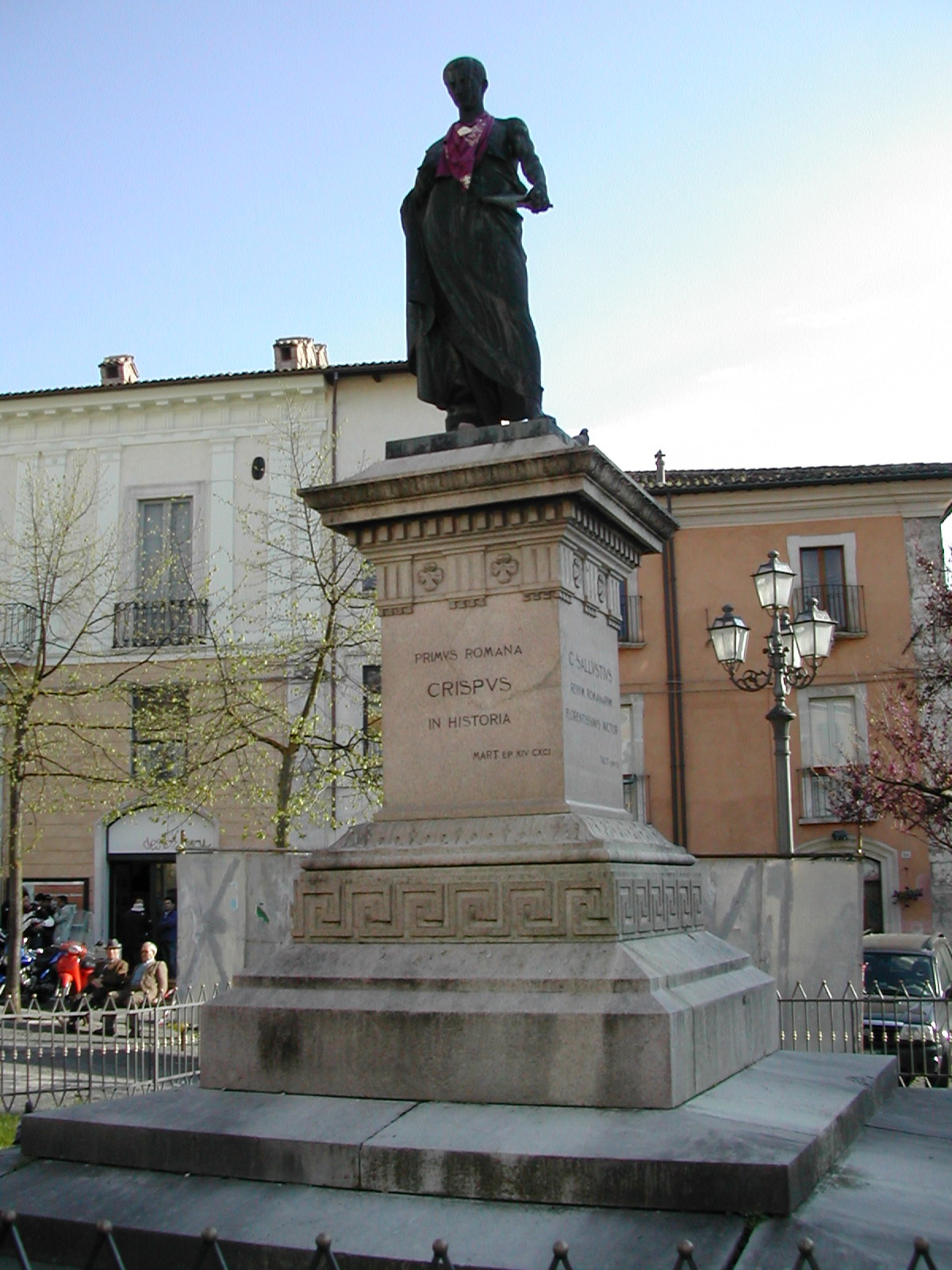 "Gaius Sallustius Crispus", usually anglicisation/anglicised as "Sallust", was a Roman Republic/Roman historian, politician, and novus homo from a provincial plebeian family. Sallust was born at Amiternum in the country of the Sabines and was a populares/popularis, opposer of the Patrician (ancient Rome)/old Roman aristocracy throughout his career, and later a partisan of Julius Caesar. Sallust is the earliest known Roman historian with surviving works to his name, of which we have Catiline's War (about the conspiracy in 63 BC of Catilina/L. Sergius Catilina), The Jugurthine War (about Rome's war against the Numidians from 111 to 105 BC), and the Histories (of which only fragments survive). Sallust was primarily influenced by the Greek historian Thucydides and amassed great (and ill-gotten) wealth from his governorship of Africa.

If you enjoy these quotes, be sure to check out other famous historians! More Sallust on Wikipedia.

Necessity makes even the timid brave.

Every man is the architect of his own fortune. 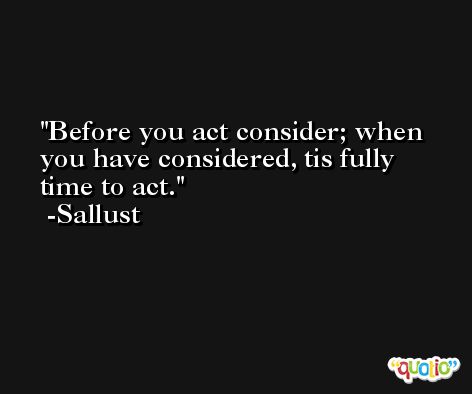 The golden age is before us, not behind us.

To someone seeking power, the poorest man is the most useful. 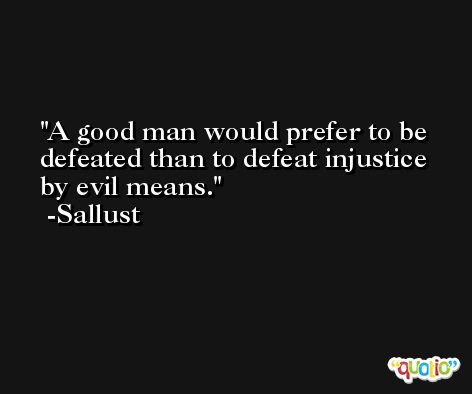 It is the nature of ambition to make men liars and cheats, to hide the truth in their breasts, and show, like jugglers, another thing in their mouths, to cut all friendships and enmities to the measure of their own interest, and to make a good countenance without the help of good will.

Small communities grow great through harmony, great ones fall to pieces through discord. 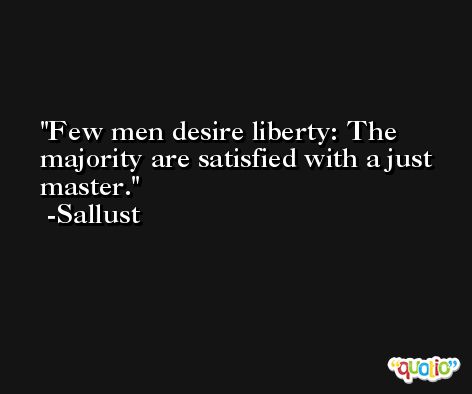 To like and dislike the same things, that is indeed true friendship.

Neither soldiers nor money can defend a king but only friends won by good deeds, merit, and honesty. 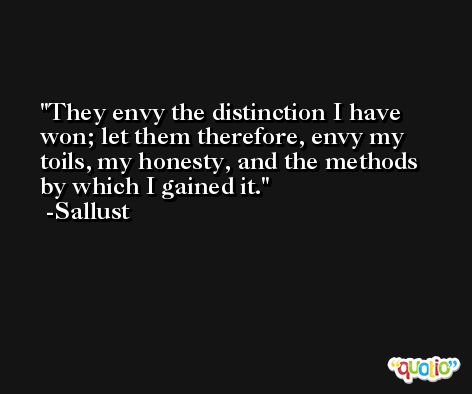 For men who had easily endured hardship, danger and difficult uncertainty, leisure and riches, though in some ways desirable, proved burdensome and a source of grief.

The soul is the captain and ruler of the life of morals. 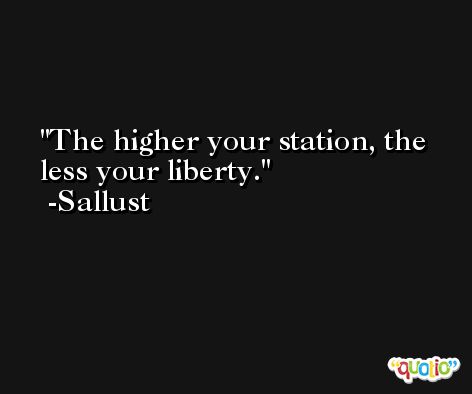 Ambition drove many men to become false; to have one thought locked in the breast, another ready on the tongue.

No mortal man has ever served at the same time his passions and his best interests. 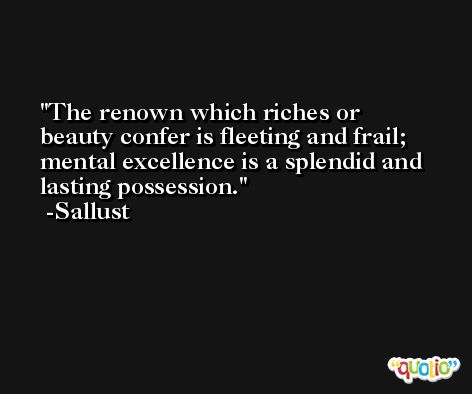 In my opinion, he only may be truly said to live and enjoy his being who is engaged in some laudable pursuit, and acquires a name by some illustrious action, or useful art.

Ambition breaks the ties of blood, and forgets the obligations of gratitude.