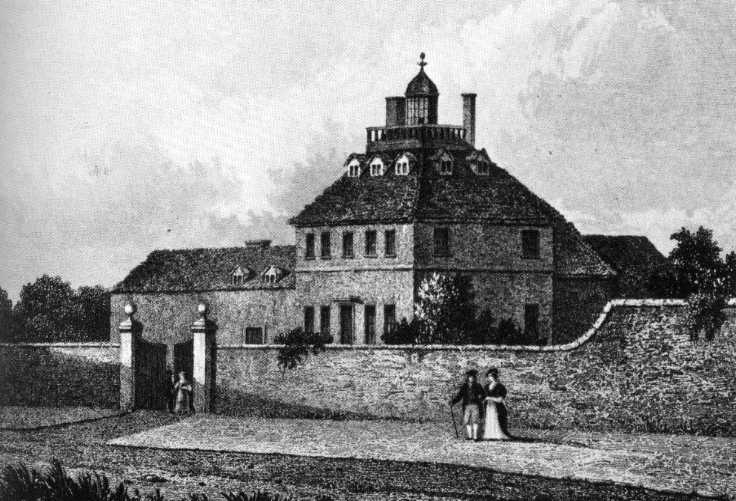 "Samuel Johnson", often referred to as "Dr Johnson", was an English writer who made lasting contributions to English literature as a poet, essayist, moralist, literary critic, biographer, editor and lexicographer. Johnson was a devout Anglicanism/Anglican and committed Tory (British political party)/Tory, and has been described as "arguably the most distinguished man of letters in English history". He is also the subject of "the most famous single work of biographical art in the whole of literature": James Boswell's Life of Samuel Johnson.

Born in Lichfield, Staffordshire, Johnson attended Pembroke College, Oxford for just over a year, before his lack of funds forced him to leave. After working as a teacher he moved to London, where he began to write for The Gentleman's Magazine. His early works include the biography Life of Savage/The Life of Richard Savage, the poems "London (1738 poem)/London" and "The Vanity of Human Wishes", and the play Irene (play)/Irene.

If you enjoy these quotes, be sure to check out other famous writers! More Samuel Johnson on Wikipedia.

Hope is necessary in every condition.

Men have been wise in many different modes; but they have always laughed the same way. 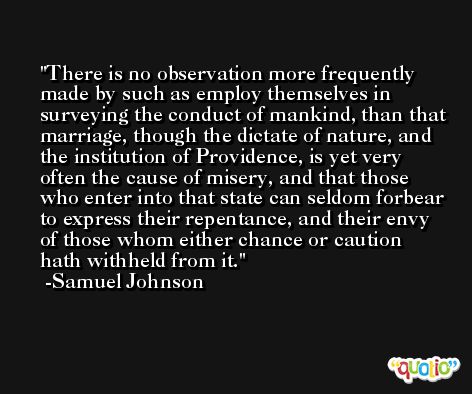 Read over your compositions, and wherever you meet with a passage which you think is particularly fine, strike it out.

Abstinence is as easy to me, as temperance would be difficult. 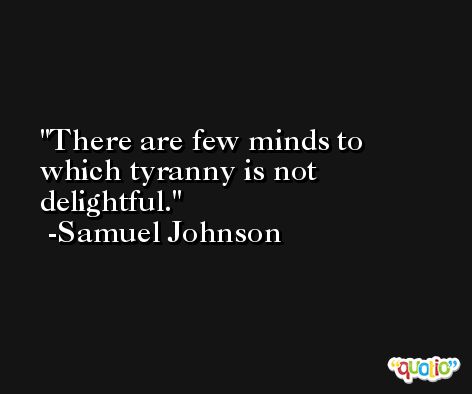 Anybody who thinks of going to bed before 12 o'clock is a scoundrel.

There are, in every age, new errors to be rectified and new prejudices to be opposed. 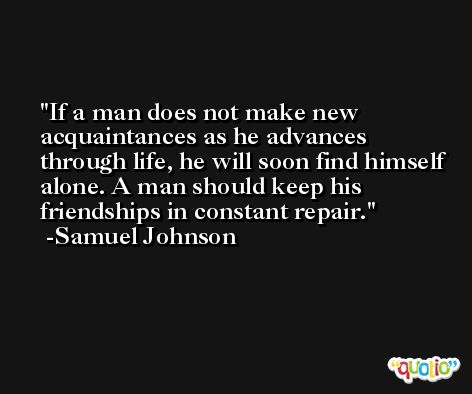 Patriotism having become one of our topicks, Johnson suddenly uttered, in a strong determined tone, an apophthegm, at which many will start: 'Patriotism is the last refuge of a scoundrel.' But let it be considered that he did not mean a real and generous love of our country, but that pretended patriotism which so many, in all ages and countries, have made a cloak of self- interest.

In order that all men may be taught to speak truth, it is necessary that all likewise should learn to hear it. 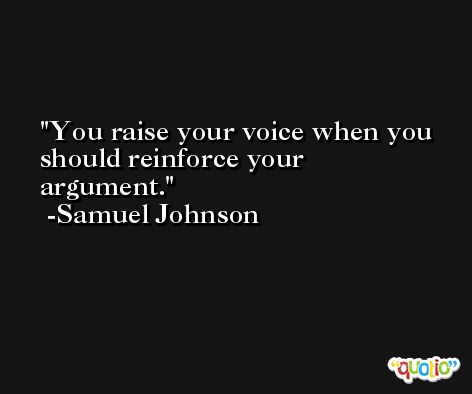 Love is the wisdom of the fool and the folly of the wise.

The Irish are a fair people - they never speak well of one another. 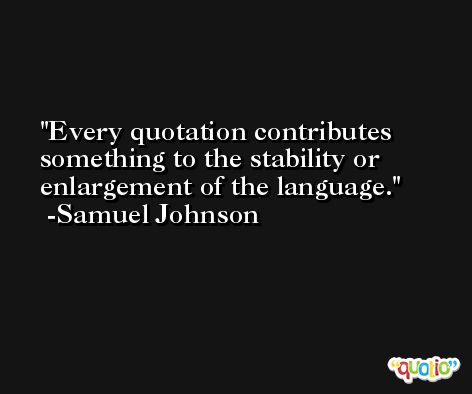 No man is a hypocrite in his pleasures.

It matters not how a man dies, but how he lives. The act of dying is not of importance, it lasts so short a time. 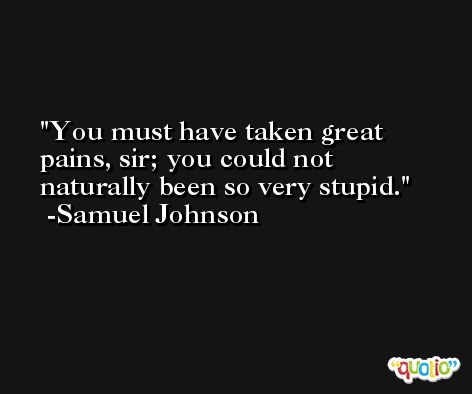 No man but a blockhead ever wrote except for money.

Such seems to be the disposition of man, that whatever makes a distinction produces rivalry. 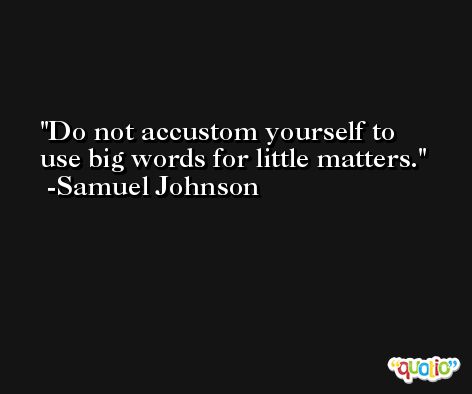 Classical quotation is the parole of literary men all over the world.

Of all noises, I think music is the least disagreeable. 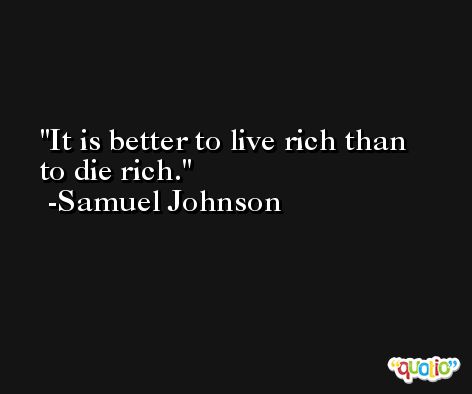 Few things are impossible to diligence and skill. Great works are performed not by strength, but perseverance. 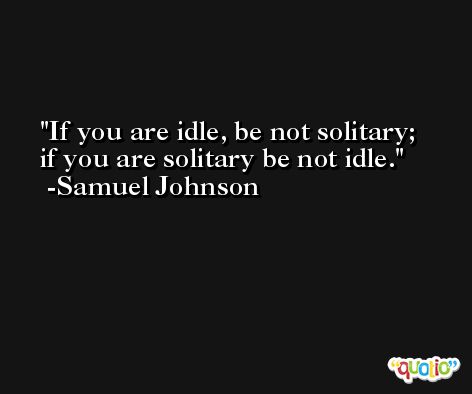 To get a name can happen but to few; it is one of the few things that cannot be brought. It is the free gift of mankind, which must be deserved before it will be granted, and is at last unwillingly bestowed.

There will always be a part, and always a very large part of every community, that have no care but for themselves, and whose care for themselves reaches little further than impatience of immediate pain, and eagerness for the nearest good. 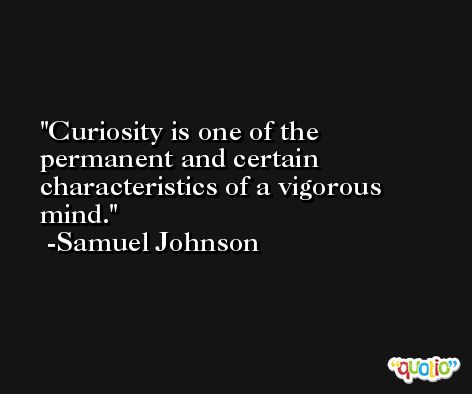