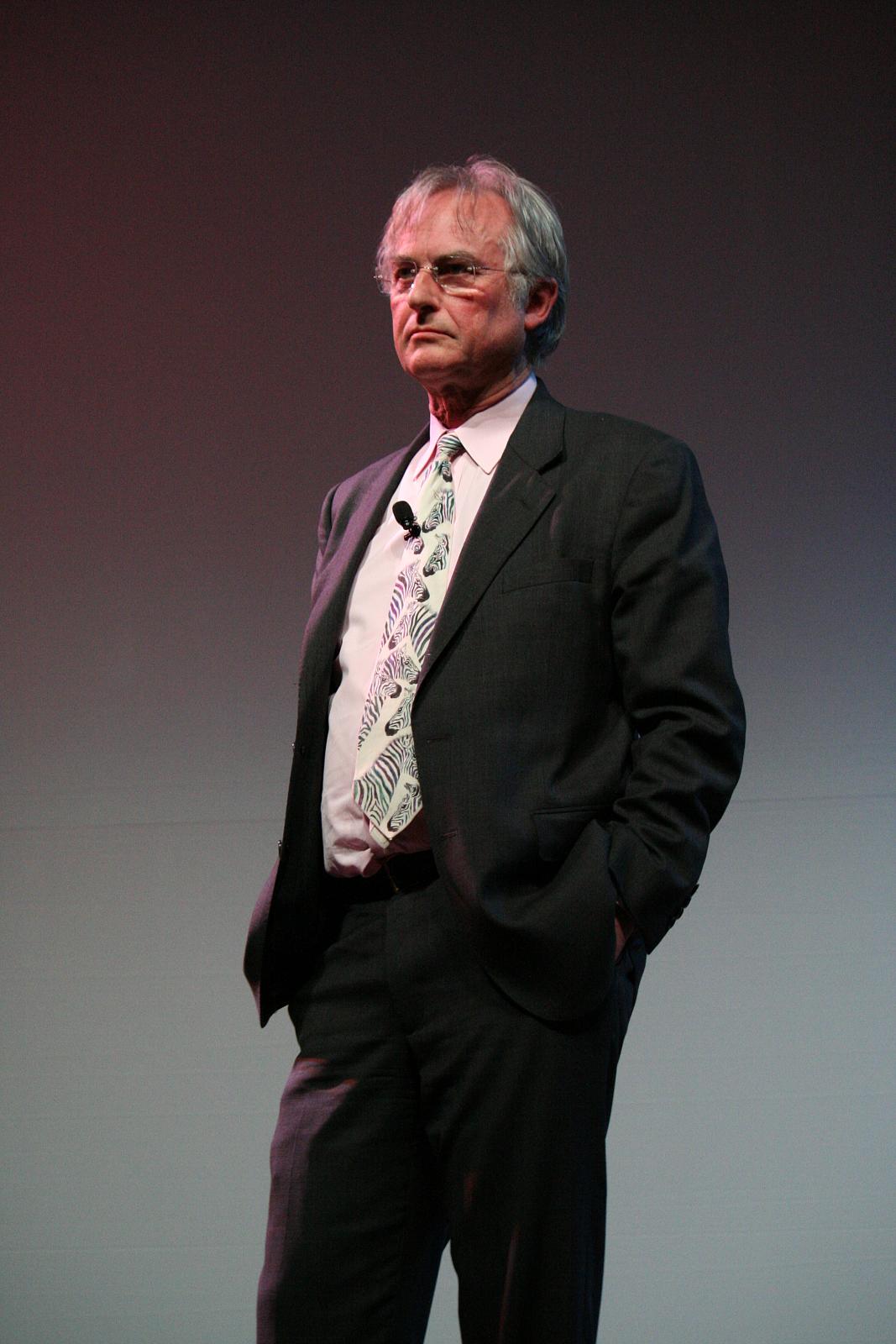 "Clinton Richard Dawkins" , Fellow of the Royal Society/FRS, Royal Society of Literature/FRSL is an English ethology/ethologist, evolutionary biology/evolutionary biologist, and writer. He is an Oxford fellow/emeritus fellow of New College, Oxford, and was the University of Oxford's Simonyi Professorship for the Public Understanding of Science/Professor for Public Understanding of Science from 1995 until 2008.

Dawkins came to prominence with his 1976 book The Selfish Gene, which popularised the gene-centred view of evolution and introduced the term meme. In 1982, he introduced into evolutionary biology the influential concept that the phenotype/phenotypic effects of a gene are not necessarily limited to an organism's body, but can stretch far into the environment, including the bodies of other organisms. This concept is presented in his book The Extended Phenotype.

Dawkins is an atheist, a vice president of the British Humanist Association, and a supporter of the Brights movement. He is well known for his criticism of creationism and intelligent design. In his 1986 book The Blind Watchmaker, he argues against the watchmaker analogy, an argument for the existence of a God/supernatural creator based upon the complexity of living organisms. Instead, he describes evolutionary processes as analogous to a blind watchmaker.

If you enjoy these quotes, be sure to check out other famous scientists! More Richard Dawkins on Wikipedia.

Faith is the great cop-out, the great excuse to evade the need to think and evaluate evidence. Faith is belief in spite of, even perhaps because of, the lack of evidence.

God exists, if only in the form of a meme with high survival value, or infective power, in the environment provided by human culture.

There may be fairies at the bottom of the garden. There is no evidence for it, but you can't prove that there aren't any, so shouldn't we be agnostic with respect to fairies?

The theory of evolution by cumulative natural selection is the only theory we know of that is in principle capable of explaining the existence of organized complexity.

We are all atheists about most of the gods that societies have ever believed in. Some of us just go one god further.

Let us understand Darwinism so we can walk in the opposite direction when it comes to setting up society.

Cloning may be good and it may be bad. Probably it's a bit of both. The question must not be greeted with reflex hysteria but decided quietly, soberly and on it's own merits. We need less emotion and more thought.

Religion is about turning untested belief into unshakeable truth through the power of institutions and the passage of time.

Nature is not cruel, pitiless, indifferent. This is one of the hardest lessons for humans to learn. We cannot admit that things might be neither good nor evil, neither cruel nor kind, but simply callous -- indifferent to all suffering, lacking all purpose.

They are in you and me; they created us, body and mind; and their preservation is the ultimate rationale for our existence. They have come a long way, those replicators. Now they go by the name of genes, and we are their survival machines.

Personally, I rather look forward to a computer program winning the world chess championship. Humanity needs a lesson in humility.

The meme for blind faith secures its own perpetuation by the simple unconscious expedient of discouraging rational inquiry.