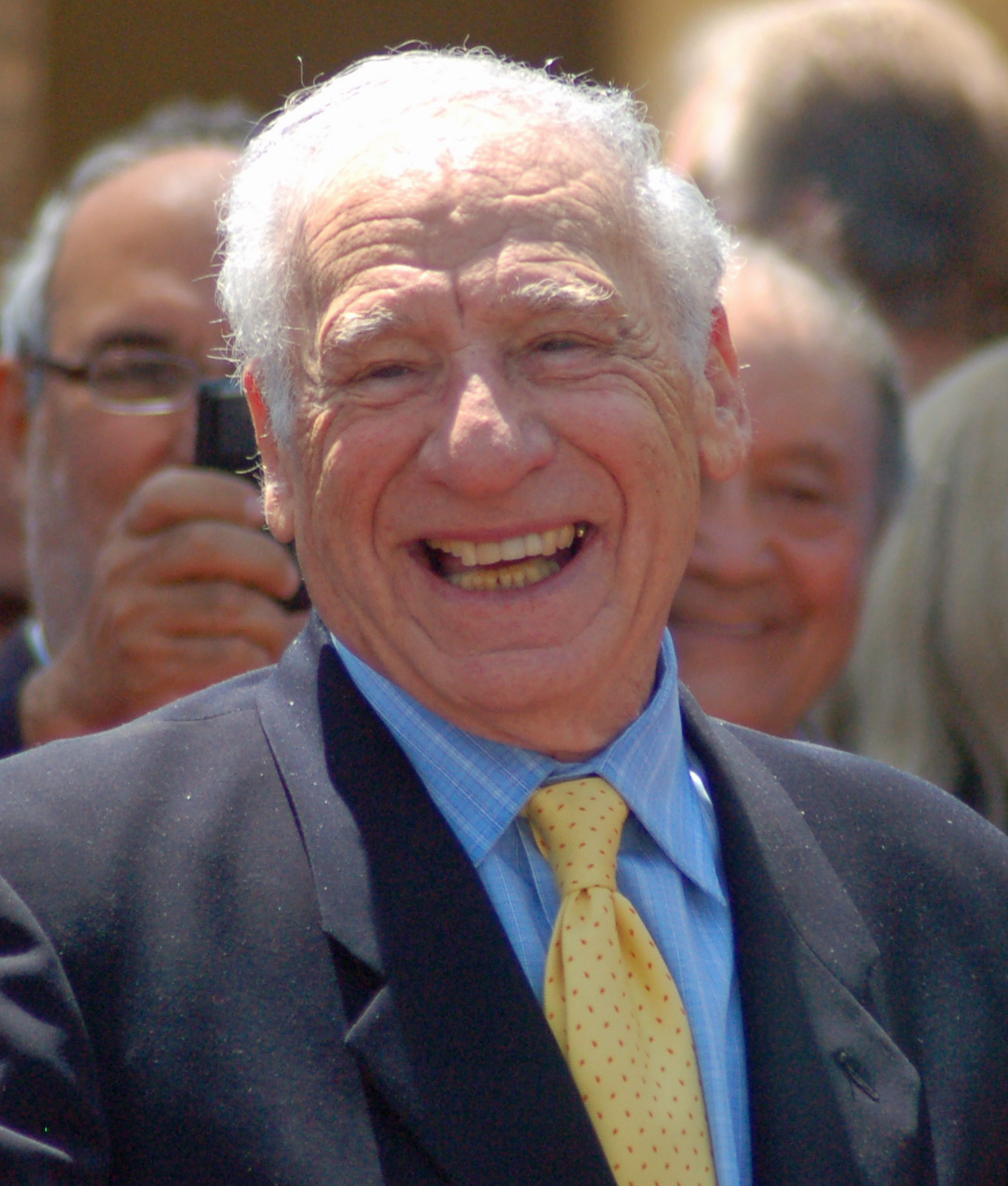 "Mel Brooks" is an American film director, screenwriter, comedian, actor, Film producer/producer, composer and songwriter. He is best known as a creator of broad film farces and comic parody/parodies. He began his career as a comic and a writer for the early TV variety show Your Show of Shows. He became well known as part of the comedy duo with Carl Reiner, The 2000 Year Old Man. In middle age he became one of the most successful film directors of the 1970s, with many of his films being among the top ten money makers of the year that they were released. His best known films include The Producers (1968 film)/The Producers, The Twelve Chairs (1970 film)/The Twelve Chairs, Blazing Saddles, Young Frankenstein, Silent Movie, High Anxiety, History of the World, Part I, Spaceballs and Robin Hood: Men in Tights. More recently, he had a smash hit on Broadway with the musical adaptation of his first film, The Producers (musical)/The Producers. He was married to the actress Anne Bancroft from 1964 until her death in 2005.

If you enjoy these quotes, be sure to check out other famous comedians! More Mel Brooks on Wikipedia.

Look, I really don't want to wax philosophic, but I will say that if you're alive, you got to flap your arms and legs, you got to jump around a lot, you got to make a lot of noise, because life is the very opposite of death. And therefore, as I see it, if you're quiet, you're not living. You've got to be noisy, or at least your thoughts should be noisy and colorful and lively.

Humor is just another defense against the universe. 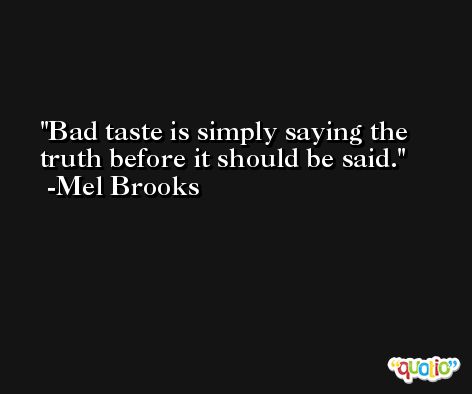 Good taste is the enemy of comedy. 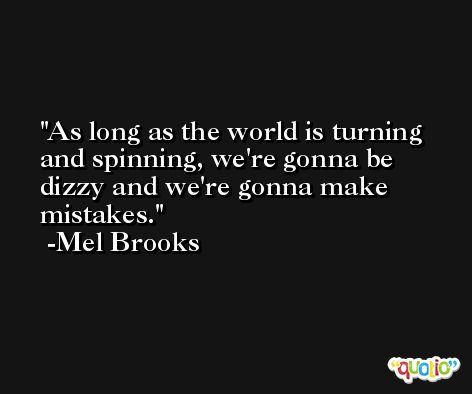 Every human being has hundreds of separate people living under his skin. The talent of a writer is his ability to give them their separate names, identities, personalities and have them relate to other characters living with him.

Tragedy is when I cut my finger. Comedy is when you walk into an open sewer and die. 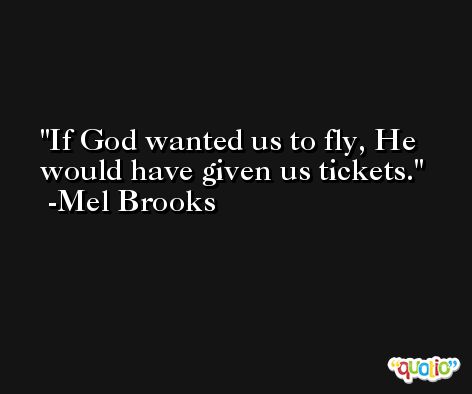 I've been accused of vulgarity. I say that's bullshit.

That's it baby, when you got it, flaunt it. 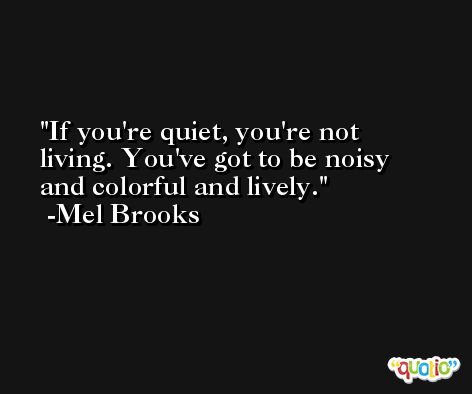 Sex is like pizza. Even when it is bad it is good.