"MalcolmX", born "Malcolm Little" and also known as "El-Hajj Malik El-Shabazz" }} (), was an African-American Muslim minister and a human rights activist. To his admirers he was a courageous advocate for the rights of blacks, a man who indicted white America in the harshest terms for its crimes against black Americans; detractors accused him of preaching racism and violence. He has been called one of the greatest and most influential African Americans in history.

MalcolmX was effectively orphaned early in life. His father was killed when he was six and his mother was placed in a mental hospital when he was thirteen, after which he lived in a series of foster homes.

In 1946, at age 20, he went to prison for larceny and breaking and entering. While in prison he became a member of the Nation of Islam, and after his parole in 1952 quickly rose to become one of its leaders. For a dozen years he was the public face of the controversial group; in keeping with the Nation's teachings he espoused black supremacy, advocated the Black separatism/separation of black and white Americans and scoffed at the African-American Civil Rights Movement (1955–1968)/civil rights movement's emphasis on Racial integration/integration.

If you enjoy these quotes, be sure to check out other famous activists! More Malcolm X on Wikipedia.

The future belongs to those who prepare for it today. 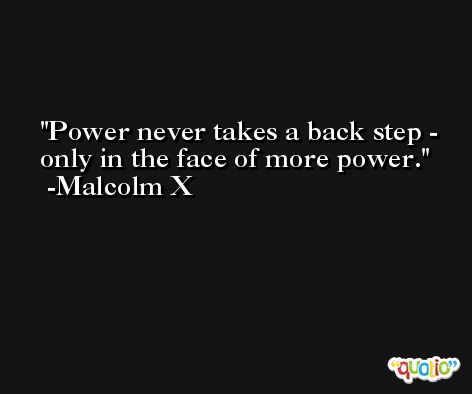 Power in defense of freedom is greater than power on behalf of tyranny and oppression. 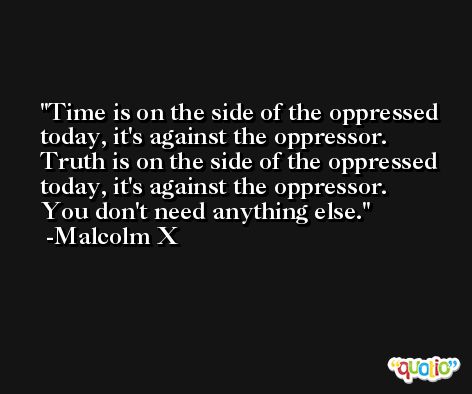 Be peaceful, be courteous, obey the law, respect everyone; but if someone puts his hand on you, send him to the cemetery.

You're not supposed to be so blind with patriotism that you can't face reality. Wrong is wrong, no matter who says it. 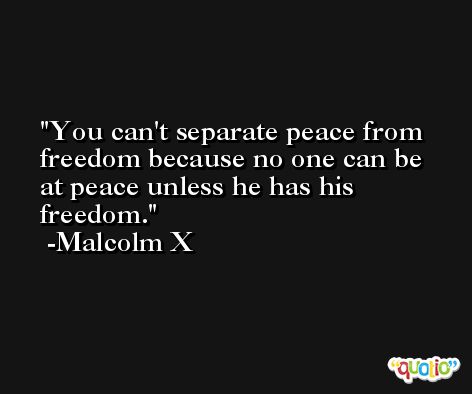 I don't even call it violence when it's in self defense; I call it intelligence. 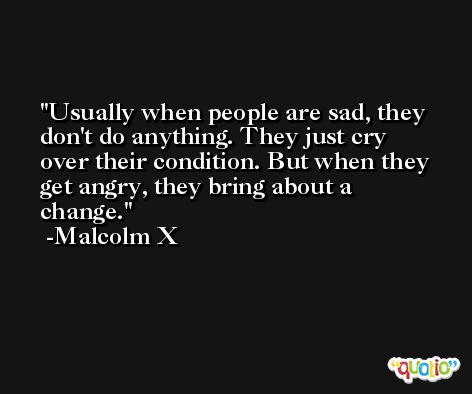 The media's the most powerful entity on earth. They have the power to make the innocent guilty and to make the guilty innocent, and that's power. Because they control the minds of the masses.

You can always chase a dream but it will not count if you never catch it. 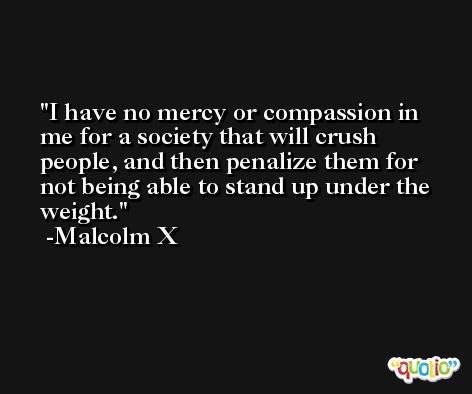 You're not to be so blind with patriotism that you can't face reality. Wrong is wrong, no matter who does it or says it.

If you don't stand for something you will fall for anything.