He was renowned for his open, free-style and critical form of comedy which integrated satire, politics, religion, sex, and vulgarity. His 1964 conviction in an obscenity trial was followed by a Posthumous recognition/posthumous pardon, the first in New York State history, by then-Governor George Pataki in 2003. He paved the way for future outspoken Counterculture of the 1960s/counterculture-era comedians, and his trial for obscenity is seen as a landmark for freedom of speech in the United States.

If you enjoy these quotes, be sure to check out other famous comedians! More Lenny Bruce on Wikipedia.

The role of a comedian is to make the audience laugh, at a minimum of once every fifteen seconds.

Every day people are straying away from the church and going back to God. 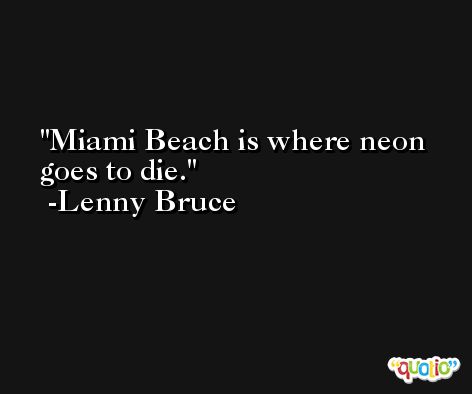 When you are eight years old, nothing is any of your business. 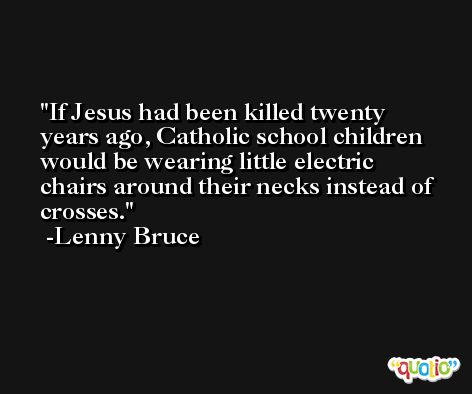 In the halls of justice, the only justice is in the halls.

Never tell. Not if you love your wife... In fact, if your old lady walks in on you, deny it. Yeah. Just flat out and she'll believe it: "I'm tellin' ya. This chick came downstairs with a sign around her neck 'Lay on Top of Me Or I'll Die.' I didn't know what I was gonna do...." 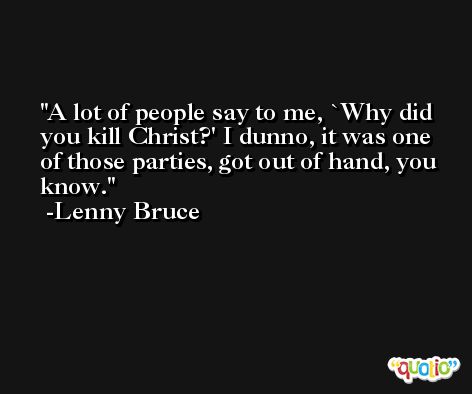 The liberals can understand everything but people who don't understand them. 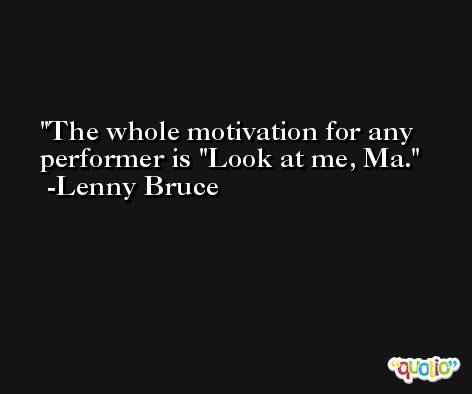 It's the suppression of the word that gives it the power, the violence, the viciousness.

There are no dirty words, only dirty minds.