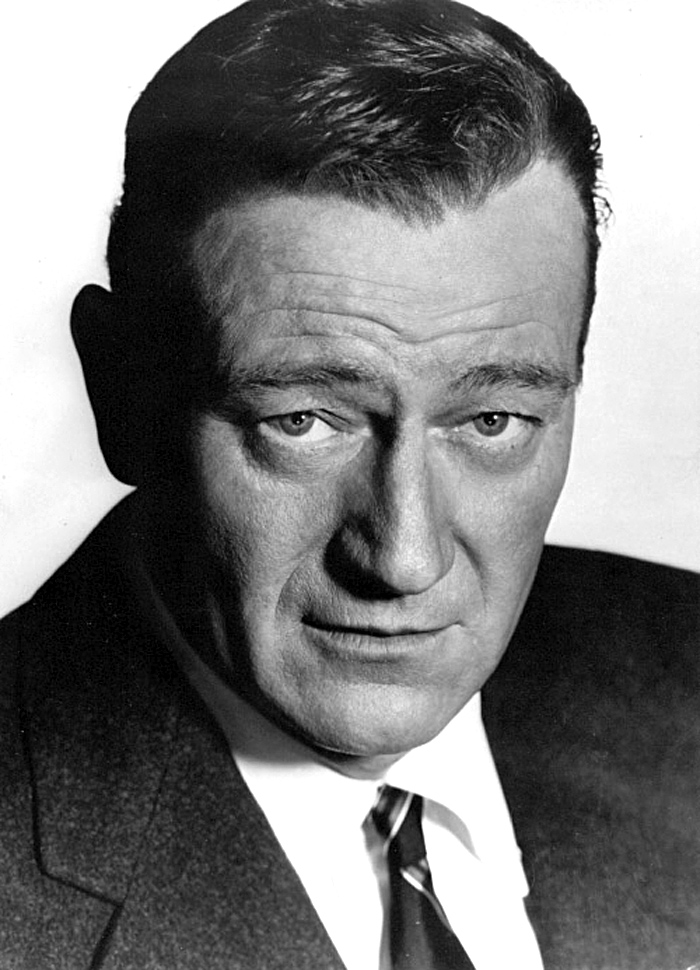 Wayne was born in Winterset, Iowa, but his family relocated to the greater Los Angeles area when he was nine years old. He graduated from Glendale High School. He found work at local film studios when he lost his American football/football scholarship to University of Southern California/USC as a result of a bodysurfing accident. Initially working for the 20th Century Fox/Fox Film Corporation, he mostly appeared in small bit parts. His first leading role came in the widescreen epic The Big Trail (1930), which led to leading roles in numerous films throughout the 1930s, many of them in the Western (genre)/western genre. His career rose to further heights in 1939, with John Ford's Stagecoach (1939 film)/Stagecoach making him an instant superstar. Wayne would go on to star in 142 pictures. Biographer Ronald Davis says:

: John Wayne personified for millions the nation's frontier heritage. Eighty-three of his movies were Westerns, and in them he played cowboys, cavalrymen, and unconquerable loners extracted from the Republic's central creation myth."

If you enjoy these quotes, be sure to check out other famous actors! More John Wayne on Wikipedia.

Talk low, talk slow, and don't talk too much.

Life is hard; it's harder if you're stupid. 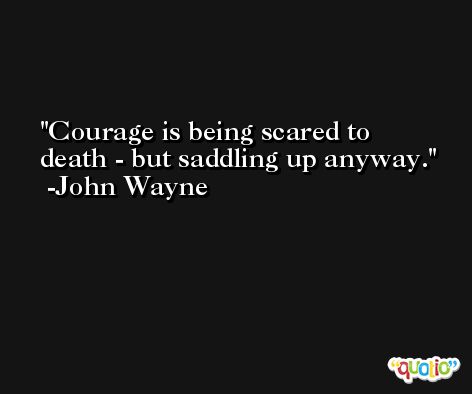 Yer beautiful in yer wrath! I shall keep you, and in responding to my passions, yer hatred will kindle into love.

A horse is a horse,it ain´t make a difference what color it is. 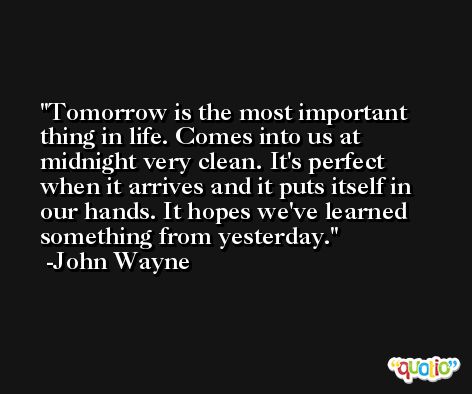 A man ought to do what he thinks is right.

I've always followed my father's advice: he told me, first to always keep my word and, second, to never insult anybody unintentionally. If I insult you, you can be goddamn sure I intend to. And, third, he told me not to go around looking for trouble. 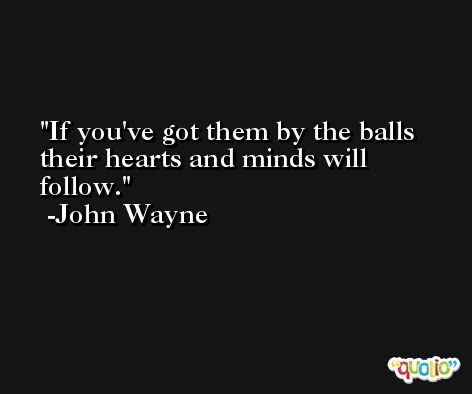 A man has to have a code, a way of life to live by.

Life is tough, but it's tougher when you're stupid. 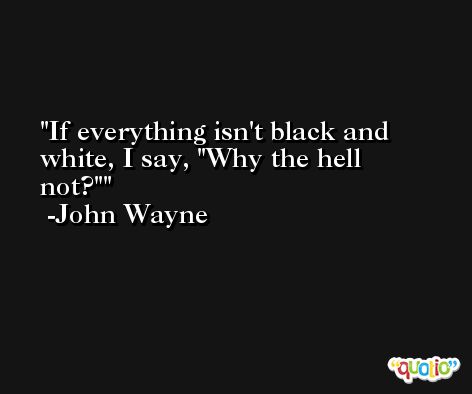