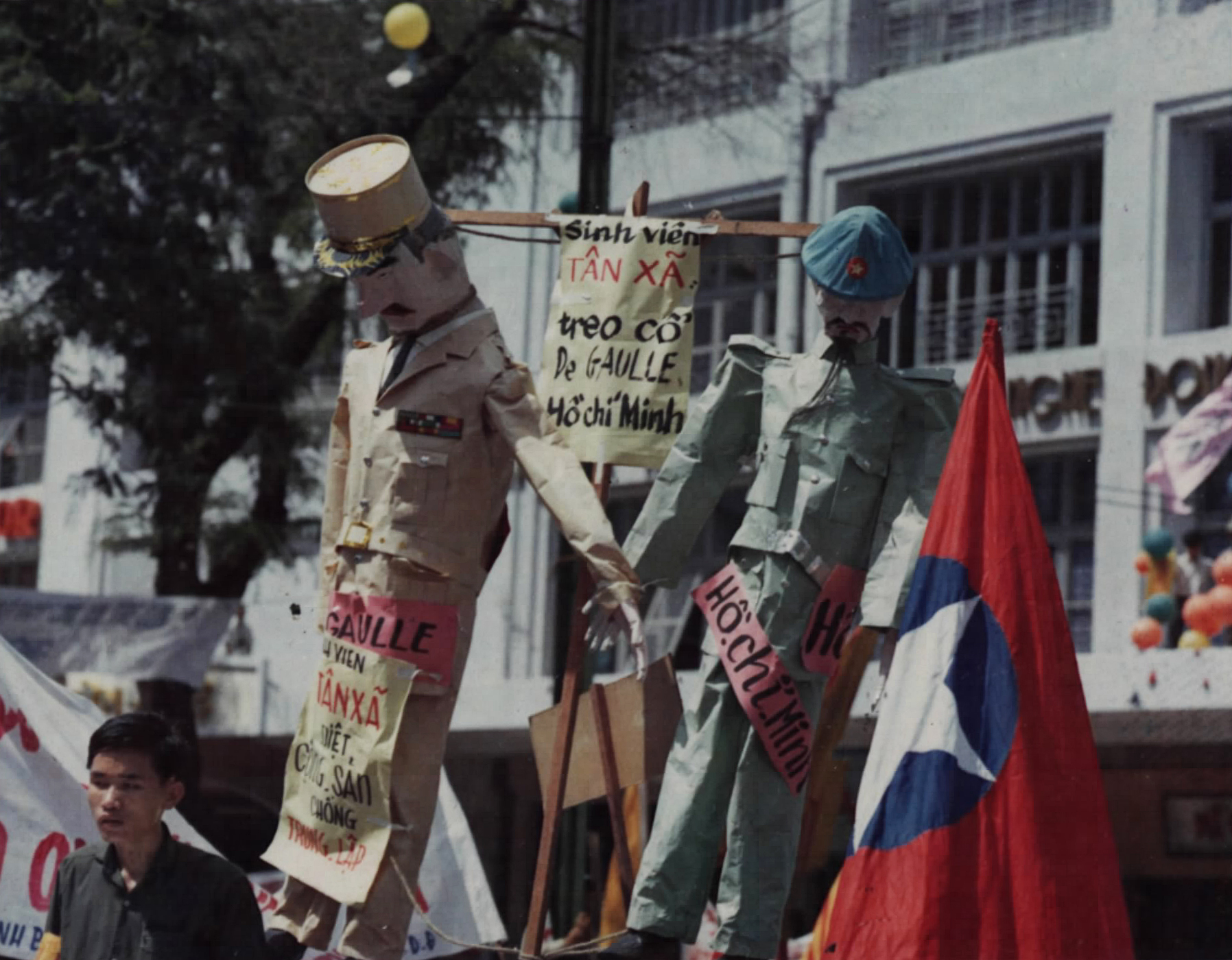 "H? Chí Minh", born "Nguy?n Sinh Côn", or "Nguy?n Sinh Cung", also known as "Nguy?n T?t Thành" and "Nguy?n Ái Qu?c", was a Vietnamese Communism/Communist revolutionary leader who was List of Prime Ministers of Vietnam/prime minister (1945–55) and president (1945–69) of the Democratic Republic of Vietnam (North Vietnam). He was a key figure in the foundation of the Democratic Republic of Vietnam in 1945, as well as the People's Army of Vietnam (PAVN) and the Viet Cong/Vi?t C?ng (NLF or VC) during the Vietnam War.

He led the Viet Minh/Vi?t Minh independence movement from 1941 onward, establishing the Communism/Communist-ruled Democratic Republic of Vietnam in 1945 and defeating the French Union in 1954 at the battle of Dien Bien Phu/battle of ?i?n Biên Ph?. He officially stepped down from power in 1965 due to health problems, but remained a highly visible figurehead and inspiration for those Vietnamese fighting for his cause—a united, communist Vietnam—until his death. After the war, Saigon, the former capital of the Republic of Vietnam, was renamed Ho Chi Minh City/H? Chí Minh City; however, the name Saigon is still very widely used.

If you enjoy these quotes, be sure to check out other famous activists! More Ho Chi Minh on Wikipedia.

Love other human beings as you would love yourself.

I'm very moved to be here today, ... Our lives are now much better, but Vietnam remains a very poor country. We need to work much harder. 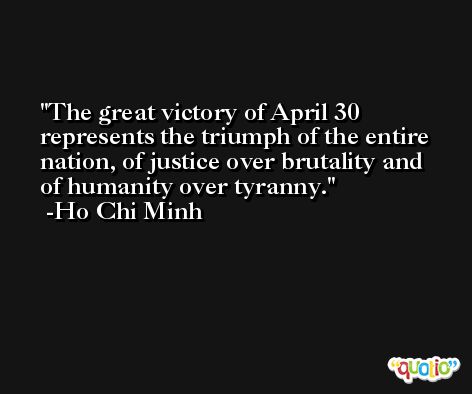 We have a secret weapon...it is called Nationalism.

Write in such a way as that you can be readily understood by both the young and the old, by men as well as women, even by children. 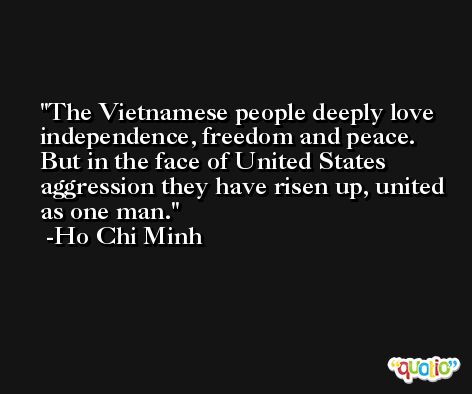 My Duty is like that of a helmsman who must steer safely the boat - the Fatherland - through storms and take people to the shores of happiness.

I've never heard of any president being so close to his people. 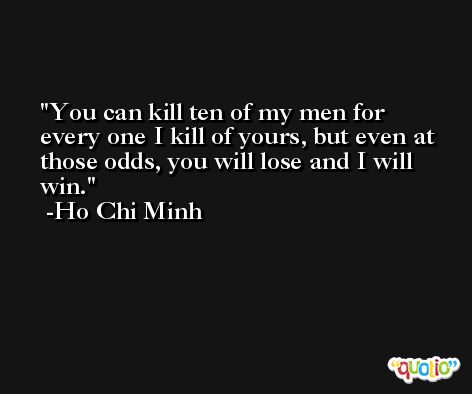