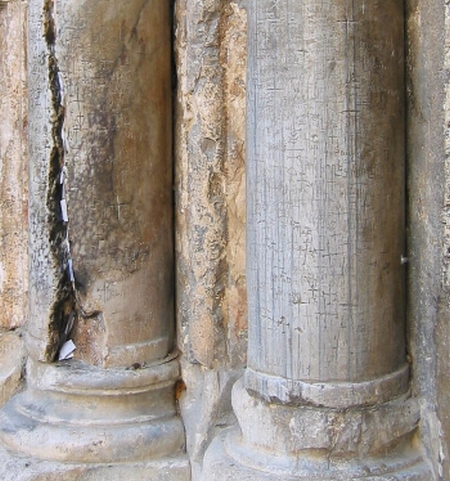 "Graffiti" is writing or drawings that have been scribbled, scratched, or sprayed illicitly on a wall or other surface, often in a public place. Graffiti ranges from simple written words to elaborate wall paintings, and it has existed since ancient times, with examples dating back to Ancient Egypt, Ancient Greece, and the Roman Empire.

In modern times, paint and marker pens have become the most commonly used graffiti materials. In most countries, marking or painting property without the property owner's consent is considered defacement and vandalism, which is a punishable crime.

Graffiti may also express underlying social and political messages and a whole genre of artistic expression is based upon spray paint graffiti styles. Within hip hop culture, graffiti has evolved alongside hip hop music, b-boying, and other elements. Unrelated to hip-hop graffiti, gangs use their own form of graffiti to mark territory or to serve as an indicator of gang-related activities.

Always be sincere, whether you mean it or not.

Is there intelligent life on earth? Yes, but I'm only visiting.

Laughter translates into any language.

Laughter is the only tranquilizer with no side effects.

I used to be indecisive; now I'm not sure.

If ignorance is bliss, there should be more happy people.