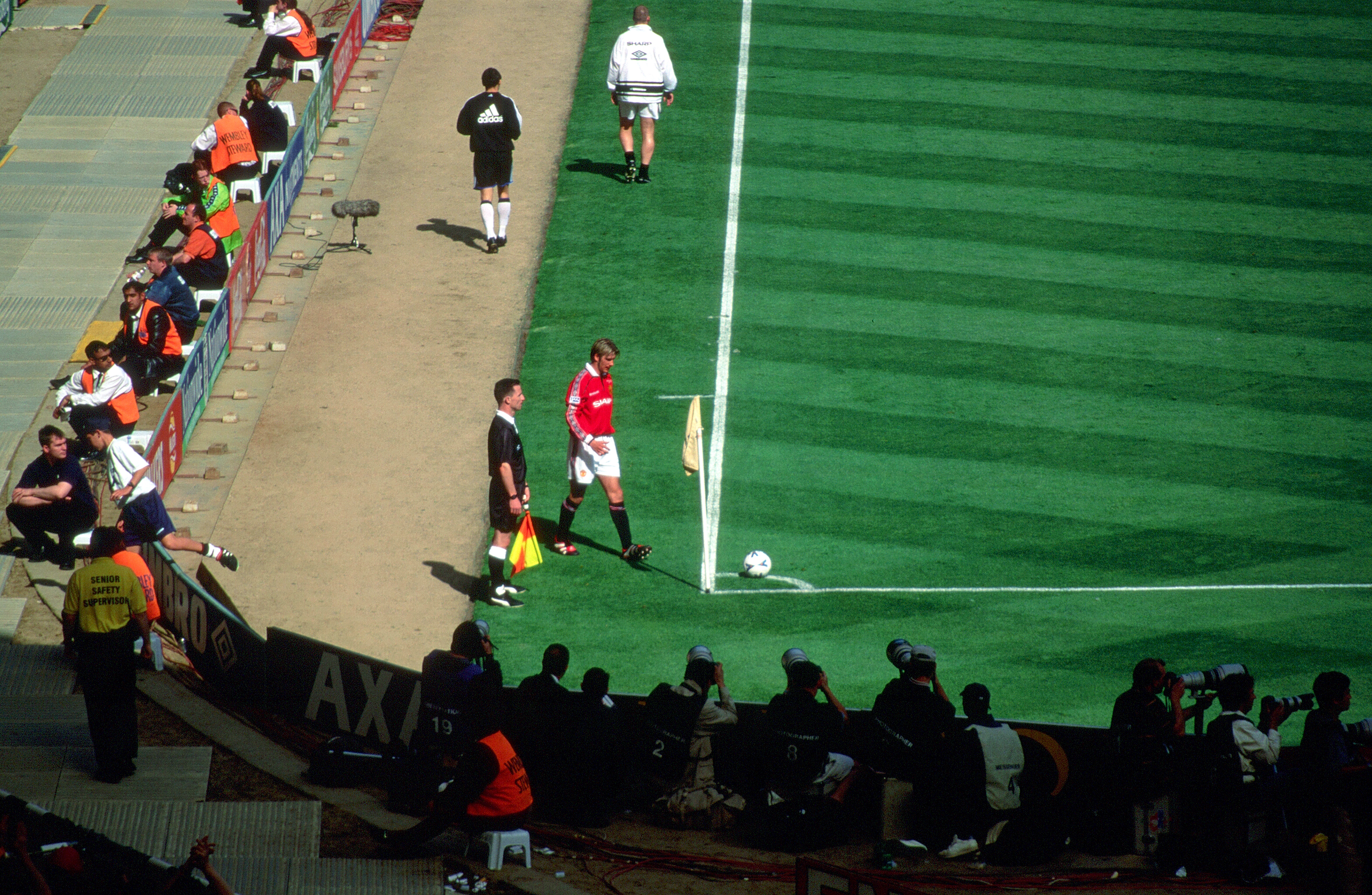 "David Robert Joseph Beckham" , is an English former professional Association football/footballer. He has played for Manchester United F.C./Manchester United, Preston North End F.C./Preston North End, Real Madrid C.F./Real Madrid, A.C. Milan/Milan, LA Galaxy, Paris Saint-Germain F.C./Paris Saint-Germain, and the England national football team/England national team for which he holds the appearance record for an Outfield#Association football/outfield player. He was the first English player to win league titles in four countries, England, Spain, the United States and France. He announced his retirement at the end of the 2012–13 season and, on 18 May 2013, played the final game of his 20-year career.

Beckham's professional career began with Manchester United, where he made his first-team debut in 1992 aged 17. With United, Beckham won the Premier League title six times, the FA Cup twice, and the UEFA Champions League in 1999. He then played four seasons with Real Madrid, winning the La Liga championship in his final season with the club. In July 2007 Beckham signed a five-year contract with Major League Soccer club LA Galaxy. While a Galaxy player, he spent two loan spells in Italy with Milan in 2009 and 2010. Beckham was the first British footballer to play 100 UEFA Champions League/Champions League games.

If you enjoy these quotes, be sure to check out other famous athletes! More David Beckham on Wikipedia.

The spotlight will always be on me, but it's something I'm learning to live with as the years go by.

I always used to go for blondes and quiet girls, but Victoria is the total opposite - dark and loud.

I definitely want Brooklyn to be christened, but I don't know into what religion yet.

My parents have been there for me, ever since I was about 7.

We just didn't play to our potential.

My life here is perfect and I'm happy at Real Madrid so of course I want to stay as long as I can.

We've been asked to do 'Playboy' together, me and Victoria, as a pair. I don't think I'll ever go naked, but I'll never say never.

The club have said they want to talk to me about signing a new deal and I am very happy to do that.