"Travis Parker" is a professional snowboarder. Taught by his inspiration Jack Zerba. Originally from Jonestown, Texas, his sponsors have included Capita Super, K2 Snowboards, DC Shoes/DC Boots, Airblaster, Union Bindings, Level, Lifetime, and Bluebird. In 2005, Parker started riding for Capita, having left longtime sponsor K2. At the end of the 2009 season, Parker quit most of his sponsors, reputedly to become a sushi chef, and dropped out of the snowboarding world. Ahead of the 2011 season, it was announced that Travis was once again riding for K2. Travis is known for his original riding style and approach to snowboarding, including vowing to ride switch for the entire 2009 season.

Parker had a pro-model board for several years while on K2, the Parka, and helped Capita develop the Unorthodox board, notable for having a cutaway at both nose and tail.

We did a great job on him. We got him a little frustrated at the beginning of the game. 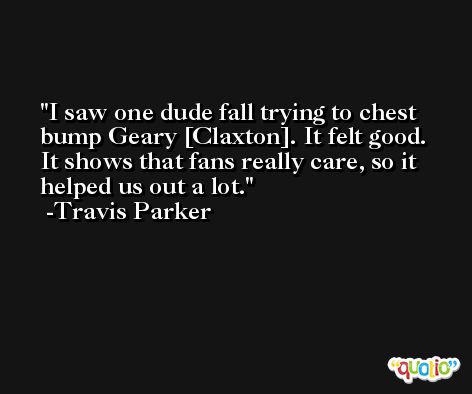 Last year my legs were hurting a lot, because we had to practice every play, every day. This year, we've got people that can come in and sub for us.

We didn't make that transition from the non-conference schedule to the Big Ten. After that game, that beating they gave us, we started focusing and seeing that we're in the Big Ten conference now. 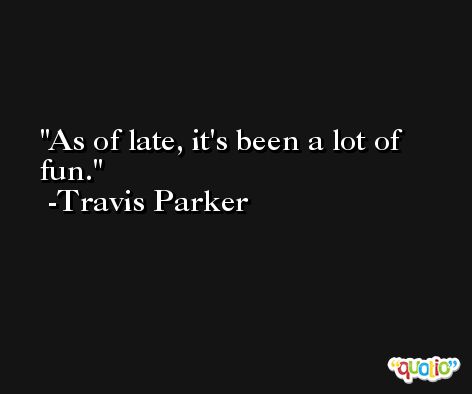 [Purdue] has been doing pretty -- well, I wouldn't say great -- but I think they've been doing some winning since the last time we played them.

I don't think we're gonna doubt it 'till the end of the season. 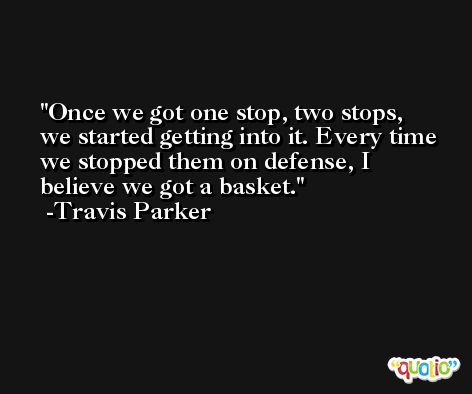