"Thomas Jefferson" was an American Founding Fathers of the United States/Founding Father, the principal author of the United States Declaration of Independence/Declaration of Independence (1776), and the third President of the United States (1801–1809). He was a spokesman for democracy, and embraced the principles of republicanism and the rights of the individual with worldwide influence. At the beginning of the American Revolution, he served in the Continental Congress, representing Virginia, and then served as a wartime Governor of Virginia (1779–1781). In May 1785, he became the United States Minister to France and later the first United States Secretary of State (1790–1793) serving under President George Washington. In opposition to Alexander Hamilton's Federalist Party/Federalism, Jefferson and his close friend, James Madison, organized the Democratic-Republican Party, and later resigned from Washington's cabinet. Elected Vice President in 1796 in the administration of John Adams, Jefferson opposed Adams, and with Madison secretly wrote the Kentucky and Virginia Resolutions, which attempted to nullify the Alien and Sedition Acts.

If you enjoy these quotes, be sure to check out other famous presidents! More Thomas Jefferson on Wikipedia.

The idle are the only wretched.

A mind always employed is always happy. This is the true secret, the grand recipe, for felicity. 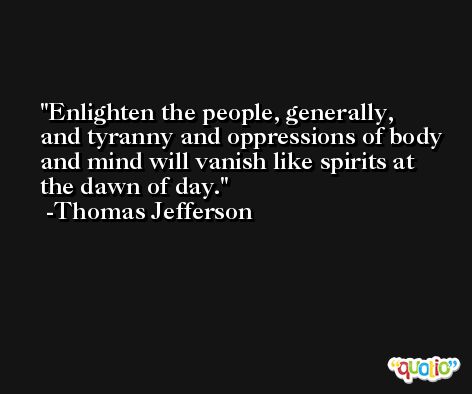 I never told my religion nor scrutinize that of another. I never attempted to make a convert nor wished to change another's creed. I have judged of others' religion by their lives, for it is from our lives and not from our words that our religion must be read. By the same test must the world judge me. 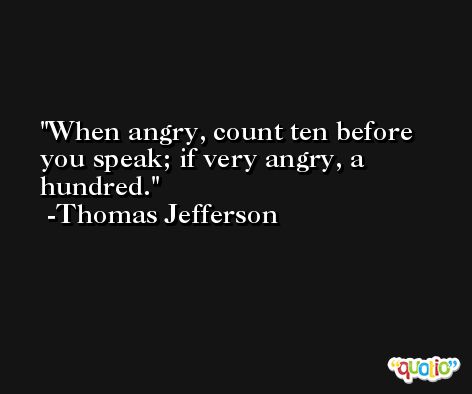 Walking is the best possible exercise. Habituate yourself to walk very far.

Every citizen should be a soldier. This was the case with the Greeks and Romans, and must be that of every free state. 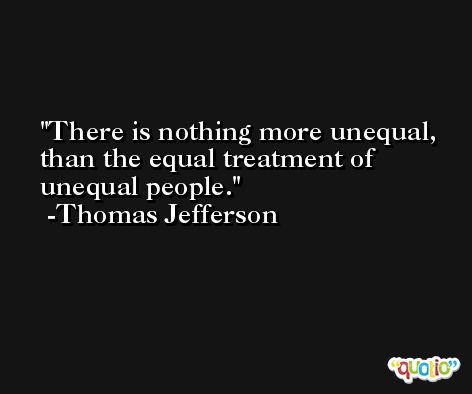 Rebellion to tyrants is obedience to God.

That government is best which governs the least, because its people discipline themselves. 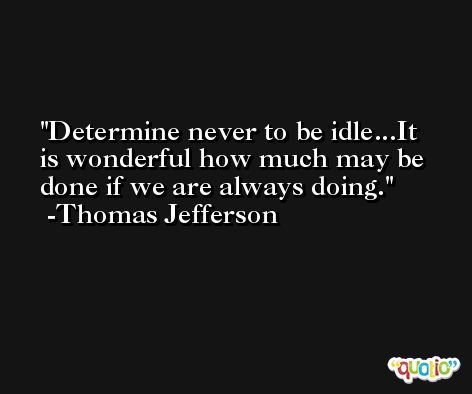 When a man assumes a public trust, he should consider himself as public property.

Fix reason firmly in her seat, and call to her tribunal every fact, every opinion. Question with boldness even the existence of a god; because, if there be one, he must approve the homage of reason rather than of blind-folded fear. Do not be frightened from this inquiry by any fear of its consequences. 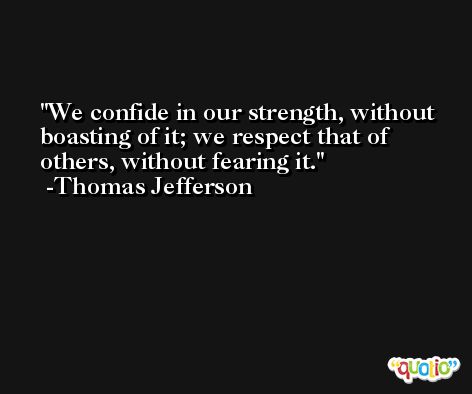 The price of freedom is eternal vigilance.

It is error alone which needs the support of government. Truth can stand by itself. 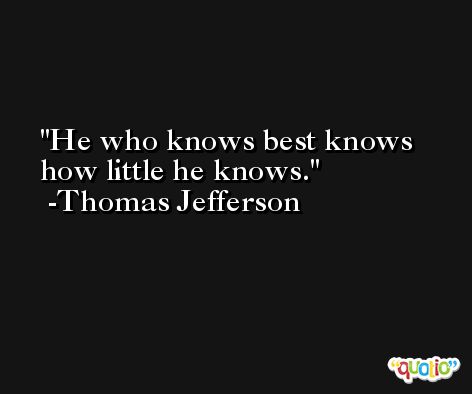 I believe that justice is instinct and innate, the moral sense is as much a part of our constitution as the threat of feeling, seeing and hearing. I have no fear that the result of our experiment will be that men may be trusted to govern themselves without a master.

Experience hath shewn, that even under the best forms (of government) those entrusted with power have, in time, and by slow operations, perverted it into tyranny. 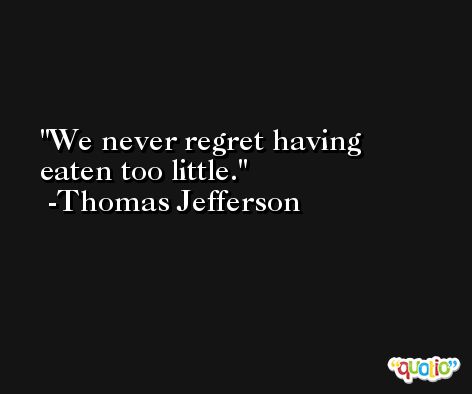 The sovereign invigorator of the body is exercise, and of all the exercises walking is the best.

Our friendships are precious, not only in the shade, but in the sunshine of life;and thanks to a benevolent arrangement of things, the greater part is sunshine. 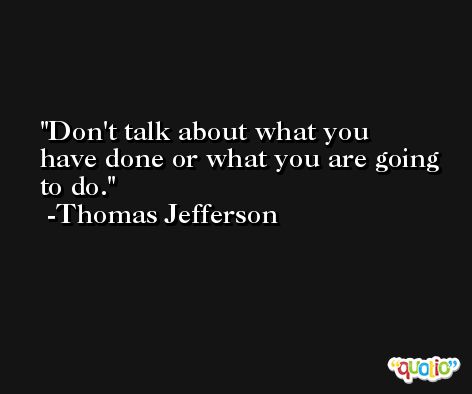 Democracy is 51% of the people taking away the rights of the other 49%.

I am for freedom of religion, & against all maneuvres to bring about a legal ascendancy of one sect over another. 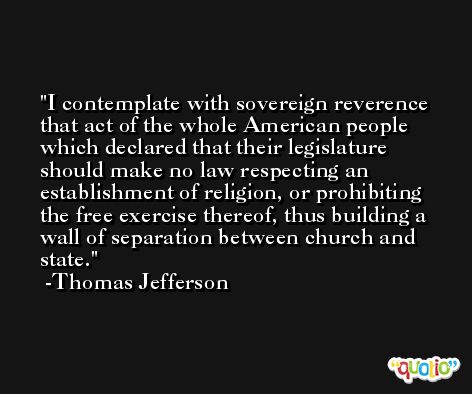