Our business here doesn't really fit with what's happening in this end of the city. It's all condos and residential.

God took her out of the misery. David Campbell exposed it for what it was. 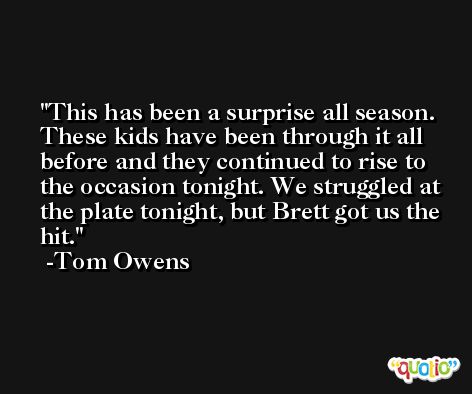 I went nuts. I went to the school board and told them they couldn't can't refuse this, we've gone this far.

I firmly believe if a person is just bound and determined to self-destruct, what can you or anybody else do? What we can do is to make sure that child doesn't just sit there and watch it. 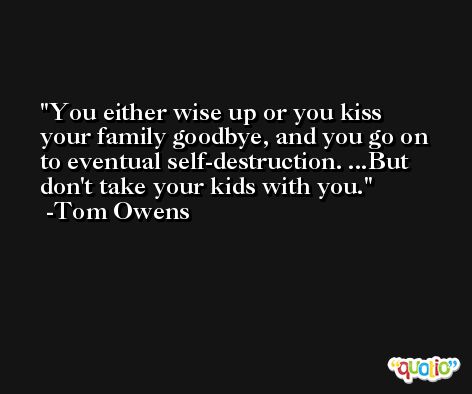 That little rascal can bring it up there. He's touched 90 a few times, has a good curve and an awesome slider.