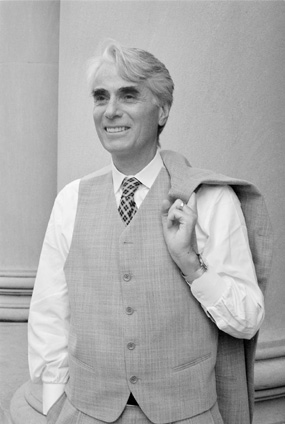 "Robert Nozick" was an United States/American philosopher who was most prominent in the 1970s and 1980s. He was a professor at Harvard University. He is best known for his book Anarchy, State, and Utopia (1974), a libertarianism/libertarian answer to John Rawls' A Theory of Justice (1971). His other work involved decision theory and epistemology.

If you enjoy these quotes, be sure to check out other famous philosophers! More Robert Nozick on Wikipedia.

There is no social entity with a good that undergoes some sacrifice for its own good. There are only individual people, different individual people, with their own individual lives. Using one of these people for the benefit of others, uses him and benefits the others. Nothing more.

Individuals have rights and there are things no person or group may do to them (without violating their rights). 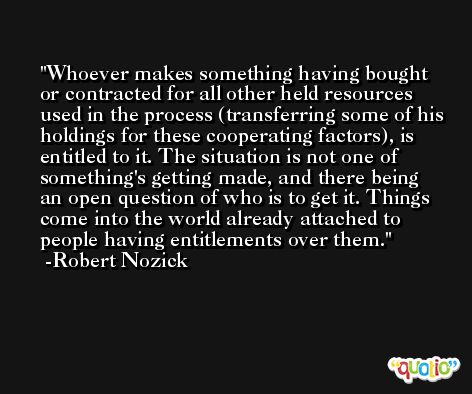