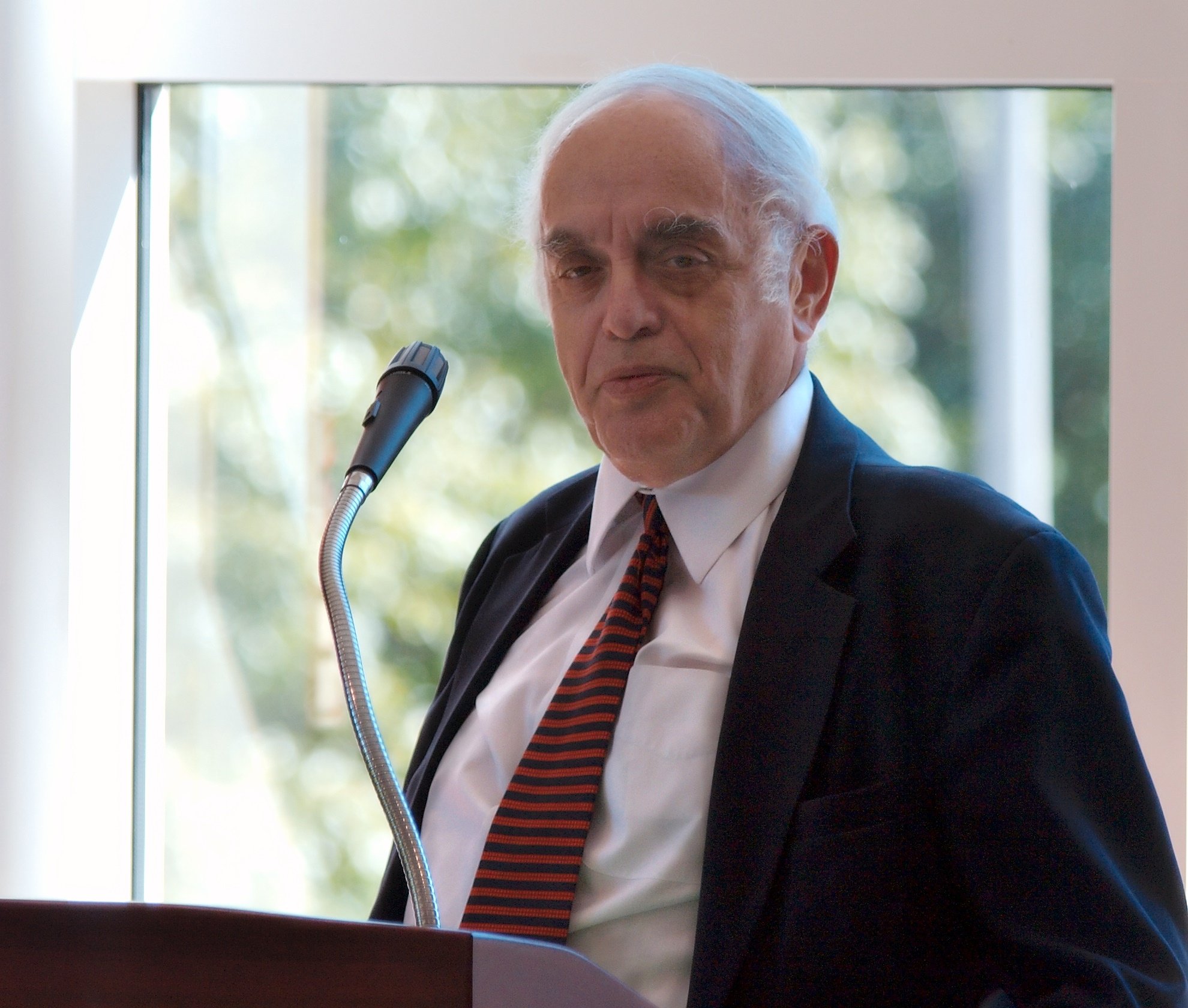 "Robert David Sanders """Bob""" Novak" was an American syndicated columnist, journalist, television personality, author, and Conservatism in the United States/conservative pundit (expert)/political commentator. After working for two newspapers before serving for the U.S. Army in the Korean War, he became a reporter for the Associated Press and then for The Wall Street Journal. He teamed up with Rowland Evans in 1963 to start Inside Report, which became the longest running syndicated political column in U.S. history and ran in hundreds of papers. They also started the Evans-Novak Political Report, a notable biweekly newsletter, in 1967.

Novak and Evans played a significant role for CNN after the network's founding. He worked as a well-known television personality in programs such as Capital Gang, Crossfire (TV series)/Crossfire, and Evans, Novak, Hunt & Shields/Evans, Novak, Hunt, & Shields. He also wrote for numerous other publications such as Reader's Digest. On August 4, 2008, Novak announced that he had been diagnosed with a brain tumor, that his prognosis was "dire", and that he was retiring. He succumbed to the disease on August 18, 2009 after having returned home to spend his last days with his family.

If you enjoy these quotes, be sure to check out other famous journalists! More Robert Novak on Wikipedia.

I apologize for my conduct and I'm sorry I did it, I'll follow their guidance.

That bloodless dismissal made the human tragedy and physical mayhem on the Gulf Coast seem like a bureaucratic mistake, ... It was similar to saying the Pearl Harbor attack should not have been investigated and nobody disciplined for failures until World War II was won. 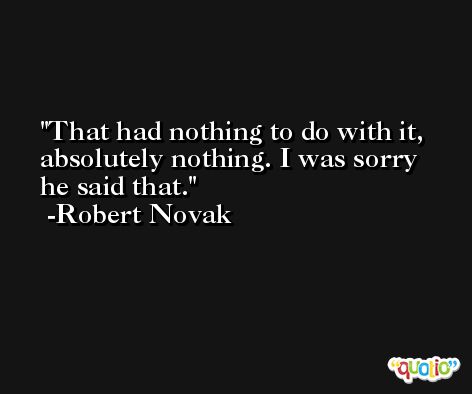 That's what I think. That's why I brought it in here. I didn't want to make a mess in my office.

An agency operative on weapons of mass destruction. 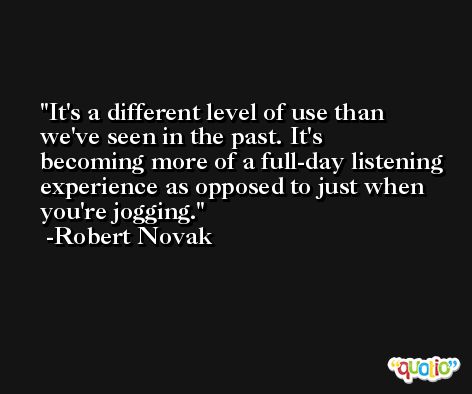