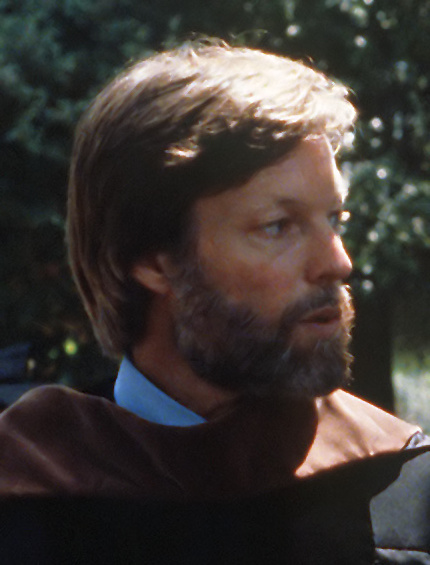 "George Richard Chamberlain" is an American stage and screen actor and singer, who became a teen idol in the title role of the television show Dr. Kildare (TV series)/Dr. Kildare (1961–66).

If you enjoy these quotes, be sure to check out other famous actors! More Richard Chamberlain on Wikipedia.

I consider myself a religious person. God is something very personal with me and I don't flaunt religion in conversation with others.

"Handsome" means many things to many people. If people consider me handsome, I feel flattered - and have my parents to thank for it. Realistically, it doesn't hurt to be good-looking, especially in this business. 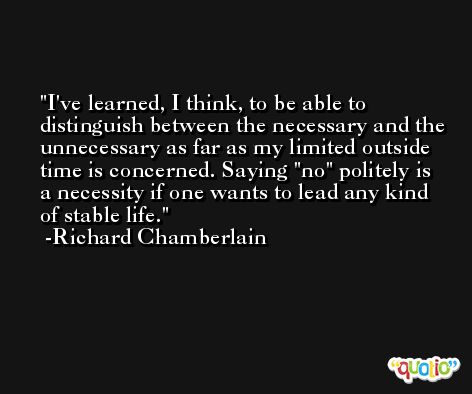 Over a long period of time, living as if you were someone else is no fun.

I suppose everyone tells little white lies. Quite often they're necessary to make someone feel better or prevent feelings from being hurt. Whoppers? No, that's dangerous and they'll boomerang. 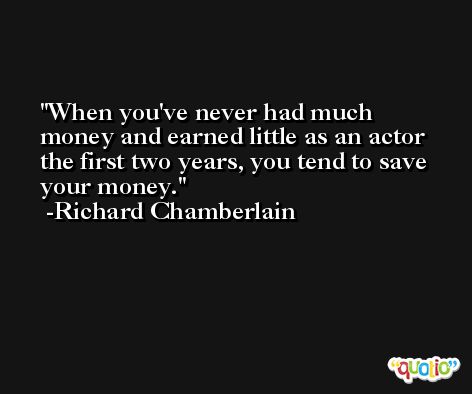 What is bravery? I think it's largely when one acts spontaneously before weighing the possibilities of self-injury.

I actually feel sorry for people who have a lot of illusions in their head about what gay is. I mean, I know some gay people who are really wonderful people. 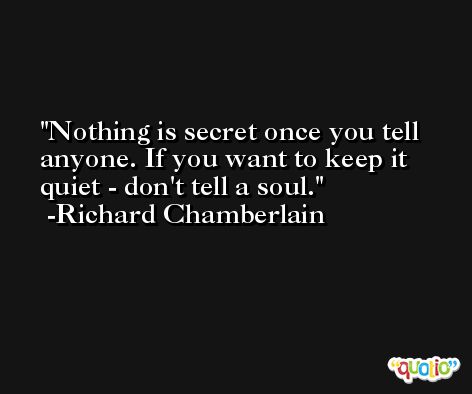