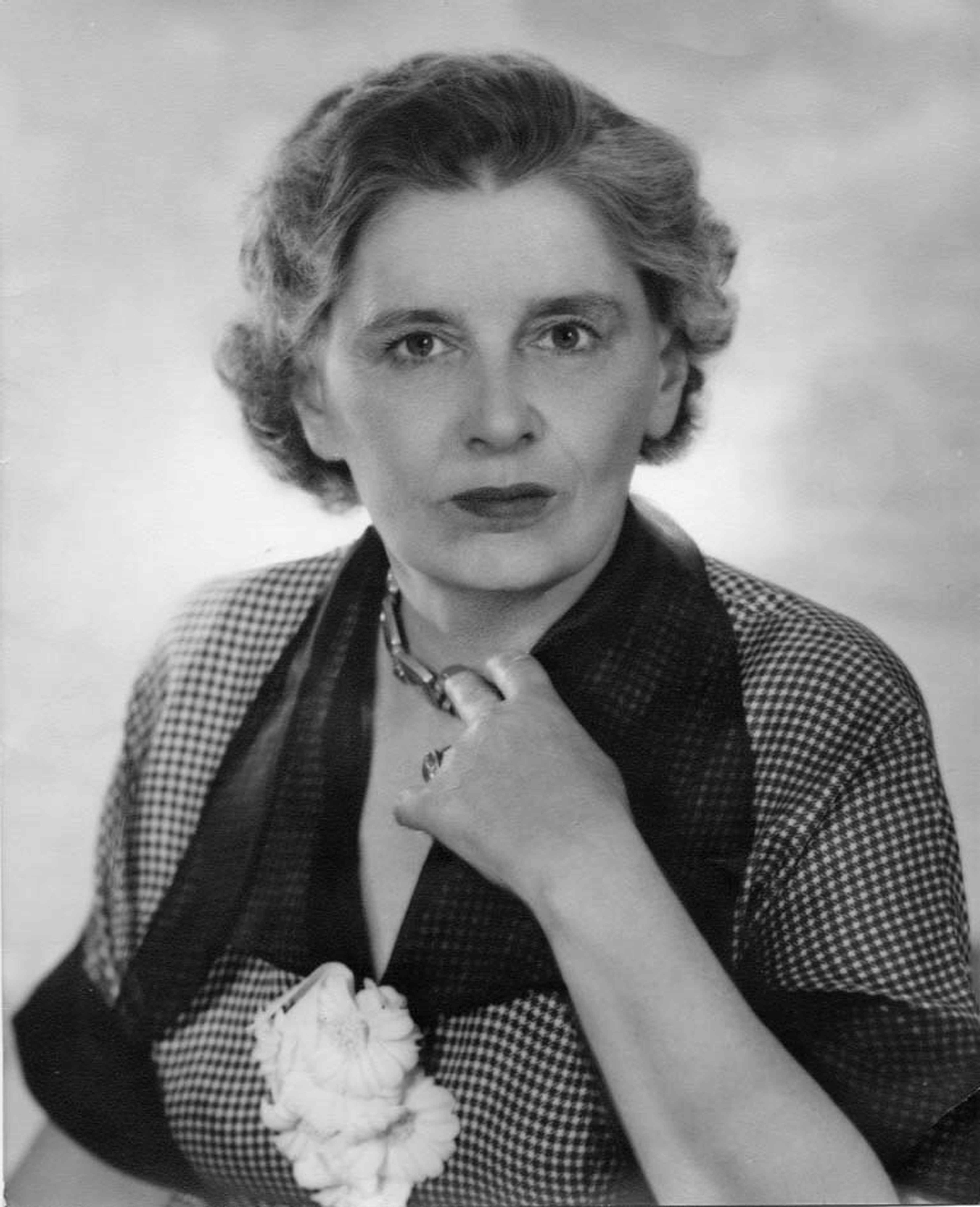 "Dame Cicely Isabel Fairfield" Order of the British Empire/DBE, known as "Rebecca West", or "Dame Rebecca West", was a British author, journalist, literary criticism/literary critic and travel writer. A prolific, protean author who wrote in many genres, West was committed to feminist and liberal principles and was widely considered to be among the important public intellectuals of the 20th century. She reviewed books for The Times, the New York Herald Tribune, the Sunday Telegraph, and the The New Republic/New Republic, and she was a correspondent for The Bookman (New York)/The Bookman. Her major works include Black Lamb and Grey Falcon (1941), on the history and culture of Yugoslavia; A Train of Powder (1955), her coverage of the Nuremberg trials, published originally in The New Yorker; The Meaning of Treason, later The New Meaning of Treason, a study of the trial of the British Fascists/British Fascist William Joyce and others; The Return of the Soldier, a modernist World War I novel; and the "Aubrey trilogy" of autobiographical novels, The Fountain Overflows, This Real Night, and Cousin Rosamund. Time Magazine/Time called her "indisputably the world's number one woman writer" in 1947. She was made CBE in 1949, and DBE in 1959, in recognition of her outstanding contributions to British letters.

If you enjoy these quotes, be sure to check out other famous writers! More Rebecca West on Wikipedia.

I only know that people call me a feminist whenever I express sentiments that differentiate me from a doormat or a prostitute.

There is no such thing as conversation. It is an illusion. There are intersecting monologues, that is all. 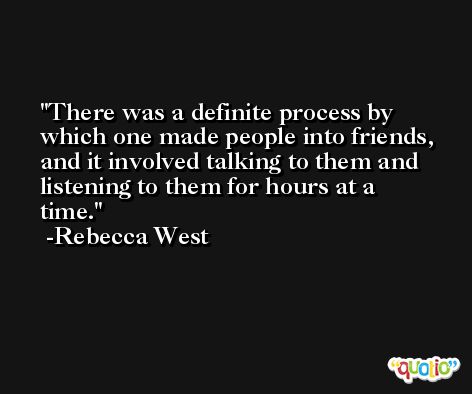 Life ought to be a struggle of desire toward adventures whose nobility will fertilize the soul. 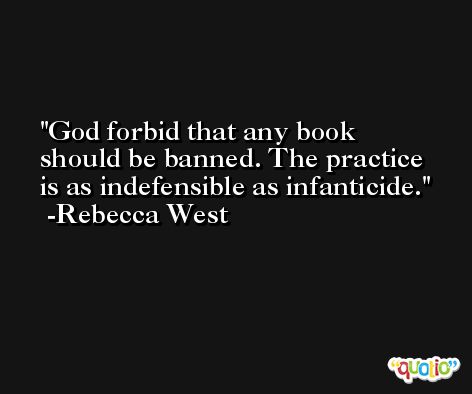 The main difference between men and women is that men are lunatics and women are idiots.

I...have never been able to find out precisely what feminism is. I only know that people call me a feminist when I express sentiments that differentiate me from a doormat, or a prostitute. 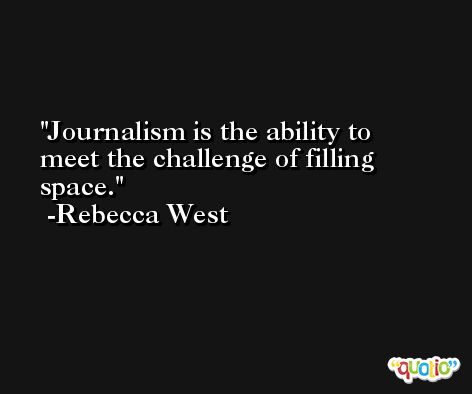 It's the soul's duty to be loyal to its own desires. It must abandon itself to its master passion.

Before a war military science seems a real science, like astronomy; but after a war it seems more like astrology. 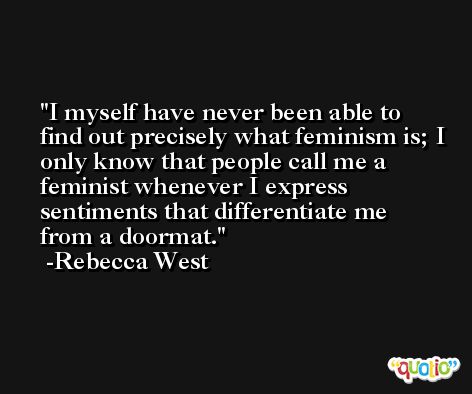 Man is a hating rather than a loving animal. 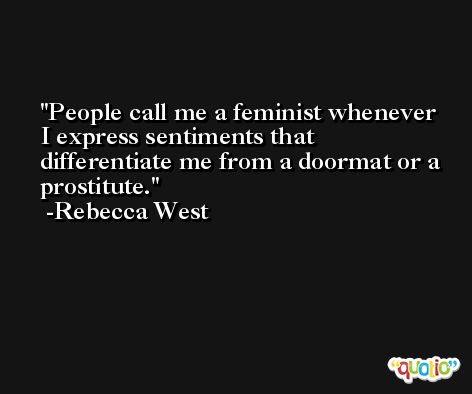 If the whole human race lay in one grave, the epitaph on its headstone might well be: "It seemed a good idea at the time."