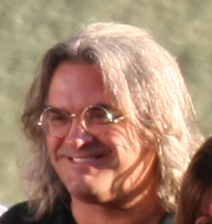 "Paul Greengrass" is an English film director, screenwriter and former journalist. He specialises in dramatisations of real-life events and is known for his signature use of hand-held cameras. Films he has directed include two in the Bourne (film series)/Bourne series, The Bourne Supremacy (film)/The Bourne Supremacy (2004) and The Bourne Ultimatum (film)/The Bourne Ultimatum (2007), United 93 (film)/United 93 (2006), for which he won the BAFTA Award for Best Direction/BAFTA Award for Best Director, and received an Academy Award for Best Director nomination, Green Zone (film)/Green Zone (2010) and Captain Phillips (film)/Captain Phillips (2013).

Greengrass is ranked the fifth most commercially successful British director since 2001 after David Yates, Christopher Nolan, Mike Newell (director)/Mike Newell and Ridley Scott. He is currently the president of Directors UK.

Why are people saying it's too soon? Like the people on that flight, we need to agree about what to do about terrorism. And I think we need to have that conversation now.

That final image haunts me -- a physical struggle for the controls of a gasoline-fueled 21st-Century flying machine between a band of suicidal religious fanatics and a group of innocents drawn from amongst us all. It's really, in a way, the struggle for our world today. 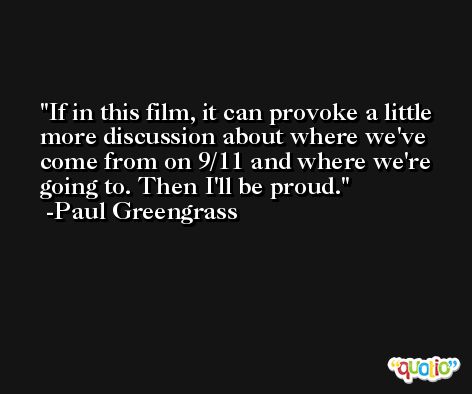 They all saw it, and they all approve of it.

We expect our movie stars to do extraordinary things, because they're iconic. But to capture the measure of achievement of those people on that airplane, it was essential to believe they were as ordinary as you or I. 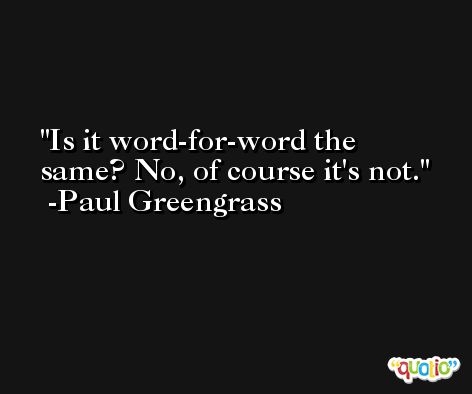 The events of 9/11 had a massive effect on me, like everyone, and I wanted to use my position as a filmmaker to contribute something so they are not casually forgotten. By honoring the families who lost those they loved, I hope we can ensure that their sacrifice is remembered and hopefully seek wisdom in the future.

They'll see it's been made in a responsible fashion — by serious people. And I hope they will see it's making a contribution to a very necessary debate.