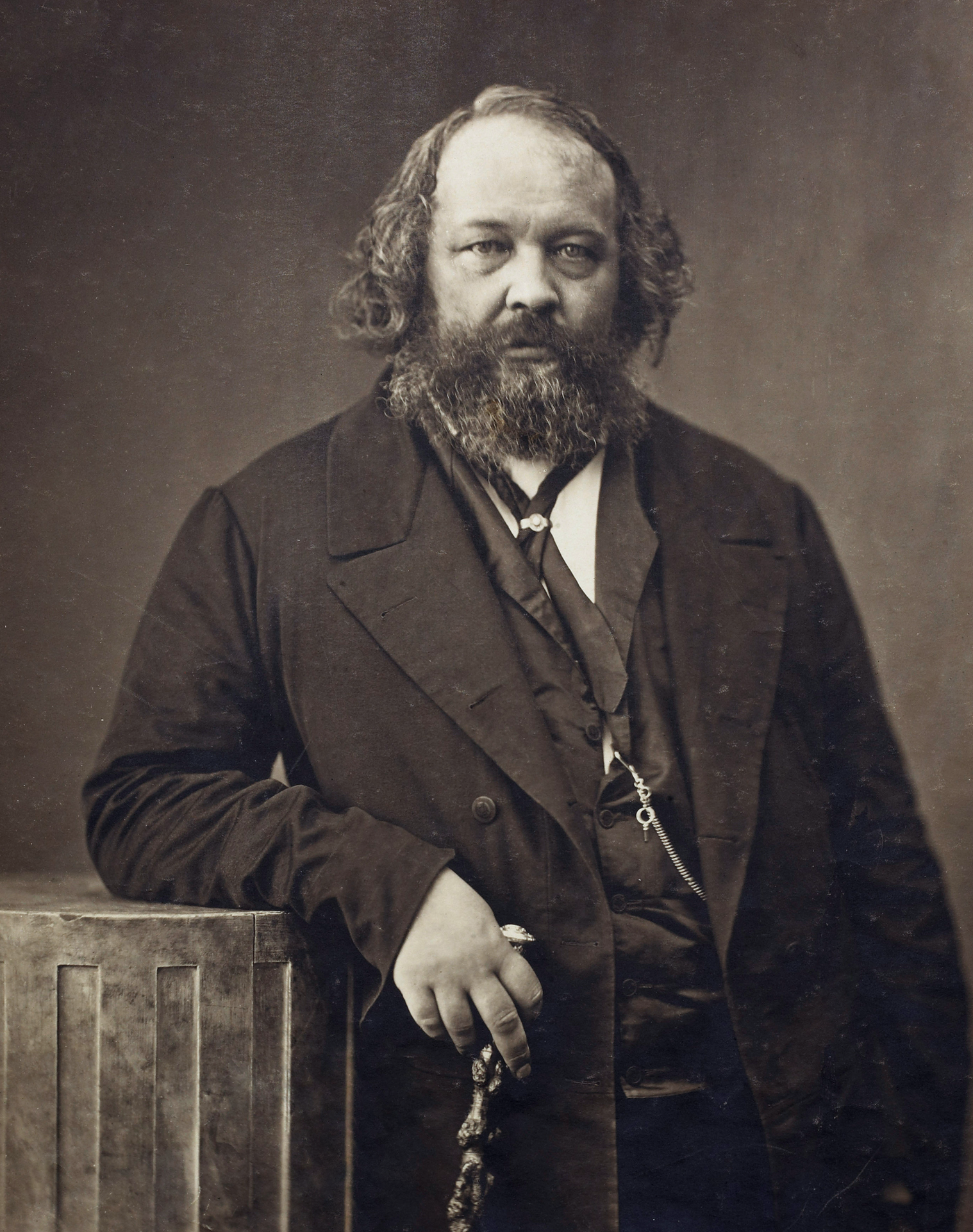 "Mikhail Alexandrovich Bakunin" was a Russian revolutionary anarchist, and founder of collectivist anarchism. He is considered among the most influential figures of anarchism, and one of the principal founders of the "Social anarchism/social anarchist" tradition. Bakunin's enormous prestige as an activist made him one of the most famous ideologues in Europe, and he gained substantial influence among radicals throughout Russia and Europe.

If you enjoy these quotes, be sure to check out other famous activists! More Mikhail Bakunin on Wikipedia.

I reverse the phrase of Voltaire, and say that if God really existed, it would be necessary to abolish him.

The passion for destruction is also a creative passion. 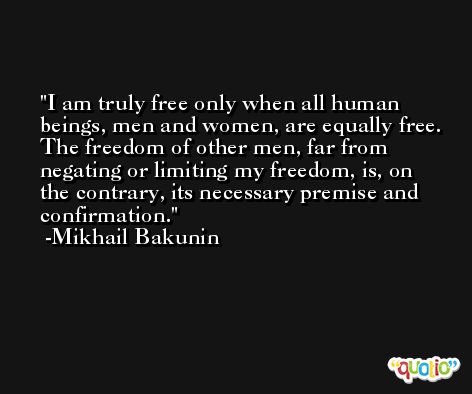 People go to church for the same reasons they go to a tavern: to stupefy themselves, to forget their misery, to imagine themselves, for a few minutes anyway, free and happy. 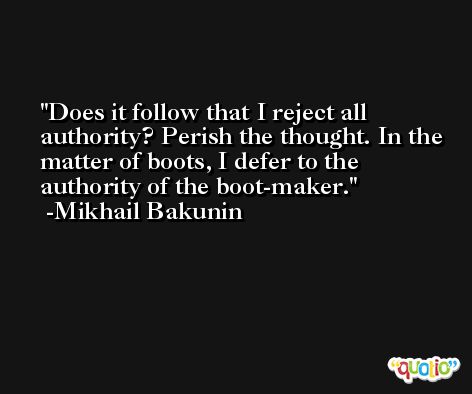 To revolt is a natural tendency of life. Even a worm turns against the foot that crushes it. In general, the vitality and relative dignity of an animal can be measured by the intensity of its instinct to revolt.

The first revolt is against the supreme tyranny of theology, of the phantom of God. As long as we have a master in heaven, we will be slaves on earth. 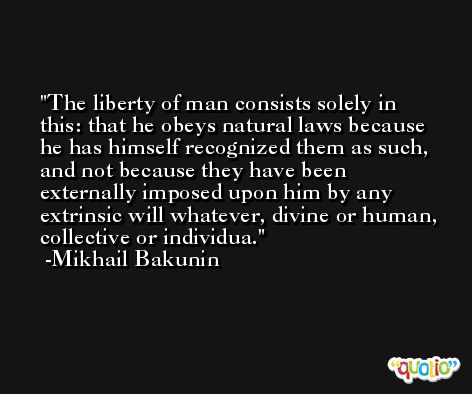 The freedom of all is essential to my freedom.