"Mark Goodman" is a radio DJ, TV personality, and actor. He is best known as one of the original five VJ (media personality)/VJs on MTV, from 1981-1987. He was supposed to be the first of the five to be broadcast at MTV's premiere on August 1, 1981. However, due to errors sequencing the clips, he was the last of the VJ (media personality)/VJs to introduce themselves after "Video Killed the Radio Star" by The Buggles and "You Better Run" by Pat Benatar.

It was the (strangest) hurricane we've seen in a long time.

We are fortunate in Onslow County that we don't flood very easily, ... We are expecting some minor coastal flooding. We don't expect anything to pose a serious threat to property or people but as always people should be careful driving through ponds on roadways. 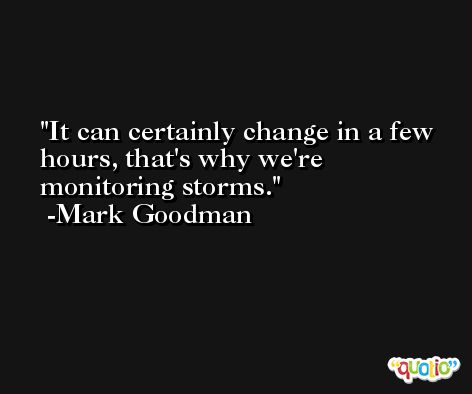 It's opportunistic. People see this as a way to go after stations that are of value and of use. In the process, student voices can be lost, and the entire society loses. From teen pregnancy to school testing, we understand our world better and our teenagers better when we hear them.

I hope the people coming to see the archbishop will come away having met Jesus in a new way, ... I hope that people will be energized to carry their relationship with Jesus into all the aspects of their life. 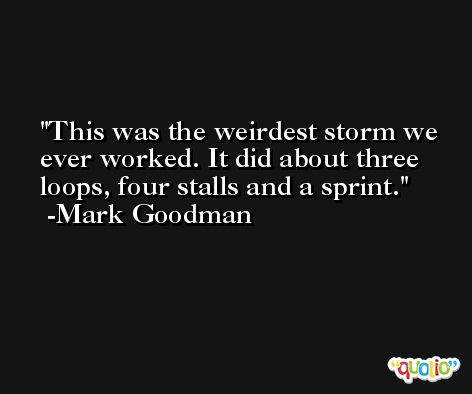 Stay off the roads. Stay away from water. (There) could be live power lines.

This storm, if it stays on its current track, timing and pace, it should hit Onslow County at high tide and during an astronomically high-tide cycle.