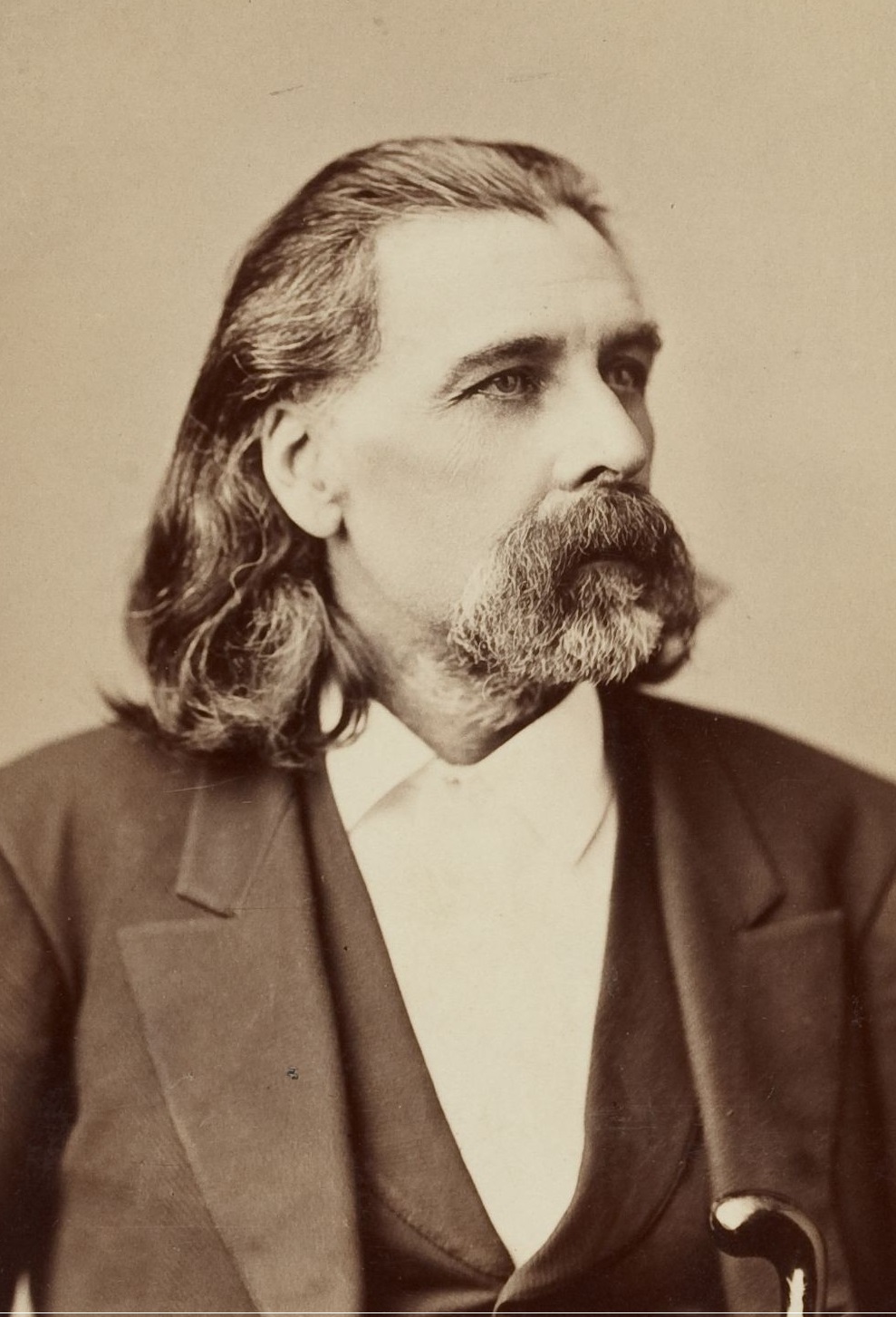 "Josh Billings" was the pen name of 19th-century American humorist "Henry Wheeler Shaw". Although his reputation has not endured so well with later generations, in the latter half of the 19th century he was a famous humor writer and lecturer in the United States, perhaps second only to Mark Twain.

If you enjoy these quotes, be sure to check out other famous comedians! More Josh Billings on Wikipedia.

There is no revenge so complete as forgiveness.

Don't take the bull by the horns, take him by the tail; then you can let go when you want to. 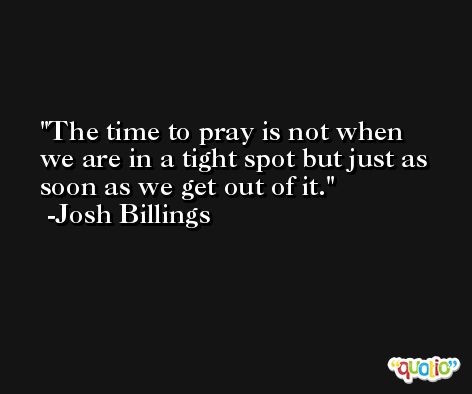 Those who enter heaven may find the outer walls plastered with creeds, but they won't find any on the inside.

A dog is the only thing on earth that loves you more than he loves himself. 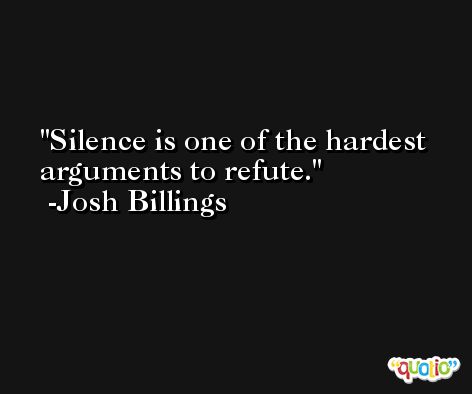 Common sense is instinct, and enough of it is genius.

One of the greatest victories you can gain over someone is to beat him at politeness. 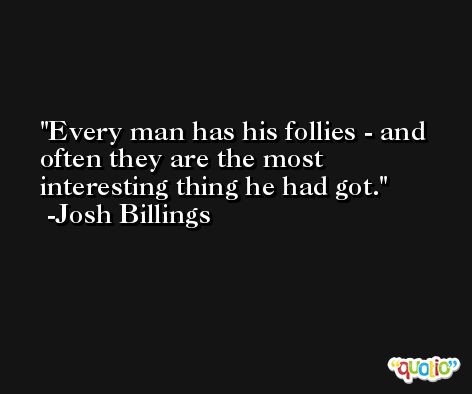 The best way to convince a fool that he is wrong is to let him have his own way.

Laughing is the sensation of feeling good all over and showing it principally in one spot. 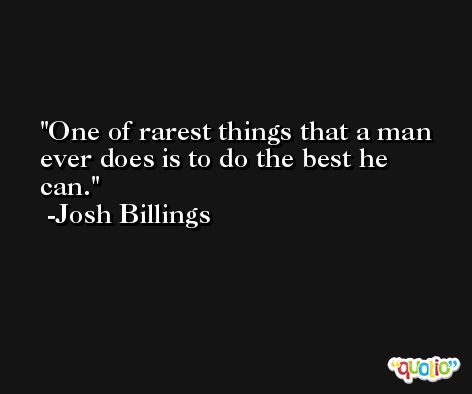 About the most originality that any writer can hope to achieve honestly is to steal with good judgment.

If there was no faith there would be no living in this world. We couldn't even eat hash with safety. 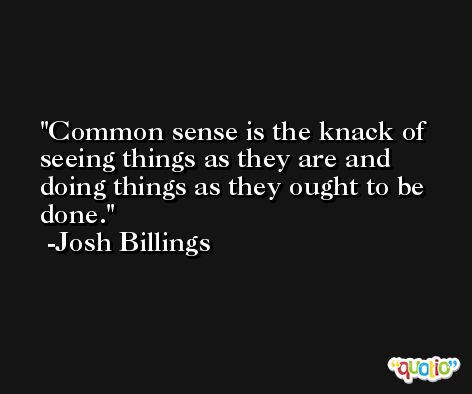 To bring up a child in the way he should go, travel that way yourself once in a while.

Flattery is like cologne water, to be smelt of, not swallowed. 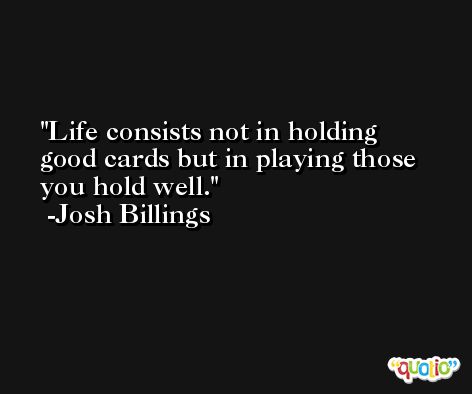 Consider the postage stamp: its usefulness consists in the ability to stick to one thing till it gets there.

The trouble with most folks isn't so much their ignorance. It's know'n so many things that ain't so. 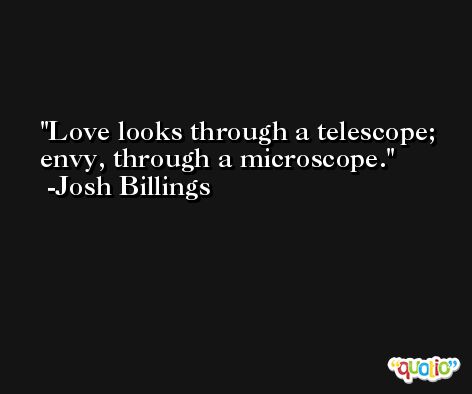 It may be risky to marry for love, but it's so honest that the Lord just has to smile on it.

The truly innocent are those who not only are guiltless themselves, but who think others are. 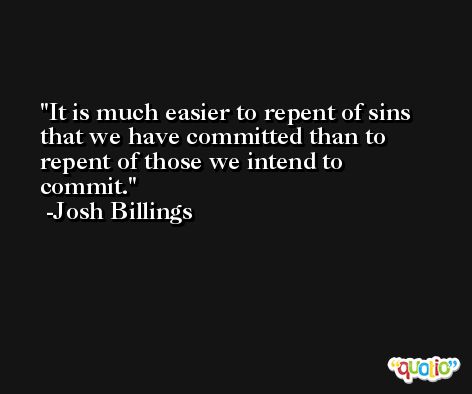 You can buy a pretty good dog with a lot of money, but you can't buy the wag of its tail.

No one can disgrace us but ourselves. 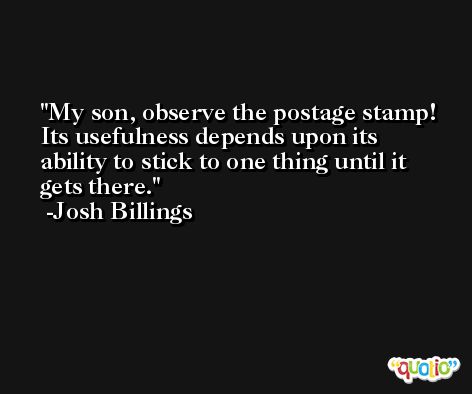 As scarce as truth is, the supply has always been in excess of the demand.

There are people who are always anticipating trouble, and in this way they manage to enjoy many sorrows that never really happen to them.