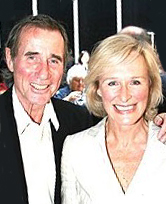 "Jim Dale", , is an English-United States/American actor, voice artist, and singer-songwriter. He is best known in the United Kingdom for his many appearances in the Carry On films/Carry On series of films and in the US for narrating the Harry Potter audiobook series, for which he received two Grammy Awards, and the ABC series Pushing Daisies. In the 1970s, Dale was a member of the Royal National Theatre/National Theatre Company.Olivier at Work, ed. Lyn Haill, (1989), p 103

If you enjoy these quotes, be sure to check out other famous musicians! More Jim Dale on Wikipedia.

We talk about theatre museums filled with old costumes and things. What we also need is a theatre museum of the old routines on videotape. We are only the custodians of those techniques, and they should be preserved. 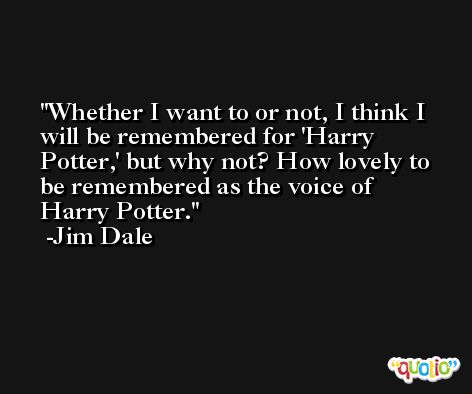 It helps if you have an ear for voices and accents. 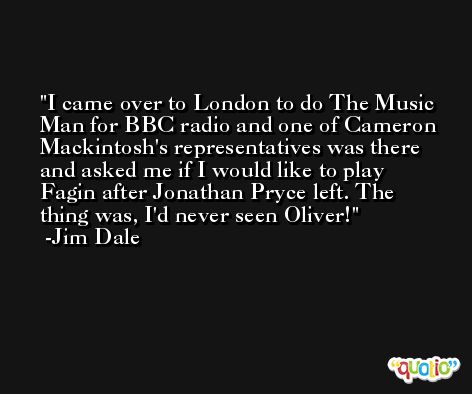 I'm still a kid inside, and adventure is adventure wherever you find it.

I was immersed completely in the 'Harry Potter' world. I recognized that this was something exceptionally clever and very good and very well written, with a prospect of six more books to follow. So of course, this really whetted my appetite. 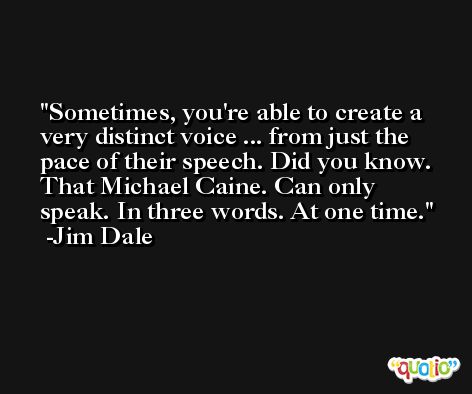