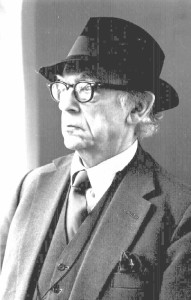 "Sir Isaiah Berlin" Order of Merit (Commonwealth)/OM, Order of the British Empire/CBE, British Academy/FBA (6 June 1909 – 5 November 1997) was a Russo-British Jewish social and political theorist, philosopher and historian of ideas, "thought by many to be the dominant scholar of his generation". He excelled as an essayist, conversationalist and raconteur; and as a brilliant lecturer who improvisation/improvised, rapidly and spontaneously, richly allusive and coherently structured material. He translated works by Ivan Turgenev from Russian into English and, during the war, worked for the British Diplomatic Service. In its obituary of the scholar, the The Independent /Independent stated that "Isaiah Berlin was often described, especially in his old age, by means of superlatives: the world's greatest talker, the century's most inspired reader, one of the finest minds of our time... there is no doubt that he showed in more than one direction the unexpectedly large possibilities open to us at the top end of the range of human potential".

If you enjoy these quotes, be sure to check out other famous philosophers! More Isaiah Berlin on Wikipedia.

Injustice, poverty, slavery, ignorance - these may be cured by reform or revolution. But men do not live only by fighting evils. They live by positive goals, individual and collective, a vast variety of them, seldom predictable, at times incompatible.

Only barbarians are not curious about where they come from, how they came to be where they are, where they appear to be going, whether they wish to go there, and if so, why, and if not, why not. 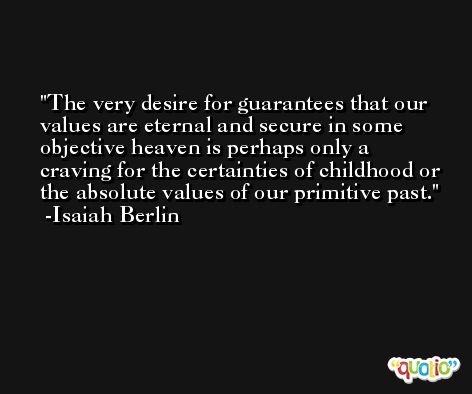 Few new truths have ever won their way against the resistance of established ideas save by being overstated.

The fundamental sense of freedom is freedom from chains, from imprisonment, from enslavement by others. The rest is extension of this sense, or else metaphor. 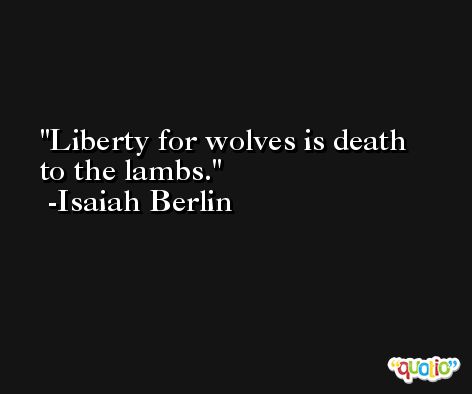 For all his sense of history, his large, untroubled, easy-going style of life, his unshakable feeling of personal security, his natural assumption of being at home in the great world far beyond the confines of his own country, Roosevelt was a typical child of the twentieth century and of the New World.

Philosophers are adults who persist in asking childish questions.