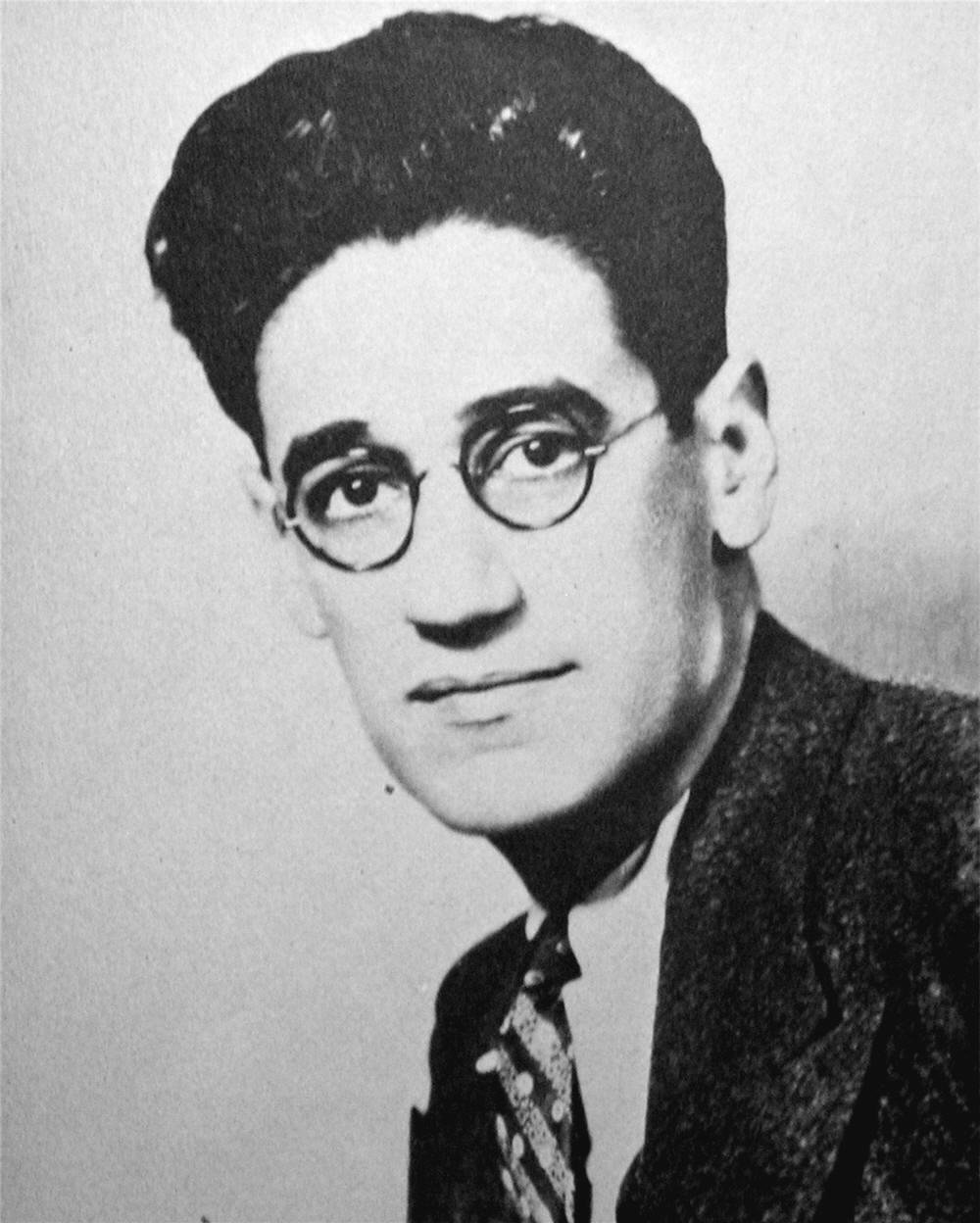 "George Simon Kaufman" was an American playwright, theatre director and theatre producer/producer, humorist, and drama critic. In addition to comedies and political satire, he wrote several musicals, notably for the Marx Brothers. One play and one musical that he wrote won the Pulitzer Prize for Drama: You Can't Take It With You (1937, with Moss Hart), and Of Thee I Sing (1932, with Morrie Ryskind and Ira Gershwin). He also won the Tony Award as a Director, for the musical Guys and Dolls (musical)/Guys and Dolls.

If you enjoy these quotes, be sure to check out other famous dramatists! More George S. Kaufman on Wikipedia.

At dramatic rehearsals, the only author that's better than an absent one is a dead one.

I understand your new play is full of single entendres. 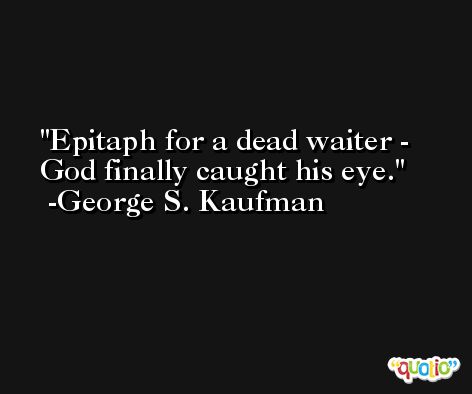 They're not understudies, they're overstudies.

Satire is what closes on Saturday night. 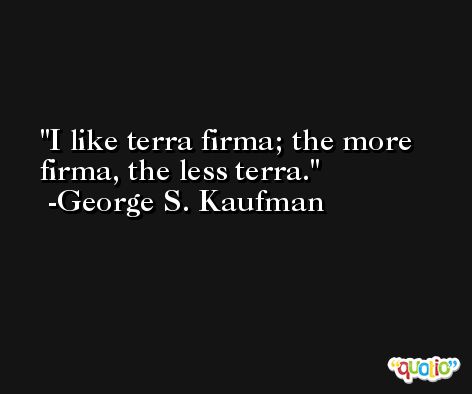 When I was born I owed twelve dollars.

The kind of doctor I want is one who when he's not examining me is home studying medicine.