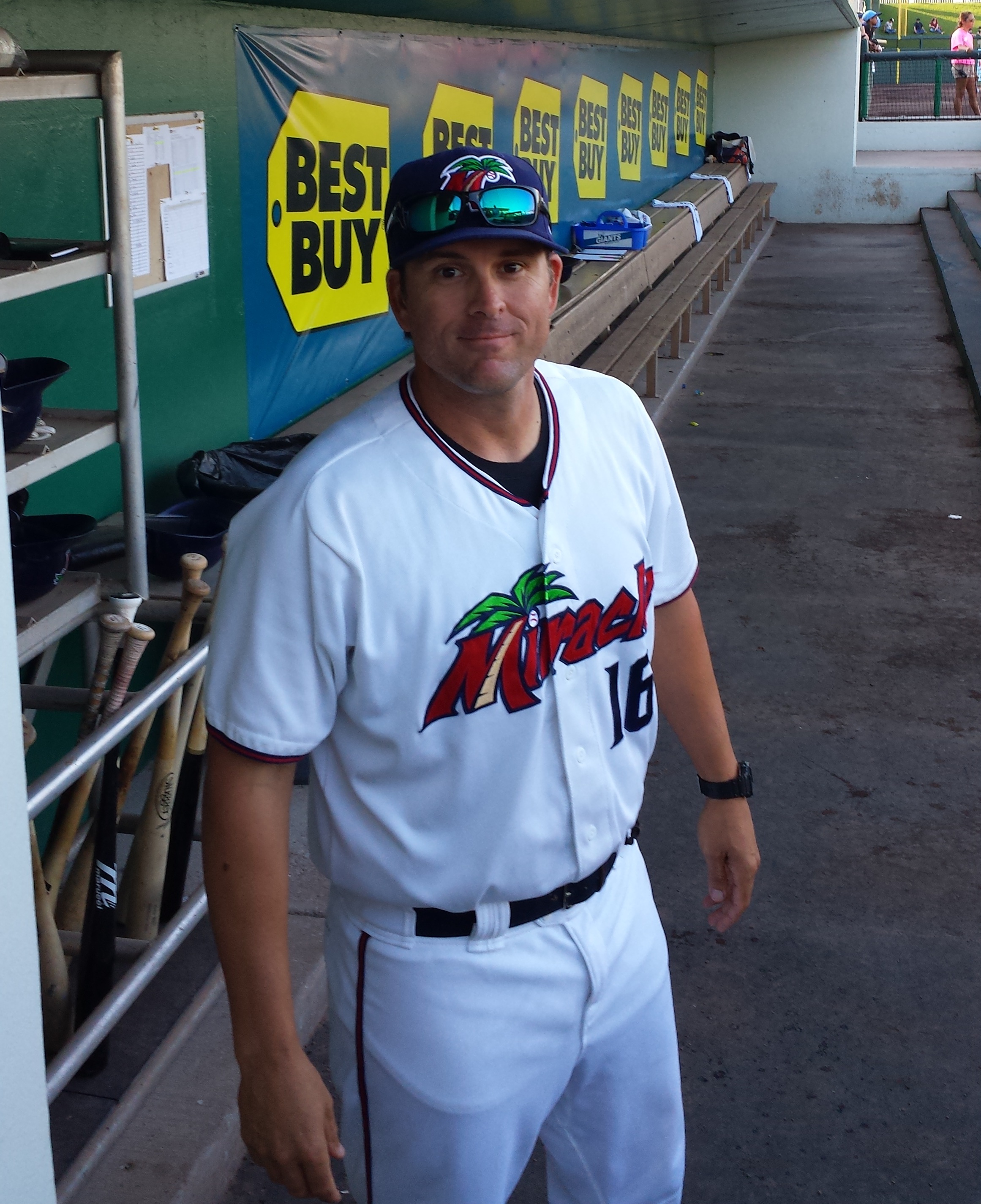 "Douglas Andrew Mientkiewicz" is an American retired professional baseball first baseman. He bats left-handed and throws right-handed. He is one of five American players to win both an Olympics/Olympic gold medal and a World Series championship. He currently manages for the Single-A Fort Myers Miracle.

Even when you strike out, you cause problems.

It was funny when I heard him say in an interview the other day, 'I'm used to being Public Enemy No. 1,' . 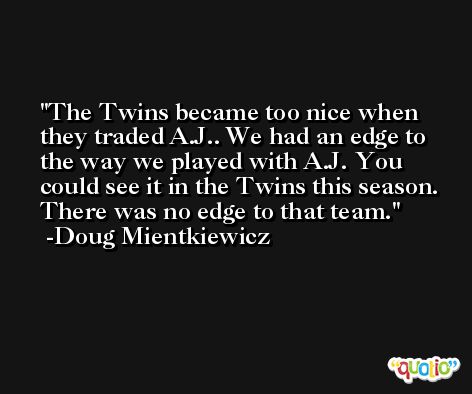 It was fine til I went and stretched before my first at-bat. I have my little routine I do on deck since I was probably 7 years old, and this time for some reason I felt a pop. 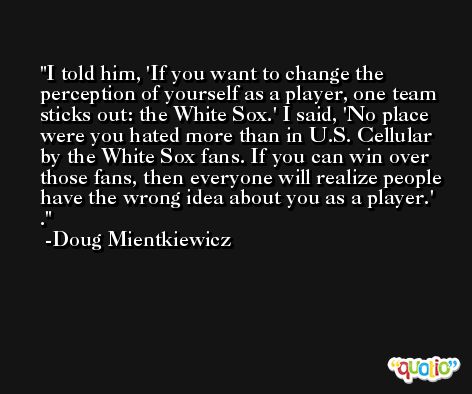 Even when you strike out, you're in the middle of controversy.

The bottom line is we got one breath left, ... and we're going to use it to the best of our ability.