"Doug Miller" is a U.S. soccer striker/forward and a youth soccer coach. He spent one season in Major Soccer League/Major Indoor Soccer League and nine in the NPSL II/National Professional Soccer League, winning two championships and leading the league in scoring in 1998-1999. Miller also played ten seasons of outdoor soccer in the USISL and A-League (American)/A-League. He was the 1996 and 1997 USISL A-League leading scorer and 1997 league MVP. He also won one U.S. Open Cup.

I never expected to go this far.

But just as importantly I would say to you as a friend he's one of the nicest, most decent human beings I've ever known. 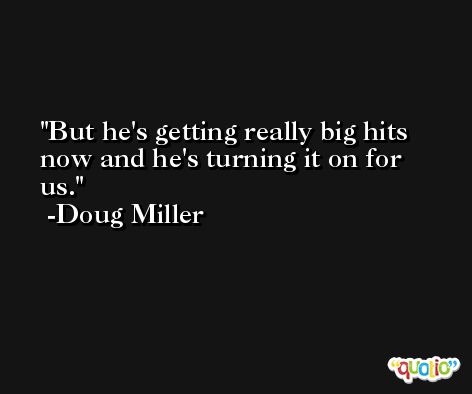 But we'll be back. I'm already excited about Spring Training. 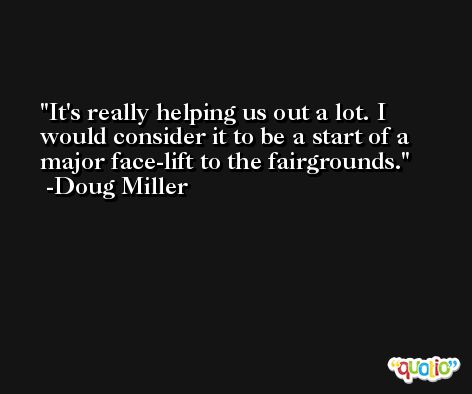 Maybe I'll always be searching for an answer.

He comes up with a lot of big plays no matter where you put him.