"Don Herold" was an American humorist, writer, illustrator, and cartoonist who wrote and illustrated many books and was a contributor to national magazines. He was born in Bloomfield, Indiana/Bloomfield, Indiana to Otto F. Herold and Clara Dyer Herold. He graduated from high school in 1907 and went on to the Art Institute of Chicago until 1908 when he transferred to the Indiana University Bloomington/Indiana University. He was a member of the Phi Delta Theta fraternity and in 1913 he graduated with an Bachelor of Arts/AB degree. He married Katherine Porter Brown on August 12, 1916, and they had two children; one of whom was the writer Doris Herold Lund. He lived in Los Angeles in the 1920s and 1930s and New York City from 1940 to 1962. He died in Vero Beach, Florida.

Perhaps one of his more famous works is a poem called "I'd Pick More Daisies", also known as "If I had My Life to Live over", which was translated to Spanish as "Moments (poem)/Instantes" and misattributed to Jorge Luis Borges. The real poem, written by Don Herold, was also misattributed to Nadine Stair.

If you enjoy these quotes, be sure to check out other famous writers! More Don Herold on Wikipedia.

A humorist is a man who feels bad but feels good about it.

There is more sophistication and less sense in New York than anywhere else on the globe. 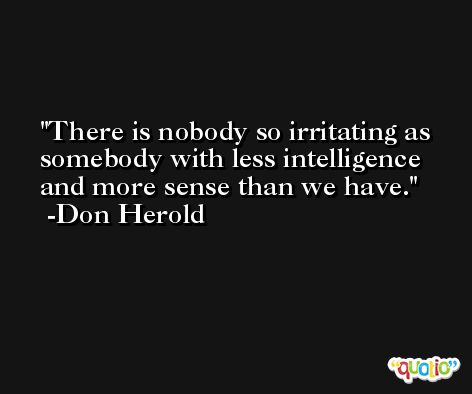 A lot of women are getting alimony who don't earn it.

Babies are such a nice way to start people. 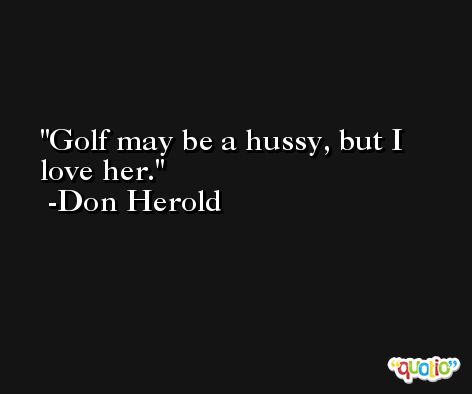 Don't ever slam a door; you might want to go back.

Golf is not sacred, and there is no use getting so gosh-darned solemn about it. 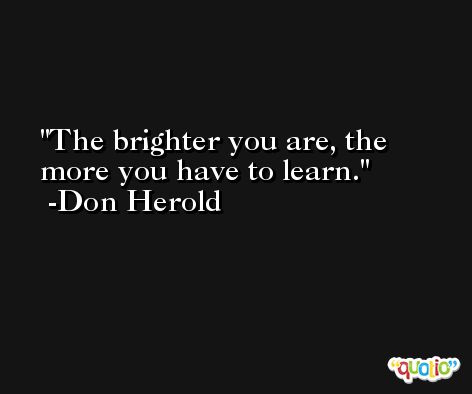