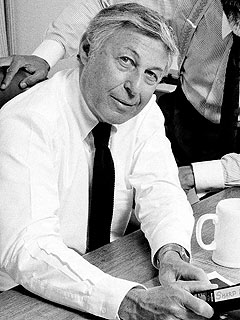 "Donald Shepard "Don" Hewitt" was an United States/American television producer/television news producer and executive, best known for creating 60 Minutes, the CBS television news magazine, in 1968, which at the time of his death, was the longest-running prime time/prime-time broadcast on American television. Under Hewitt's leadership, 60 Minutes was the only news program ever rated the Nielsen ratings#Annual Top-Rated Shows/nation's top-ranked television program, an achievement it accomplished five times. Hewitt produced the first televised presidential debate in 1960.

If you enjoy these quotes, be sure to check out other famous producers! More Don Hewitt on Wikipedia.

You know that clicker?

I have a built-in bias against reporters who have axes to grind. I think there are reporters that allow their own bias to encroach on their journalism, and that's a crime against journalism. 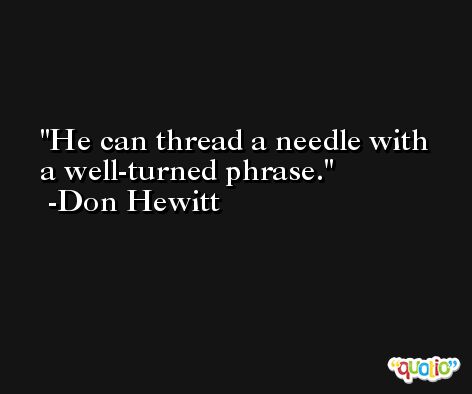 You know that clicker? It's going to change the world more than any other thing.

Artie had an eye for what worked visually and what didn't. He was invaluable to me. 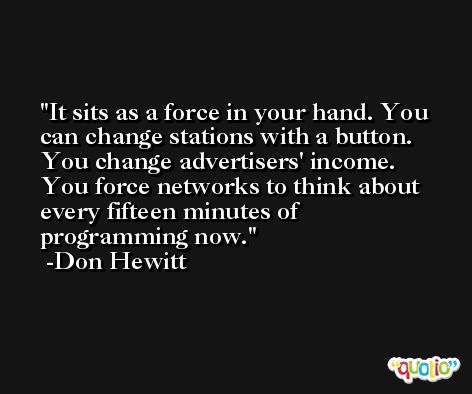 Let's give the conventions back to the politicians. If we think there's any news, we can tack it on afterward as commentary. But the conventions should be their show, not ours.

He was probably the best-blocking running back I ever saw. He was just an outstanding player who always knew how to keep the team loose. He always had everyone laughing when he would pull tricks on guys. 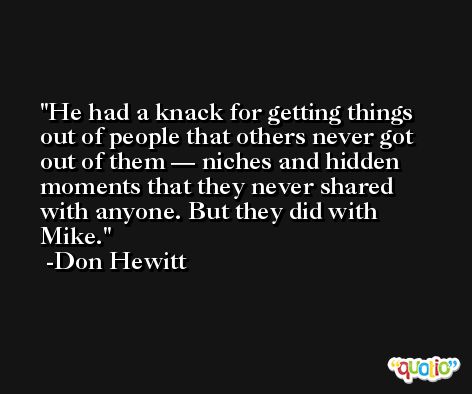