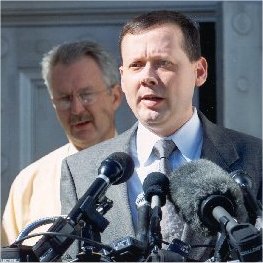 "Craig Waters" has been the public information officer and communications counsel for the Florida Supreme Court in Tallahassee since June 1, 1996. He is best known as the public spokesman for the Court during the U.S. presidential election, 2000/2000 presidential election controversy, when he frequently appeared on worldwide newscasts announcing its decisions. These cases are known to history as Bush v. Gore/George W. Bush v. Albert Gore, Jr. or Bush v. Gore. 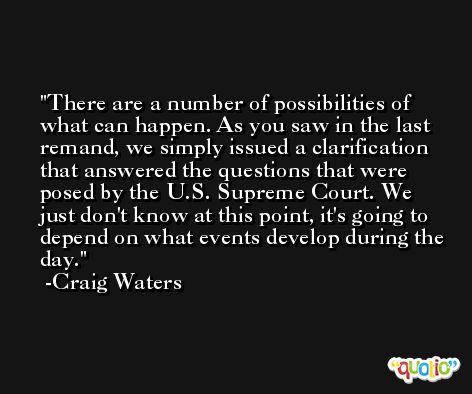 The U.S. Supreme Court is the highest court of the land. We do not ignore what they tell us. The court now has the matter under advisement and will determine how to proceed.

Pretty much since statehood, we have kept a continuous record of what [the Supreme Court] did. We have lots of rare, old books, even Spanish books from when Spanish law was important in interpreting land grants.