"Christopher "Chris" Hutchings" is an English former association football/footballer and coach (sport)/manager. He played for a number of clubs including Chelsea F.C./Chelsea and played more than 100 games for Brighton & Hove Albion F.C./Brighton & Hove Albion and Huddersfield Town F.C./Huddersfield Town. He has managed in the Premier League with Bradford City A.F.C./Bradford City and Wigan Athletic F.C./Wigan Athletic, while his most recent tenure was at Walsall F.C./Walsall. He left Ipswich Town in November 2012 following Paul Jewell's departure.

I've never been involved with anything quite like this.

Forty points was our first target and we have not got there yet. We need another draw and it is only when we get it that we will set another target. We have spent most of the season in the top six or seven and we don't want to start slipping now. 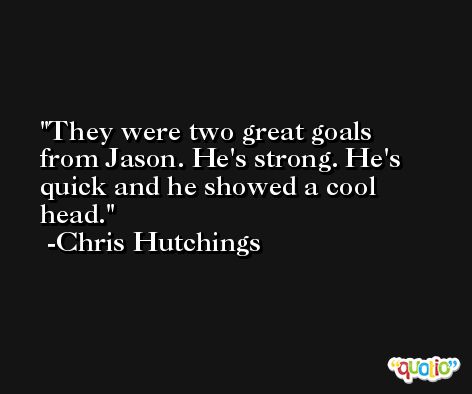 There was definitely frustration about Henri's non-appearance. We weren't happy about it.

Compared to others schools, I think they have done a pretty good job recruiting. Florida Atlantic and FAMU have been the two schools that I've talked to the most. 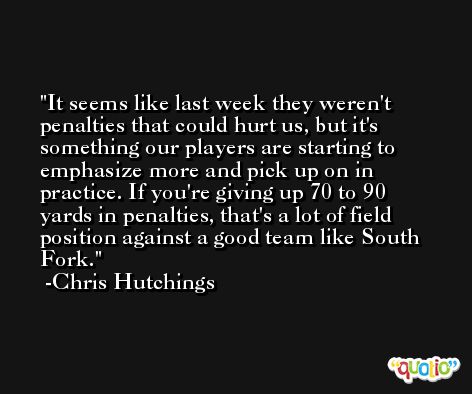 I'm hoping that 'assignment football' doesn't slow us down. Option teams sometimes make you think a little more than you want to.

We had a play called, but we didn't get the play changed in the huddle as a kneel-down, and we should have. And we tried to run a toss, and they scooped and scored. 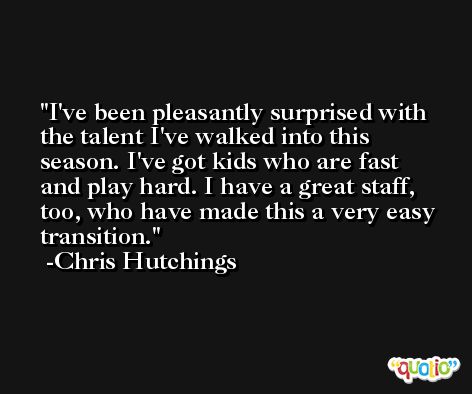