"Robert" ""Bob"" "Weinstein" is an American film producer. He is the founder and head of Dimension Films, former co-chairman of Miramax Films, and current head, with his brother Harvey Weinstein, of The Weinstein Company. Of the two Weinstein brothers, Bob has a reputation as the quieter of the two, and has focused on making commercially successful action and horror films.

If you enjoy these quotes, be sure to check out other famous producers! More Bob Weinstein on Wikipedia.

This is beyond our expectations for sure.

These releases were delayed until we settled our outstanding business with Disney. 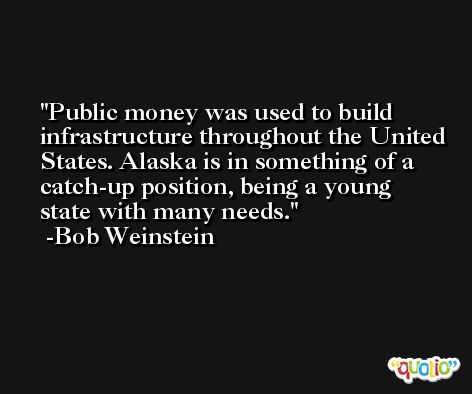 The characters are great, and this is the first adventure of the brothers Grimm, so there's plenty of potential to make a franchise. We've been quite successful in the past, so anything like that, if it does pay off with hopefully the good movie that I think it will be, it pays off also down the road.

We have a formula that works. There are plenty of scary movies to make fun of every year, and pop culture references keep it fresh. 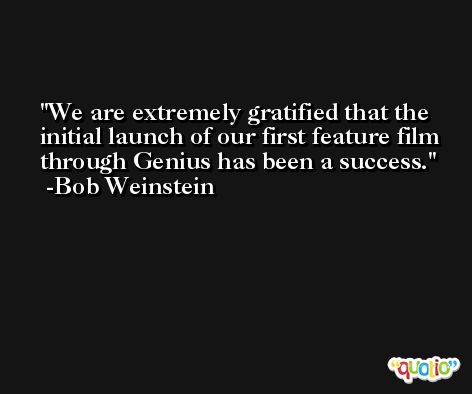 We've got four or five new franchises in development, so it's not just like I'm going to go ad infinitum on the old stuff. We've got other ideas that I'm really excited about starting.

We couldn't have asked for a more impressive opening for 'Scary Movie 4' and are so proud to have accomplished this only six months after our company launched. This exceptional opening proves that this franchise has tremendous staying power.