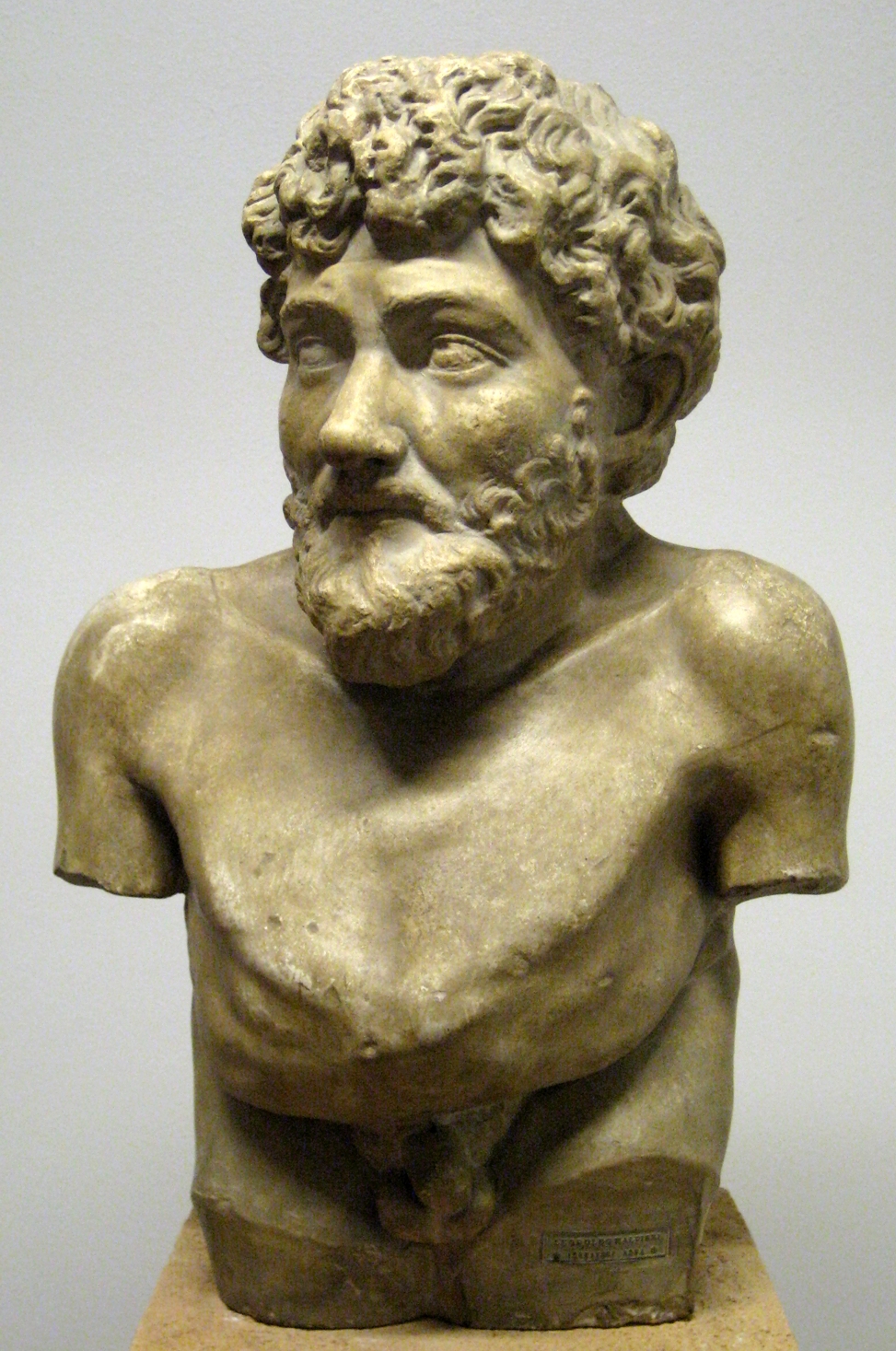 "Aesop" was an Ancient Greek fabulist or Oral storytelling/story teller credited with a number of fables now collectively known as Aesop's Fables. Although his existence remains uncertain and (if he ever existed) no writings by him survive, numerous tales credited to him were gathered across the centuries and in many languages in a storytelling tradition that continues to this day. Many of the tales are characterized by animals and inanimate objects that speak, solve problems, and generally have human characteristics.

Scattered details of Aesop's life can be found in ancient sources, including Aristotle, Herodotus, and Plutarch. An ancient literary work called The Aesop Romance tells an episodic, probably highly fictional version of his life, including the traditional description of him as a strikingly ugly Slavery in Ancient Greece/slave who by his cleverness acquires freedom and becomes an adviser to kings and city-states. Older spellings of his name have included Esop(e) and Isope. Depictions of Aesop in popular culture over the last 2500 years have included several works of art and his appearance as a character in numerous books, films, plays, and television programs.

If you enjoy these quotes, be sure to check out other famous writers! More Aesop on Wikipedia.

After all is said and done, more is said than done.

The gods help them that help themselves. 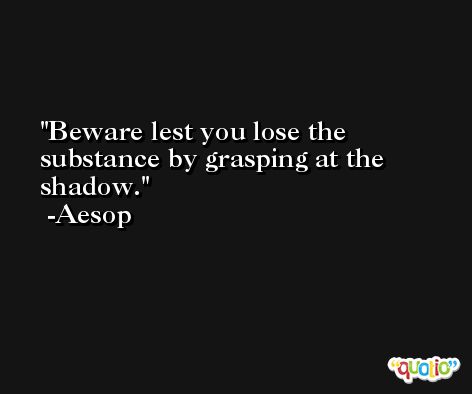 While I see many hoof marks going in, I see none coming out. It is easier to get into the enemy's toils than out again.

Self-conceit may lead to self-destruction. 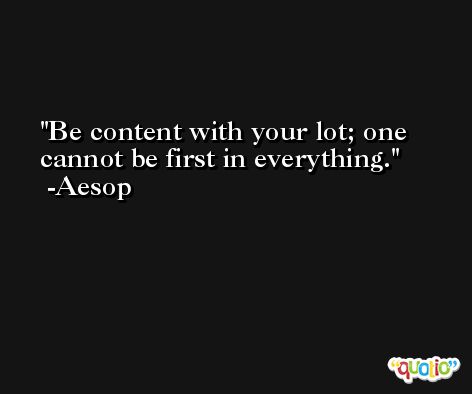 Slow and steady wins the race.

Never trust the advice of a man in difficulties. 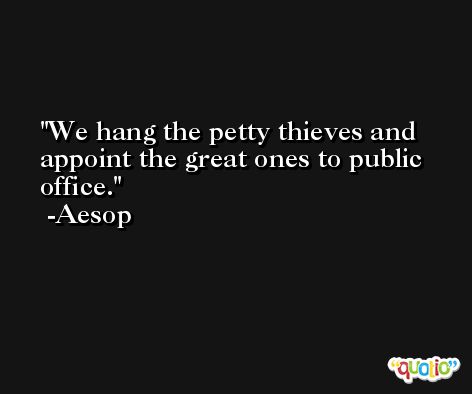 People often grudge others what they cannot enjoy themselves. 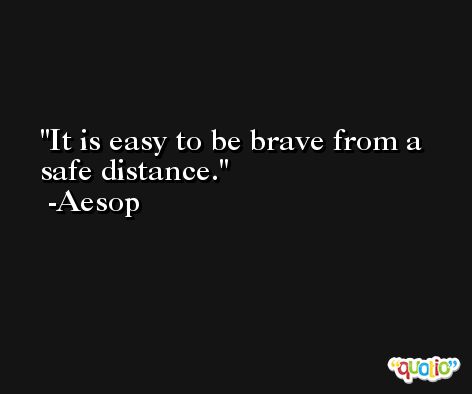 Injuries may be forgiven, but not forgotten.

Better be wise by the misfortunes of others than by your own. 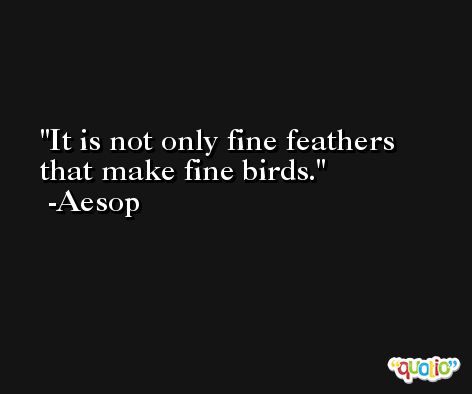 United we stand, divided we fall.

Put your shoulder to the wheel. 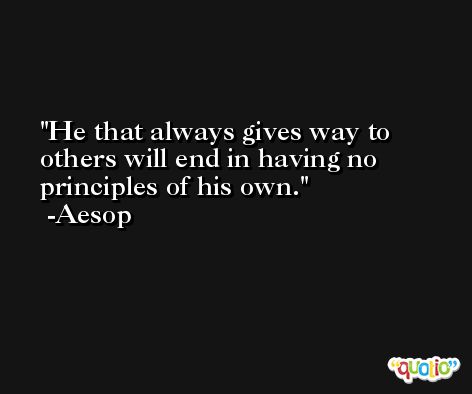 It is with our passions, as it is with fire and water, they are good servants but bad masters.

The little reed, bending to the force of the wind, soon stood upright again when the storm had passed over. 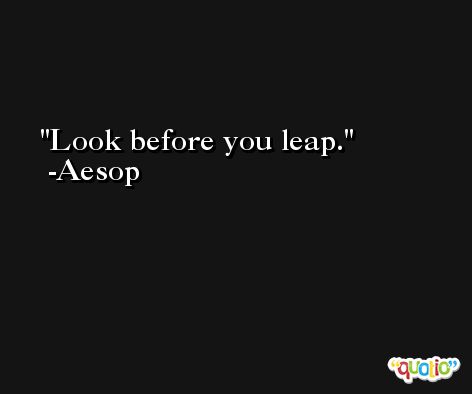 It is thrifty to prepare today for the wants of tomorrow.

A crust eaten in peace is better than a banquet partaken in anxiety.

What a splendid head, yet no brain. 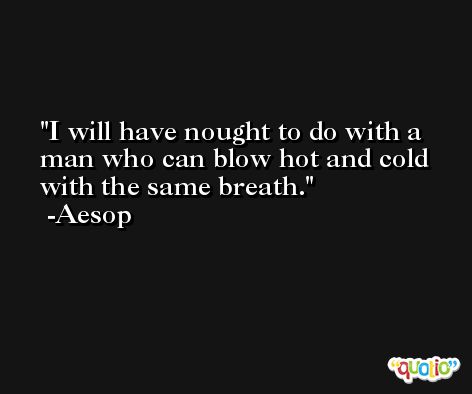 We would often be sorry if our wishes were gratified.

In critical moments even the very powerful have need of the weakest. 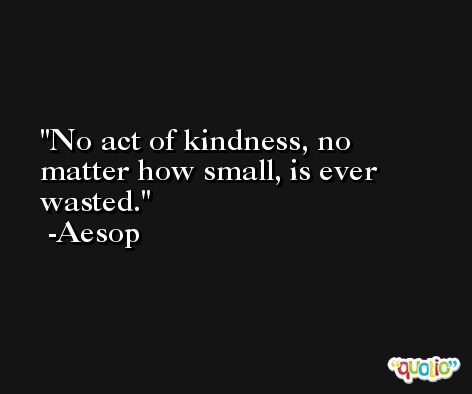