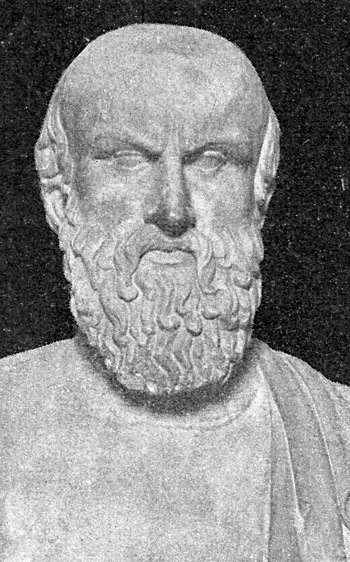 "Aeschylus" was the first of the three ancient Greek tragedians whose plays can still be read or performed, the others being Sophocles and Euripides. He is often described as the father of tragedy: Our knowledge of the genre begins with his work and our understanding of earlier tragedies is largely based on inferences from his surviving plays. According to Aristotle, he expanded the number of characters in plays to allow conflict among them whereas characters previously had interacted only with the Greek chorus/chorus.

Only seven of his estimated seventy to ninety plays have survived, and there is a longstanding Prometheus Bound#Debate over authenticity/debate about his authorship of one of these plays, Prometheus Bound. Fragments of some other plays have survived in quotes and more continue to be discovered on Egyptian papyrus, often giving us surprising insights into his work. He was probably the first dramatist to present plays as a trilogy; his Oresteia is the only ancient example of the form to have survived.

If you enjoy these quotes, be sure to check out other famous poets! More Aeschylus on Wikipedia.

Time brings all things to pass. 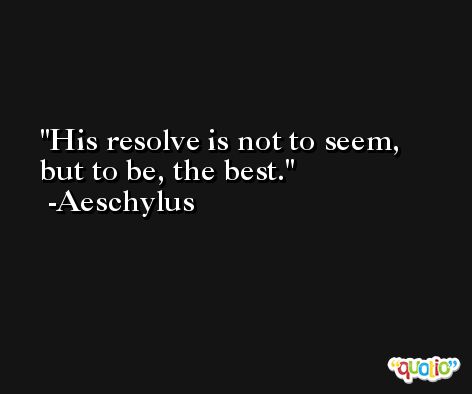 It is a profitable thing, if one is wise, to seem foolish.

I know how men in exile feed on dreams of hope. 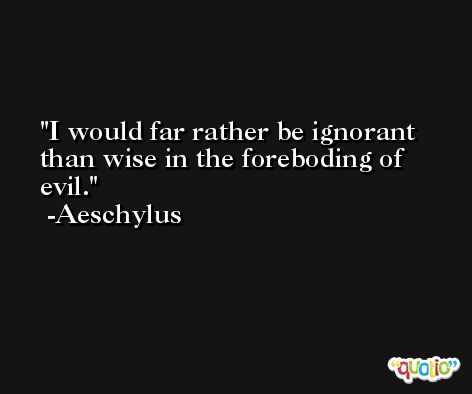 Death is better, a milder fate than tyranny.

O Death the Healer, scorn thou not, I pray, To come to me: of cureless ills thou art The one physician. Pain lays not its touch Upon a corpse. 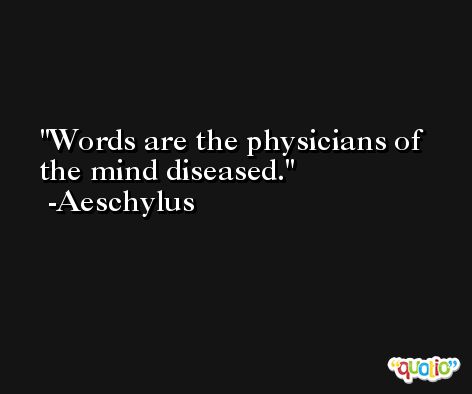 In war, truth is the first casualty.

The wisest of the wise may err. 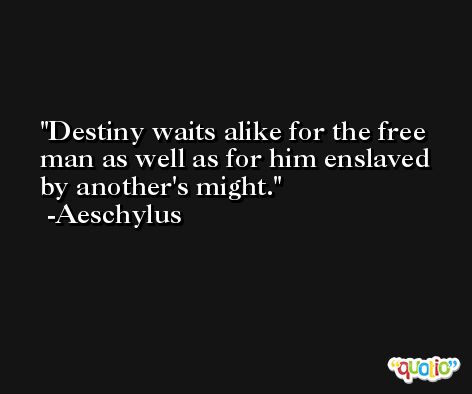 He who learns must suffer. And even in our sleep pain that cannot forget falls drop by drop upon the heart, and in our own despair, against our will, comes wisdom to us by the awful grace of God.

Only when man's life comes to its end in prosperity can one call that man happy. 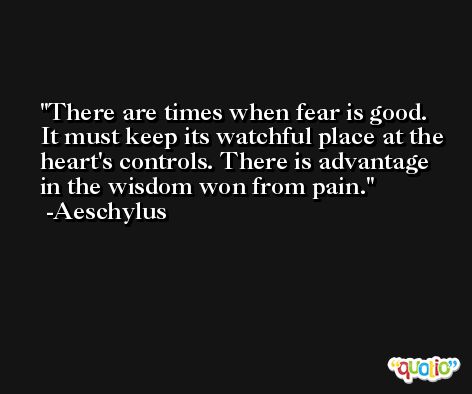 Time as he grows old teaches all things.

For somehow this is tyranny's disease, to trust no friends. 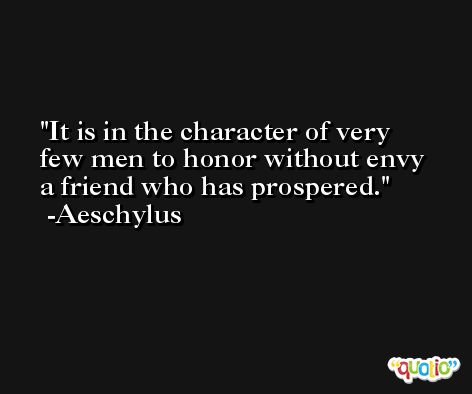 There is no pain so great as the memory of joy in present grief. 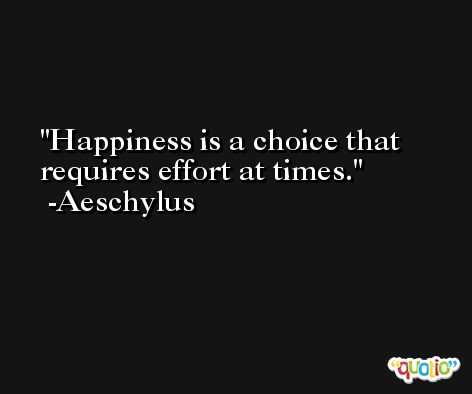 The reward of suffering is experience.