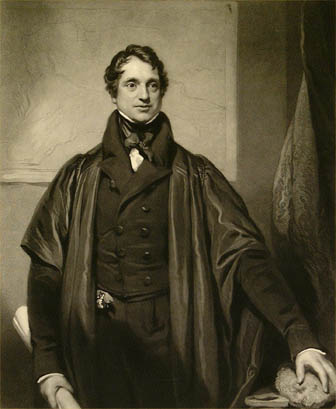 "Adam Sedgwick" was one of the founders of modern geology. He proposed the Devonian period of the geological timescale. Later, he proposed the Cambrian period, based on work which he did on Welsh rock strata.

Though he had guided the young Charles Darwin in his early study of geology and continued to be on friendly terms, Sedgwick was an opponent of Darwin's theory of evolution by means of natural selection.

If you enjoy these quotes, be sure to check out other famous scientists! More Adam Sedgwick on Wikipedia.

The pretended physical philosophy of modern days strips Man of all his moral attributes, or holds them of no account in the estimate of his origin and place in the created world.

As a system of philosophy it is not like the Tower of Babel, so daring its high aim as to seek a shelter against God's anger; but it is like a pyramid poised on its apex.