"William Burns" may refer to:

There is absolutely no substitute -- no substitute -- for a decisive fight against terror and violence. And on the Israeli side, it also means taking practical steps to ease the suffering of Palestinians living under occupation, to stop settlement activity and to renew a sense of dignity and hope.

I also stressed the importance the American administration attaches to both sides for fulfilling their obligations under the security work plan put together by George Tenet. 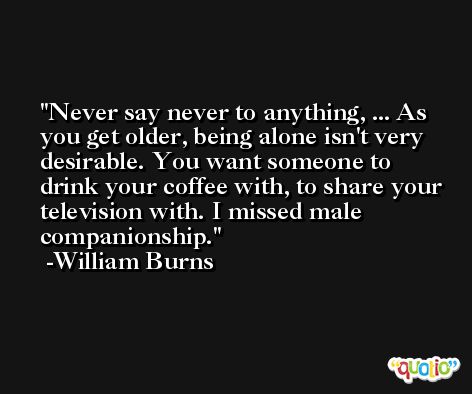 I just think what we are seeing here is a terrible human tragedy.

I look forward to continuing our discussions with the Palestinians and with the Israelis and also to staying in very close touch with others in the international community -- the European Union, the U.N. secretary-general, Russia, Egypt, Jordan and others. 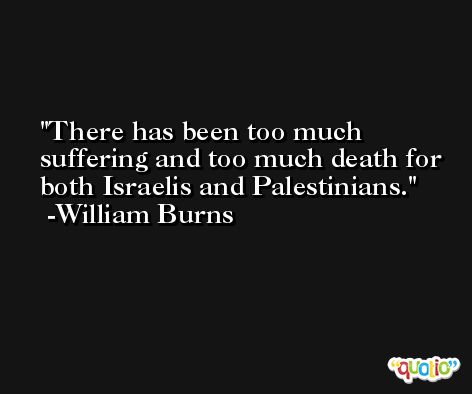 U.S. condolences and any assistance the U.S. can provide.

I think you'll see the implementation very shortly, and I think it will be a very firm implementation of the Syrian Accountability Act and the intent behind it. 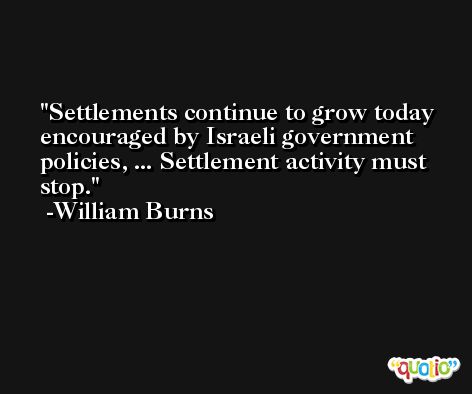