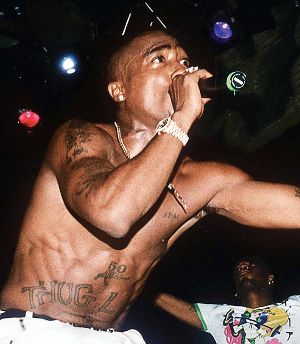 "Tupac Amaru Shakur", also known by his stage names "2Pac" and briefly as "Makaveli", was an American rapping/rapper, songwriter, and actor. Shakur has sold over 75 million records worldwide, making him one of the List of best-selling music artists/best-selling music artists of all time. His double disc albums All Eyez on Me and his Greatest Hits (2Pac album)/Greatest Hits are among the List of best-selling albums in the United States/best selling albums in the United States. He has been listed and ranked as one of the greatest artists of all time by many magazines, including Rolling Stone which ranked him 86th on its list of The 100 Greatest Artists of All Time. Consistently ranked as one of the greatest rappers ever, he was ranked number 2 by MTV in their list of The Greatest MCs of All-Time in 2006. 2Pac is also consider as the most influential rapper of all time.

Shakur began his career as a Road crew/roadie, backup dancer, and Master of ceremonies/MC for the alternative hip hop group Digital Underground, eventually branching off as a solo artist. The themes of most of Shakur's songs revolved around the violence and hardship in inner cities, racism and other social problems. Both of his parents and several other of his family were members of the Black Panther Party, whose ideals were reflected in his songs.

If you enjoy these quotes, be sure to check out other famous musicians! More Tupac Shakur on Wikipedia.

During your life, never stop dreaming. No one can take away your dreams. 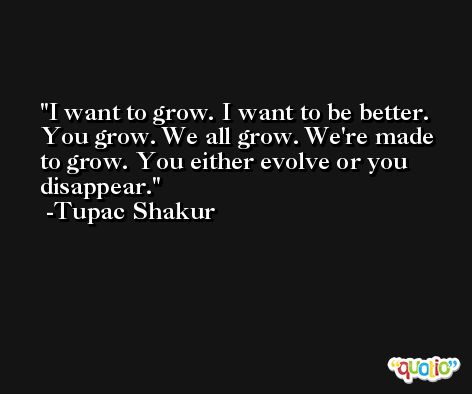 I know it seems hard sometimes but remember one thing. Through every dark night, theres a bright day after that. So no matter how hard it get, stick your chest out, keep ya head up.... and handle it. 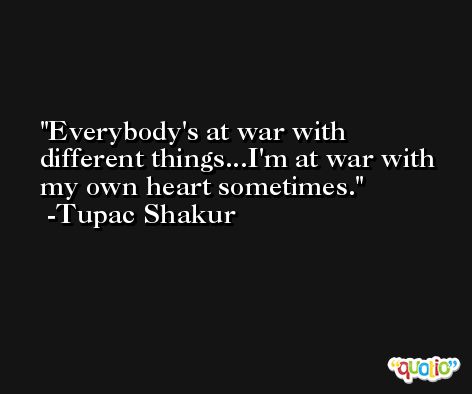 A coward dies a thousand deaths... a soldier dies but once.

The only thing that comes to a sleeping man are dreams. 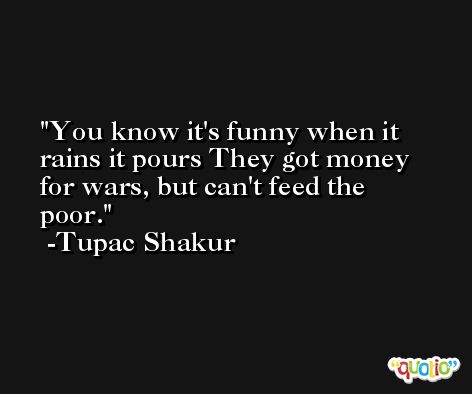 When my heart can beat no more I hope I die for a principle or a belief that I have lived for. 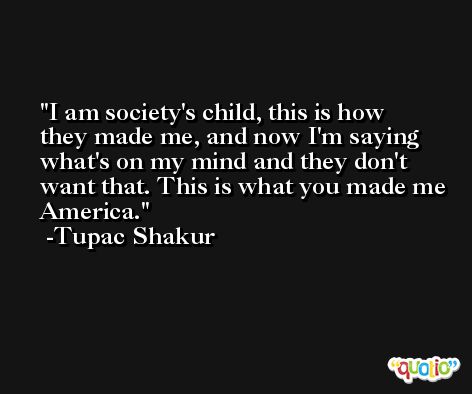 Before we find world peace, we gotta find peace in the war on the streets.

My only fear of death is coming back reincarnated. 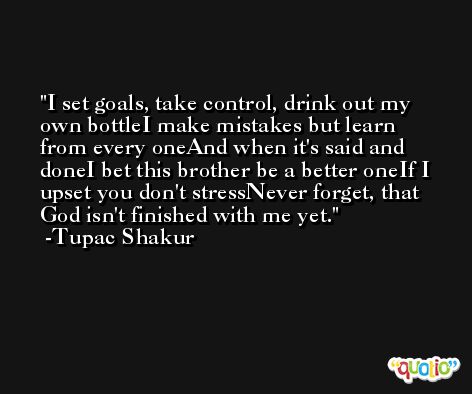 The only thing America respects is power and power concedes nothing. After the LA Riots, they tried to calm us down and nothing changed since. 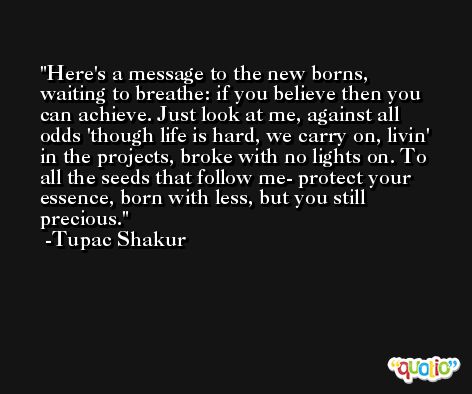 Reality is wrong. Dreams are for real.