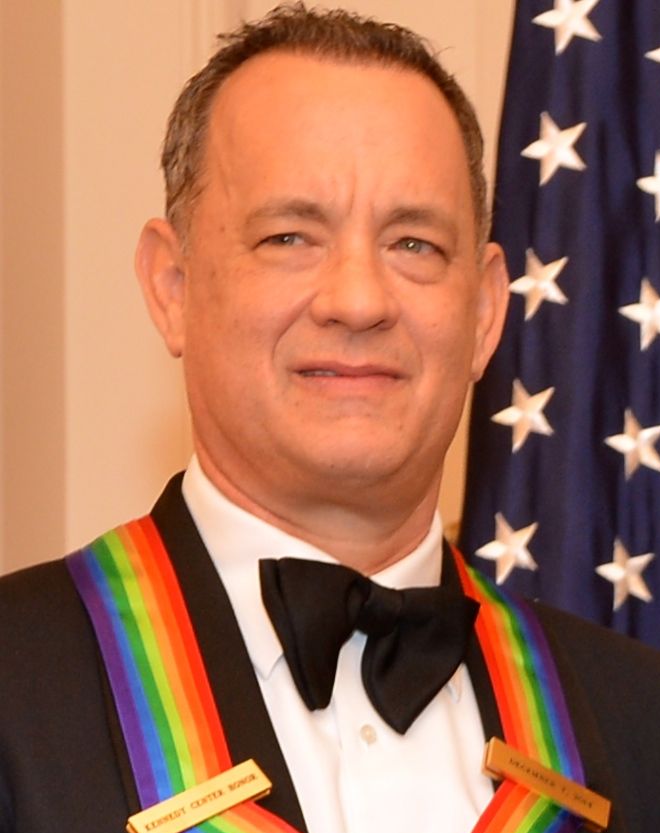 If you enjoy these quotes, be sure to check out other famous actors! More Tom Hanks on Wikipedia.

Some of the best advice I ever received was 'Man, that was terrible'.

My favorite traditional Christmas movie that I like to watch is All Quiet on the Western Front. It's just not December without that movie in my house.

We went to a 3-2 zone and finally talked a little. We couldn't play that (with Cappelle) because she scared me at the high post. Without her, we were able to do so.

My work is magnified by the fact that the streets of heaven are too crowded with angels / we know their names, they number a thousand for each red ribbon we wear here tonight.

Life is like a box of chocolates... you never know what you're gonna get.

I wasn't happy with our defense. We were asleep (in the first half), then we were awake (in the third quarter), then we fell asleep again.

There's a difference between solitude and loneliness. I can understand the concept of being a monk for a while.

The year I was born, 1956, was the peak year for babies being born, and there are more people essentially our age than anybody else. We could crush these new generations if we decided too.

Defensively, we all stressed it -- we weren't going to sit back in a zone this time and give them the 3s.

[referring to Apple Computer]He got me invested in some kinda fruit company.

I don't know. People always think that there has got to be a dark side to everyone, a closet with skeletons, demons under the bed. People think all kinds of things about one another. They feel compelled to make up fears and false assumptions about th.

If you have to have a job in this world, a high-priced movie star is a pretty good gig.

We knew we had to take her out of the game. We told Michelle to make her (DeLuca) work all the way and play in front of her.

From now on we live in a world where man has walked on the Moon. It's not a miracle; we just decided to go.

If it wasn't hard, everyone would do it. It's the hard that makes it great.