"Sophocles" is one of three classical Greece/ancient Greek tragedy/tragedians whose plays have survived. His first plays were written later than those of Aeschylus, and earlier than or contemporary with those of Euripides. According to the Suda, a 10th-century encyclopedia, Sophocles wrote 123 plays during the course of his life, but only seven have survived in a complete form: Ajax (Sophocles)/Ajax, Antigone (Sophocles)/Antigone, The Trachiniae/The Women of Trachis, Oedipus the King, Electra (Sophocles)/Electra, Philoctetes (Sophocles)/Philoctetes and Oedipus at Colonus. For almost 50 years, Sophocles was the most-fêted playwright in the dramatic competitions of the Polis/city-state of Classical Athens/Athens that took place during the religious festivals of the Lenaea and the City Dionysia/Dionysia. He competed in around 30 competitions, won perhaps 24, and was never judged lower than second place. Aeschylus won 14 competitions, and was sometimes defeated by Sophocles, while Euripides won only 4 competitions.

If you enjoy these quotes, be sure to check out other famous poets! More Sophocles on Wikipedia.

There is no happiness where there is no wisdom;No wisdom but in submission to the gods.Big words are always punished,And proud men in old age learn to be wise. 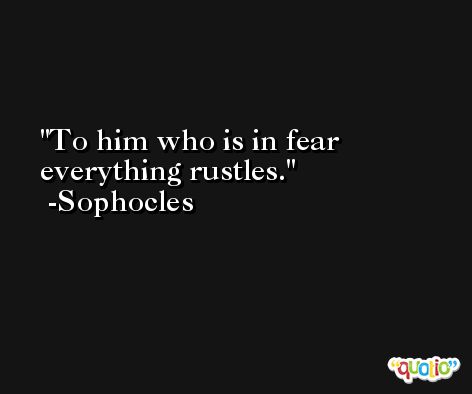 To revive sorrow is cruel.

Knowledge must come through action; you can have no test which is not fanciful, save by trial. 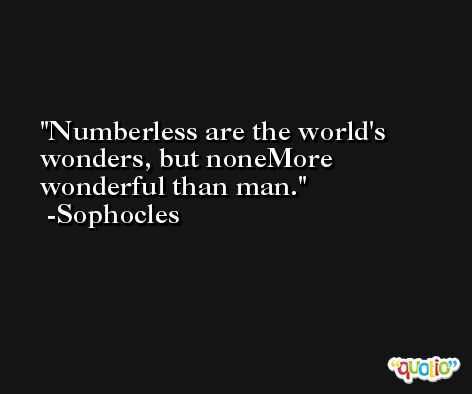 O generations of men, how I count you as equal with those who live not at all!

The good befriend themselves. There is no success without hardship.

No man loves life like him that's growing old. 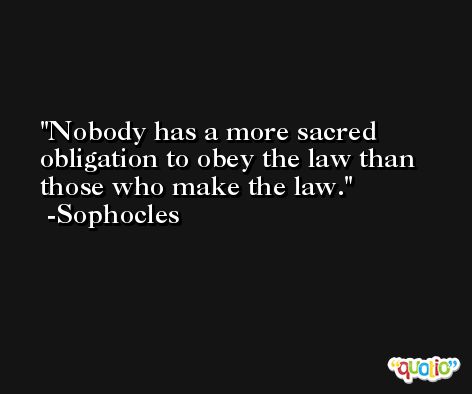 Success is dependent on effort. The man the state has put in place must have obedient hearing to his least command when it is right, and even when it's not.

Show me the man who keeps his house in hand,He's fit for public authority. Though a man be wise it is no shame for him to live and learn.

What you cannot enforce, do not command. Death is not the worst thing; rather, when one who craves death cannot attain even that wish.

Of all human ills, greatest is fortune's wayward tyranny. Money: There's nothing in the world so demoralizing as money. Rash indeed is he who reckons on the morrow, or haply on days beyond it; for tomorrow is not, until today is past. I have nothing but contempt for the kind of governor who is afraid, for whatever reason, to follow the course that he knows is best for the State; and as for the man who sets private friendship above the public welfare - I have no use for him either. One word frees us of all the weight and pain of life: That word is love.

The end excuses any evil. Children are the anchors that hold a mother to life.

The keenest sorrow is to recognize ourselves as the sole cause of all our adversities. The ideal conditionWould be, I admit, that men should be right by instinct;But since we are all likely to go astray,The reasonable thing is to learn from those who can teach.

Stranger in a strange country. It is not righteousness to outrageA brave man dead, not even though you hate him. 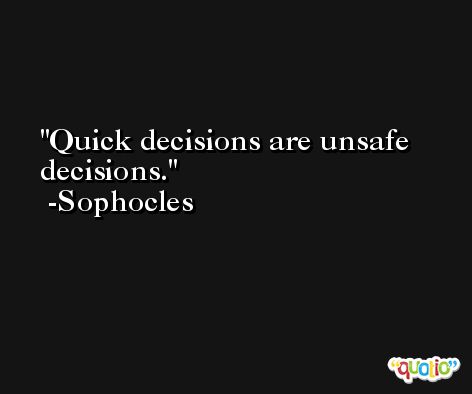 It made our hair stand up in panic fear.

Death is not the greatest of evils; it is worse to want to die, and not be able to. The greatest griefs are those we cause ourselves.