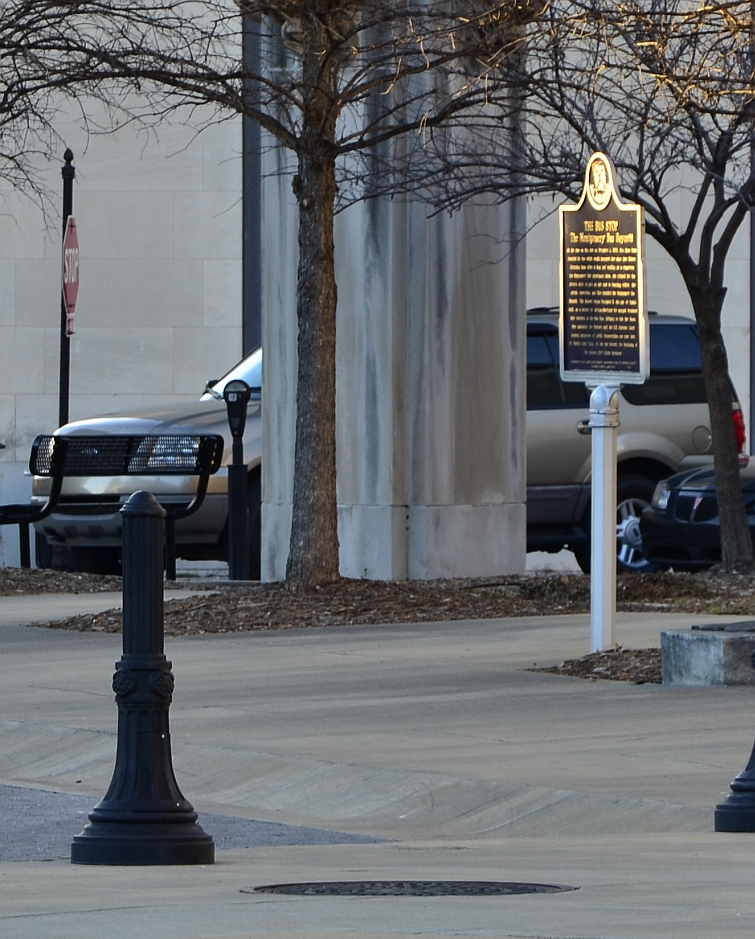 "Rosa Louise McCauley Parks" was an African-American Civil Rights Movement (1954–68)/African-American Civil Rights activism/activist, whom the United States Congress called "the first lady of civil rights" and "the mother of the freedom movement". Her birthday, February 4, and the day she was arrested, December 1, have both become Rosa Parks Day, commemorated in both California and Ohio.

On December 1, 1955, in Montgomery, Alabama, Parks refused to obey bus driver James F. Blake's order to give up her seat in the colored section to a white passenger, after the white section was filled. Parks was not the first person to resist bus segregation. Others had taken similar steps, including Bayard Rustin in 1942, Irene Morgan in 1946, Sarah Keys v. Carolina Coach Company/Sarah Louise Keys in 1955, and the members of the Browder v. Gayle lawsuit (Claudette Colvin, Aurelia Browder, Susie McDonald, and Mary Louise Smith (civil rights activist)/Mary Louise Smith) who were arrested in Montgomery months before Parks.

Each person must live their life as a model for others.

My only concern was to get home after a hard day's work. 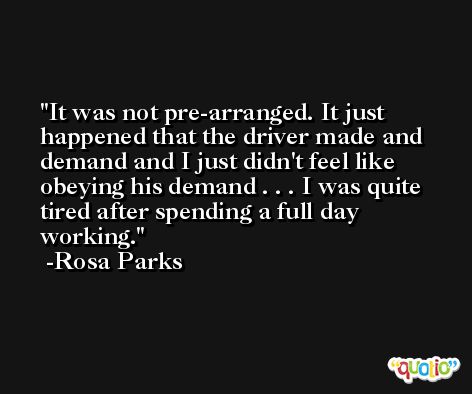 Have you ever been hurt and the place tries to heal a bit, and you just pull the scar off of it over and over again.

I would like to be known as a person who is concerned about freedom and equality and justice and prosperity for all people. 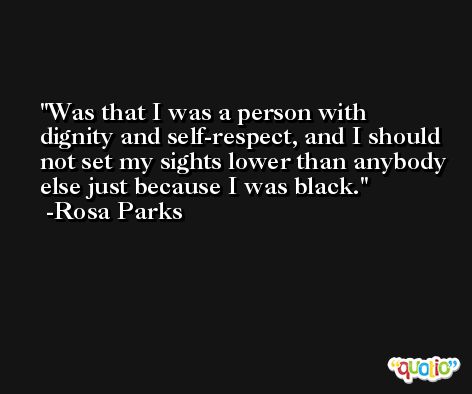 I was just trying to let them know how I felt about being treated as a human being.

At the time I was arrested I had no idea it would turn into this, ... It was just a day like any other day. The only thing that made it significant was that the masses of the people joined in. 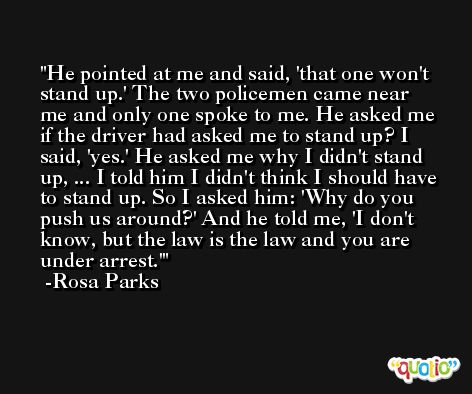 I have always been a timid person but my life has required me to be courageous.

I have learned over the years that when one's mind is made up, this diminishes fear; knowing what must be done does away with fear. 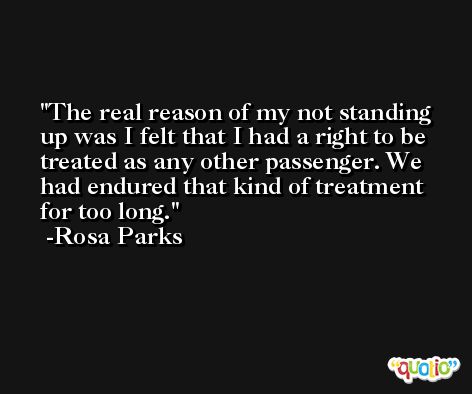 Whatever my individual desires were to be free, I was not alone. There were many others who felt the same way.

The only tired I was, was tired of giving in. 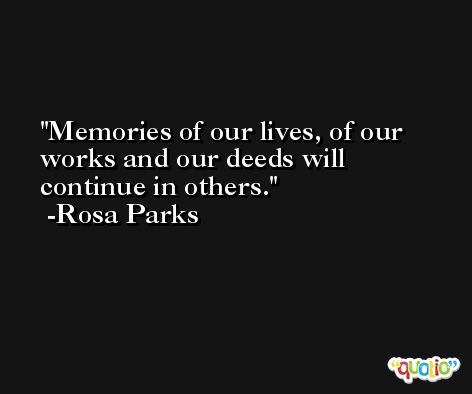 I do the very best I can to look upon life with optimism and hope and looking forward to a better day, but I don't think there is anything such as complete happiness. It pains me that there is still a lot of Klan activity and racism. I think when you say you're happy, you have everything that you need and everything that you want, and nothing more to wish for. I haven't reached that stage yet.

Our mistreatment was just not right, and I was tired of it. 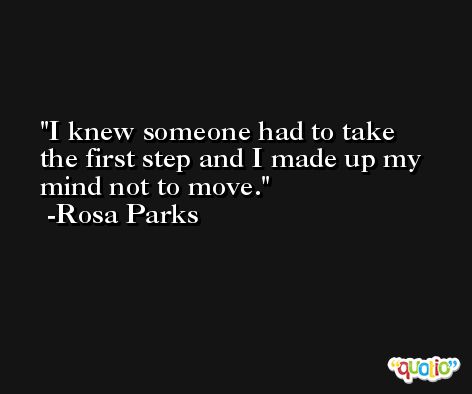