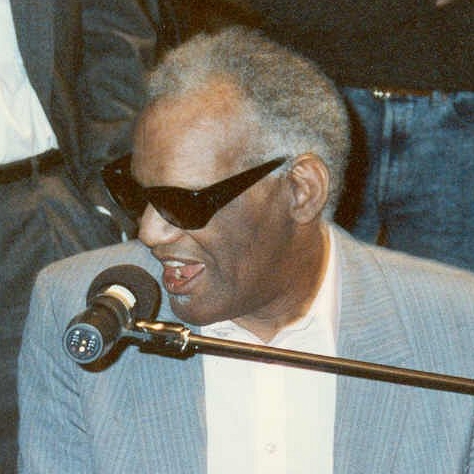 "Ray Charles Robinson" was an United States/American singer, songwriter, musician, and composer who is sometimes referred to as "The Genius".

He pioneered the genre of soul music during the 1950s by combining rhythm and blues, Gospel music/gospel, and blues styles into music recorded by Atlantic Records. He also contributed to the racial integration of Country music/country and pop music during the 1960s with his Crossover (music)/crossover success on ABC Records, most notably with his two Modern Sounds in Country and Western Music/Modern Sounds albums. While with ABC, Charles became one of the first African-American musicians to be granted artistic control by a mainstream record company. Frank Sinatra called him "the only true genius in show business", although Charles downplayed this notion.

He was blind from the age of seven. His best friend in music was South Carolina-born James Brown, the "Godfather of Soul".

If you enjoy these quotes, be sure to check out other famous musicians! More Ray Charles on Wikipedia.

I was born with music inside me. Music was one of my parts. Like my ribs, my kidneys, my liver, my heart. Like my blood. It was a force already within me when I arrived on the scene. It was a necessity for me-like food or water.

Affluence separates people. Poverty knits 'em together. You got some sugar and I don't; I borrow some of yours. Next month you might not have any flour; well, I'll give you some of mine.

There's nothing written in the Bible, Old or New testament, that says, ''If you believe in Me, you ain't going to have no troubles.

What is a soul? It's like electricity - we don't really know what it is, but it's a force that can light a room.

There are many spokes on the wheel of life. First, we're here to explore new possibilities.

Do it right or don't do it at all. That comes from my mom. If there's something I want to do, I'm one of those people that won't be satisfied until I get it done. If I'm trying to sing something and I can't get it, I'm going to keep at it until I get where I want it.

I don't know what would have happened to me if I hadn't been able to hear.

I don't think any of us really KNOWS why we're here. But I think we're suppose to BELIEVE we're here for a purpose.