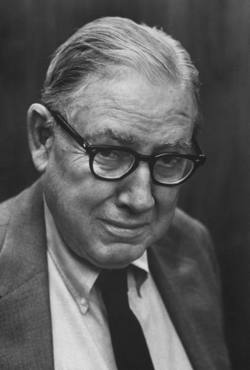 "Frederic Ogden Nash" was an United States/American poet well known for his Light poetry/light verse. At the time of his death in 1971, The New York Times said his "droll verse with its unconventional rhymes made him the country's best-known producer of humorous poetry". Nash wrote over 500 pieces of comic verse. The best of his work was published in 14 volumes between 1931 and 1972.

If you enjoy these quotes, be sure to check out other famous poets! More Ogden Nash on Wikipedia.

If you don't want to work you have to work to earn enough money so that you won't have to work.

Parents were invented to make children happy by giving them something to ignore. 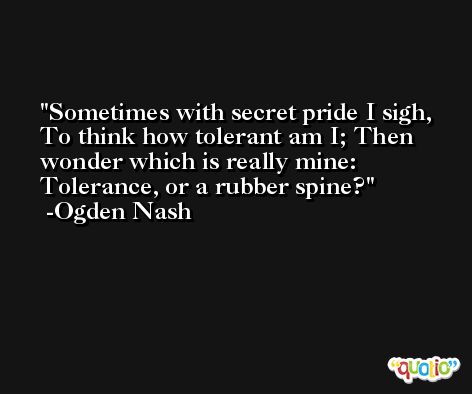 Middle age is when you've met so many people that every new person you meet reminds you of someone else.

I drink because she nags, he said I nag because he drinks. But if the truth be known to you, He's a lush and she's a shrew. 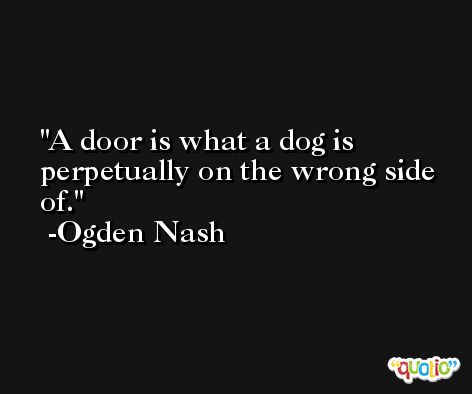 The turtle lives 'twixt plated decksWhich practically conceal its sex.I think it clever of the turtleIn such a fix to be so fertile. 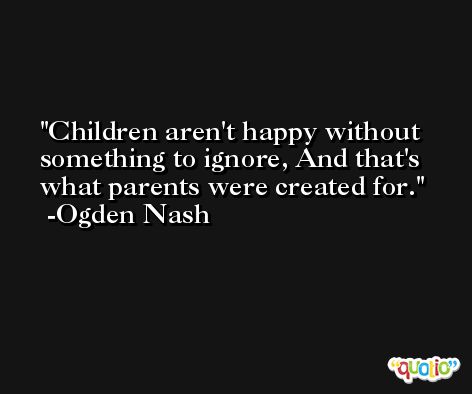 There is only one way to achieve happiness on this terrestrial ball, And that is to have either a clear conscience, or none at all. 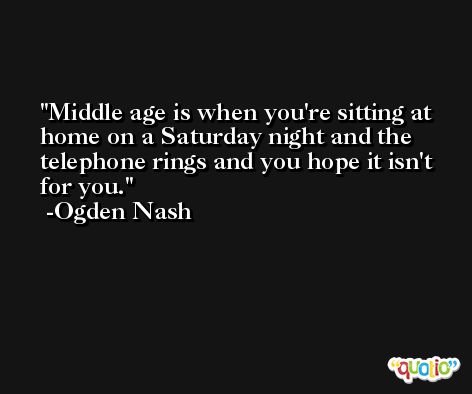 Do you think my mind is maturing late,Or simply rotted early?

Certainly there are things in life that money can't buy, but it's very funny -Did you ever try buying them without money? 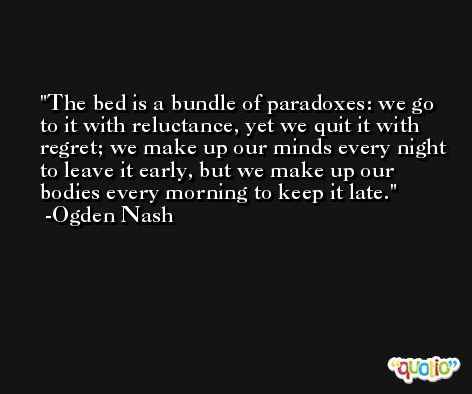 He without benefit of scruples His fun and money soon quadruples.

Marriage is the alliance of two people, one of whom never remembers birthdays and the other never forgets them. 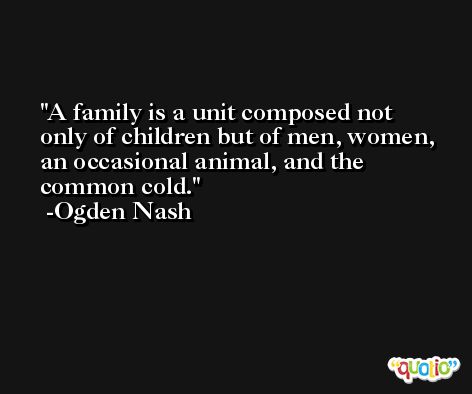 Progress might have been all right once, but it has gone on too long. 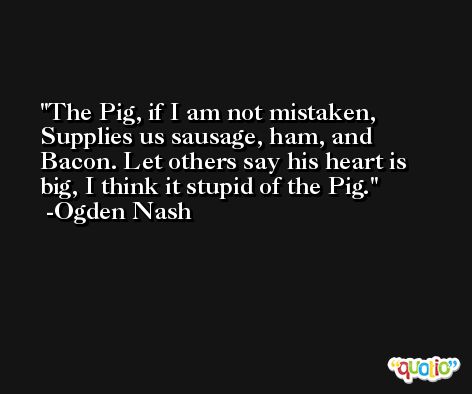 The Preacher, the Politicain, the Teacher, Were each of them once a kiddie. A child, indeed, is a wonderful creature. Do I want one? God Forbiddie! 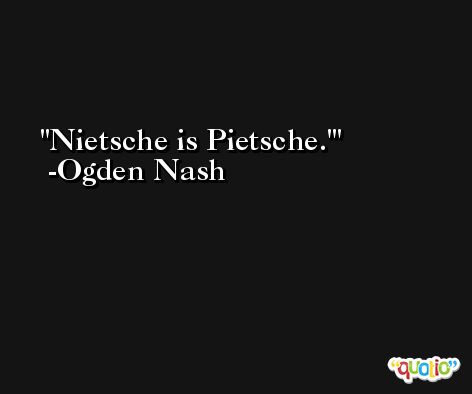