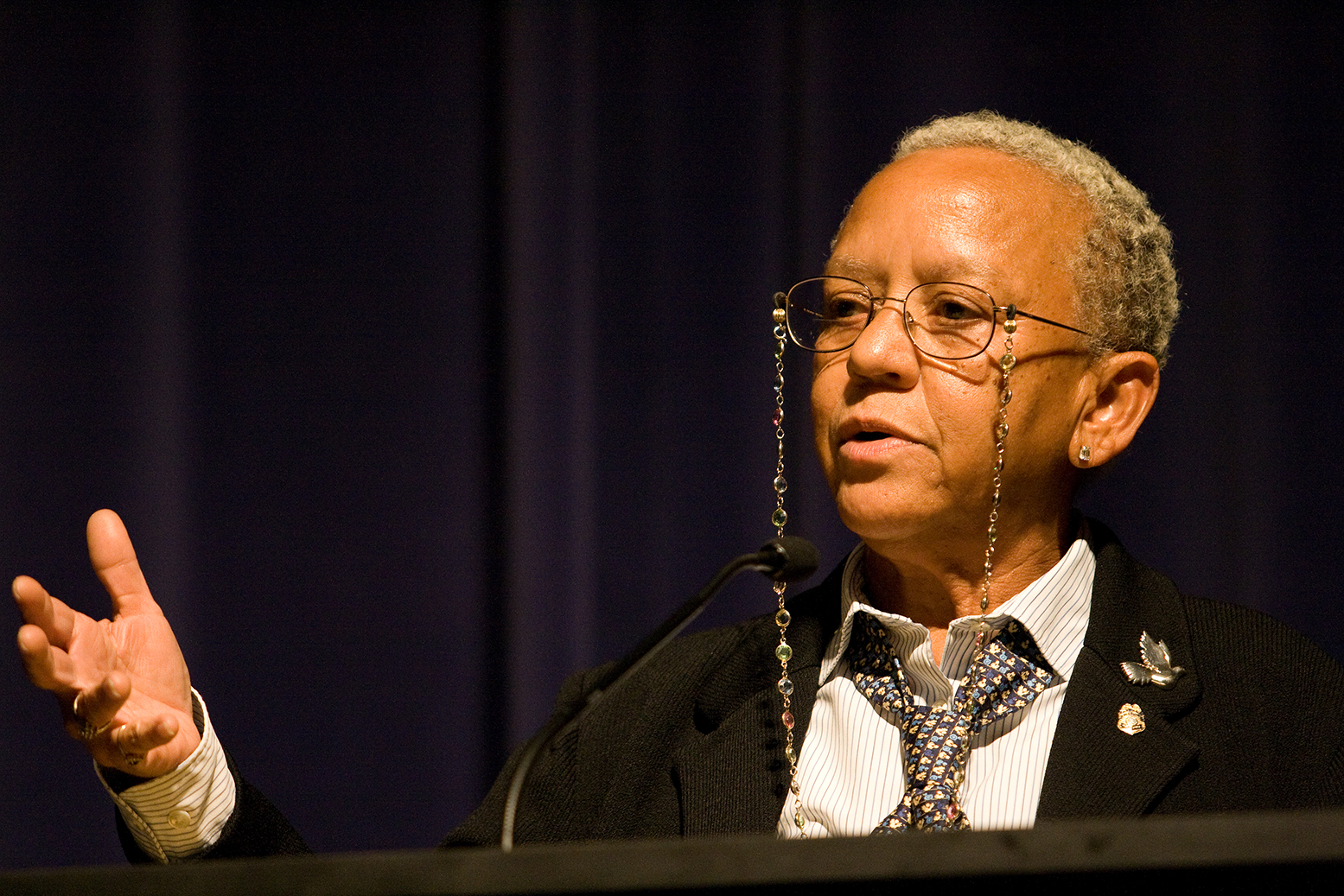 "Yolande Cornelia "Nikki" Giovanni Jr." is an United States/American writer, commentator, activist, and educator. One of the world's most well-known African American poets, her work includes poetry anthologies, poetry recordings, and nonfiction essays, and covers topics ranging from race and social issues to children's literature. She has won numerous awards, including the Langston Hughes Medal, the NAACP Image Award, and has been nominated for a Grammy Award,for her Nikki Giovanni Poetry Collection. Additionally, she has recently been named as one of Oprah Winfrey’s twenty- five “Living Legends.” (29)

Giovanni gained initial fame in the late 1960s as one of the foremost authors of the Black Arts Movement. Influenced by the civil rights and Black Power movements of the period, her early work provides a strong, militant African- American perspective, leading one writer to dub her the "Poet of the Black Revolution." During the 1970s, she began writing children's literature, and co-founded a publishing company, NikTom,Ltd to provide an outlet for other African American women writers. Over subsequent decades, her works discussed social issues, human relationships, and hip-hop. Poems such as "Knoxville, Tennessee," and "Nikki-Rosa" have been frequently re-published in anthologies and other collections.

If you enjoy these quotes, be sure to check out other famous poets! More Nikki Giovanni on Wikipedia.

It is not who you attend school with but who controls the school you attend.

We write because we believe the human spirit cannot be tamed and should not be trained.

It's not a ladder we're climbing, it's literature we're producing. . . . We cannot possibly leave it to history as a discipline nor to sociology nor science nor economics to tell the story of our people.

Don't want to be near you for the thoughts we share but the words we never have to speak.

Nothing is easy to the unwilling.

We love because it's the only true adventure.

Mistakes are a fact of life. It is the response to the error that counts.