"Gaius Julius Caesar" was a Roman general, Politician/statesman, Roman consul/Consul, and notable author of Latin prose. He played a critical role in the events that led to the demise of the Roman Republic and the rise of the Roman Empire. In 60 BC, Caesar, Marcus Licinius Crassus/Crassus, and Pompey formed a First Triumvirate/political alliance that was to dominate Roman politics for several years. Their attempts to amass power through populares/populist tactics were opposed by the Optimates/conservative ruling class within the Roman Senate, among them Cato the Younger with the frequent support of Cicero. Caesar's victories in the Gallic Wars, completed by 51 BC, extended Rome's territory to the English Channel and the Rhine. Caesar became the first Roman general to cross both when he built a Caesar's Rhine bridges/bridge across the Rhine and conducted the first Caesar's invasions of Britain/invasion of Britain.

If you enjoy these quotes, be sure to check out other famous leaders! More Julius Caesar on Wikipedia.

It is not these well-fed long-haired men that I fear, but the pale and the hungry-looking. 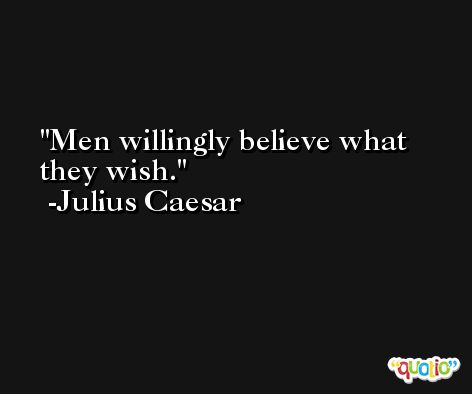 I came, I saw, I conquered.

Cowards die many times before their actual deaths. 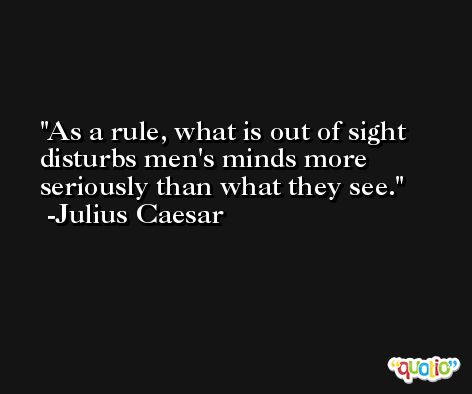 If you must break the law, do it to seize power: in all other cases observe it.

Men in general are quick to believe that which they wish to be true. 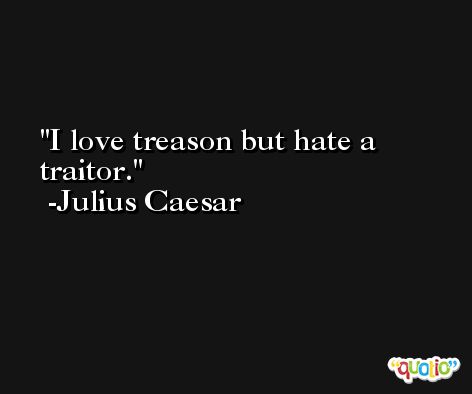 I am going to Spain to fight an army without a general, and thence to the East to fight a general without an army. 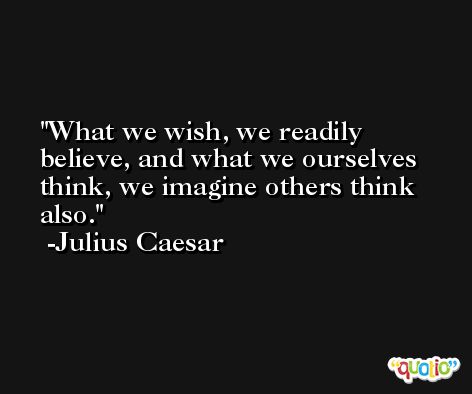 It is better to create than to learn! Creating is the essence of life.

The evil men do lives after them. The good is oft interred with their bones. 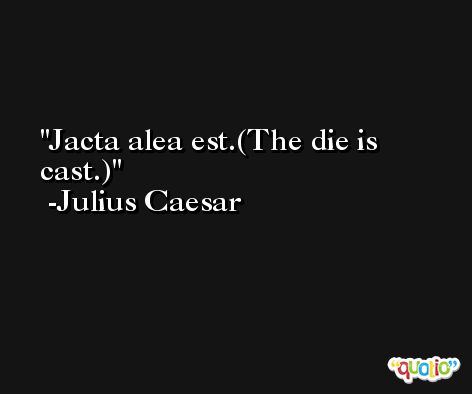