"John Ono Lennon", , born "John Winston Lennon";, was an English musician, singer and songwriter who rose to worldwide fame as a founder member of the rock band the Beatles, the most commercially successful band in the history of popular music. With Paul McCartney, he formed a Lennon–McCartney/songwriting partnership that is one of the most celebrated of the 20th century.

Born and raised in Liverpool, as a teenager Lennon became involved in the Skiffle#Skiffle in Britain/skiffle craze; his first band, the Quarrymen, evolved into the Beatles in 1960. When Break-up of the Beatles/the group disbanded in 1970, Lennon embarked on a solo career that produced the critically acclaimed albums John Lennon/Plastic Ono Band and Imagine (John Lennon album)/Imagine, and iconic songs such as

Lennon revealed a rebellious nature and acerbic wit in his music, writing, drawings, on film and in interviews. Controversial through his political and peace activist/peace activism, he moved to Manhattan in 1971, where his criticism of the Vietnam War resulted in a lengthy attempt by Richard Nixon's administration to deport him, while some of his songs were adopted as anthems by the anti-war movement and the larger Counterculture of the 1960s/counterculture.

If you enjoy these quotes, be sure to check out other famous musicians! More John Lennon on Wikipedia.

Reality leaves a lot to the imagination.

Life is what happens to you while you're busy making other plans. 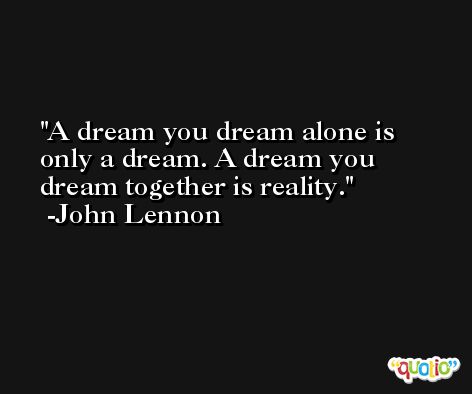 If everyone demanded peace instead of another television set, then there'd be peace. 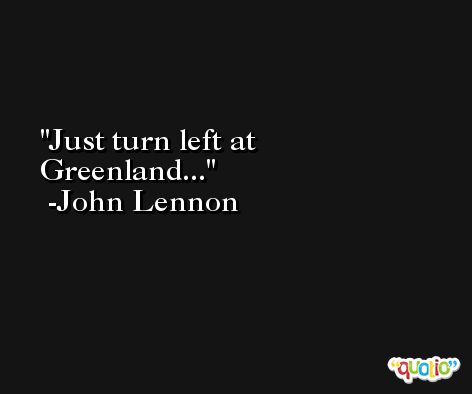 Apathy isn't it. We can do something. So flower power didn't work. So what. We start again.

I get by with a little help from my friends. 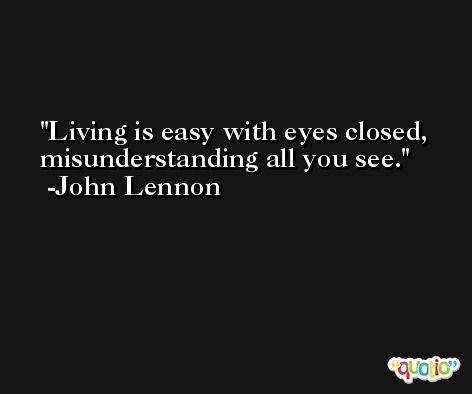 Lots of people who complained about us recieving the MBE received theirs for heroism in the war--for killing people. We received ours for entertaining other people. I'd say we deserve ours more. Wouldn't you? 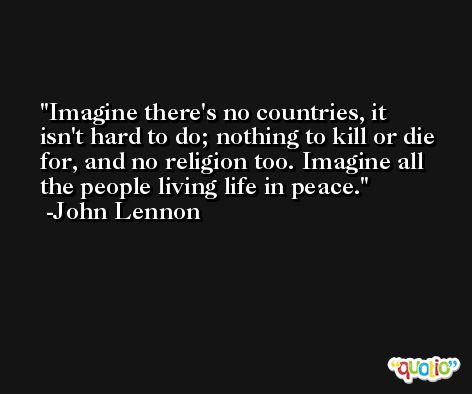 Time you enjoy wasting is not wasted.

Our society is run by insane people for insane objectives. I think we're being run by maniacs for maniacal ends and I think I'm liable to be put away as insane for expressing that. That's what's insane about it. 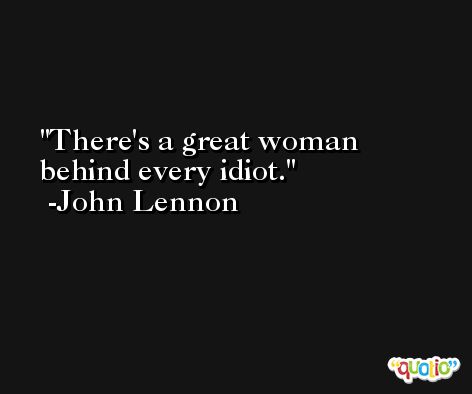 Would those of you in the cheaper seats clap your hands? And the rest of you, if you'll just rattle your jewelry.

You may say I'm a dreamer, but I'm not the only one. I hope someday you'll join us and the world will live as one. 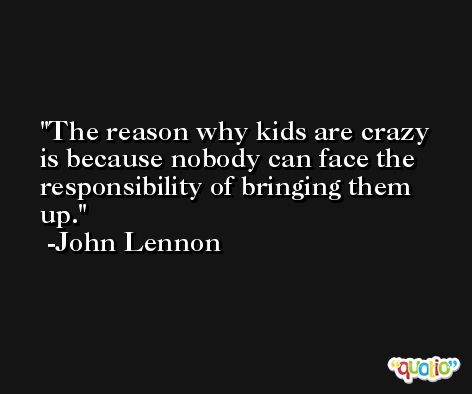 Before Elvis, there was nothing.

All we are saying is give peace a chance. 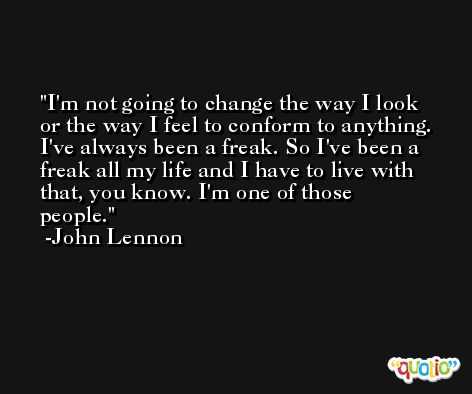 God is a concept by which we measure our pain.

Everything is clearer when you're in love.