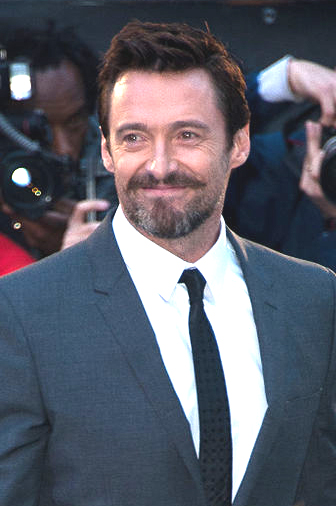 "Hugh Michael Jackman" is an Australians/Australian actor, producer, and singer who is involved in film, musical theatre and television.

Jackman has won international recognition for his roles in major films, notably as superhero, period, and romance characters. He is best known for his long-running role as Wolverine (character)/Wolverine in the superhero X-Men (film series)/X-Men film series (2000-2014), as well as for his leads in the romantic-comedy fantasy Kate & Leopold (2001), the action-horror film Van Helsing (film)/Van Helsing (2004), the magic-themed drama The Prestige (film)/The Prestige (2006), the epic historical romantic drama Australia (2008 film)/Australia (2008), the sci-fi sports drama Real Steel (2011), the film version of Les Misérables (2012 film)/Les Misérables (2012), and the thriller Prisoners (2013 film)/Prisoners (2013). His work in Les Misérables earned him his first Academy Award nomination for Academy Award for Best Actor/Best Actor and his first Golden Globe Award for Best Actor – Motion Picture Musical or Comedy in 2013. He is also a singer, dancer, and actor in stage musicals, and won a Tony Award for his role in The Boy from Oz.

A four-time host of the Tony Awards, winning an Emmy Award for one of these appearances, Jackman also hosted the 81st Academy Awards on 22 February 2009.

If you enjoy these quotes, be sure to check out other famous actors! More Hugh Jackman on Wikipedia.

[Talking about an X-Men Kissing scene]I had to lay down there and think of England as one by one they bring out the girls. It was a very tough morning... After each girl had finished, the crew would hold up scorecards.

We feel that there are so many kids who need adopting. We thought we'd do it after having a couple of our own, but we just changed our mind.

I'm an actor who believes we all have triggers to any stage of emotion. It's not always easy to find but it's still there.

I have a wife and a son, but the gay rumors have started. I guess it's a sign that I'm moving up the ladder.

Now I meet people with full-color Wolverine tattoos on their backs. Thank God I did okay, because I think if I hadn't, they'd spit on me in the street.

It dawned on me that acting was what I wanted to do with my life. Nothing had ever touched my heart like acting did.

There was a whole display set up of all the X-Men paraphernalia. My wife couldn't resist telling this 5-year-old boy that I was Wolverine. The little kid looked up at me and he was staring at me.

I have a terrific marriage, but unlike a lot of relationships where they ebb and flow, no matter what happens you fall deeper and deeper in love every day. It's kind of the best thing that can happen to you. It's thrilling.