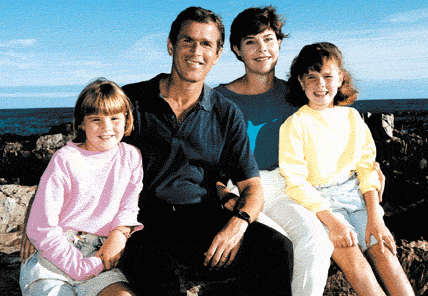 "George Walker Bush" is an Americans/American politician and businessman who served as the List of Presidents of the United States/43rd President of the United States from 2001 to 2009, and the List of Governors of Texas/46th Governor of Texas from 1995 to 2000. The eldest son of Barbara Bush/Barbara and George H. W. Bush, he was born in New Haven, Connecticut. After graduating from Yale University in 1968 and Harvard Business School in 1975, Bush worked in oil businesses. He married Laura Bush/Laura Welch in 1977 and ran unsuccessfully for the United States House of Representatives/House of Representatives shortly thereafter. He later co-owned the Texas Rangers (baseball)/Texas Rangers baseball team before defeating Ann Richards in the Texas gubernatorial election, 1994/1994 Texas gubernatorial election. Bush was elected president in 2000 after a United States presidential election, 2000/close and controversial election, becoming the fourth president to be elected while receiving fewer popular votes nationwide than his opponent. Bush is the second president to have been the son of a former president, the first having been John Quincy Adams. He is also the brother of Jeb Bush, former Governor of Florida.

If you enjoy these quotes, be sure to check out other famous presidents! More George W. Bush on Wikipedia.

Don't confuse being 'soft' with seeing the other guy's point of view.

Use power to help people. For we are given power not to advance our own purposes nor to make a great show in the world, nor a name. There is but one just use of power and it is to serve people. 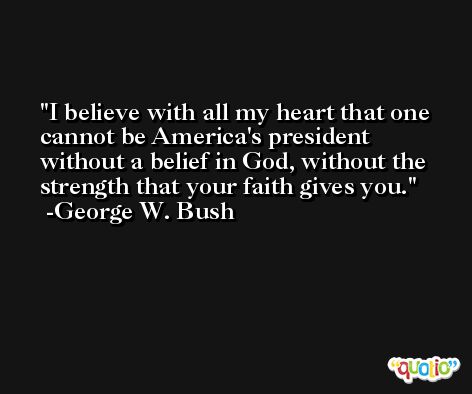 I do not like broccoli. And I haven't liked it since I was a little kid and my mother made me eat it. And I'm President of the United States and I'm not going to eat any more broccoli.

The French have no word for Entrepeneur. 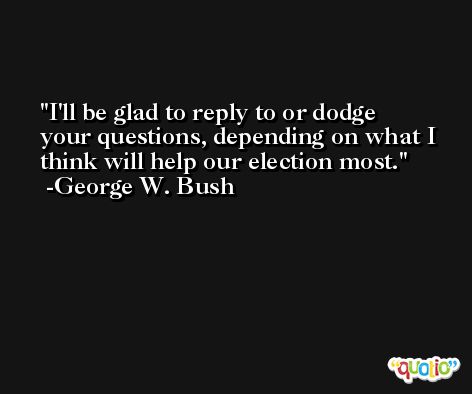 I have opinions of my own -- strong opinions -- but I don't always agree with them.

People say I'm indecisive, but I don't know about that. 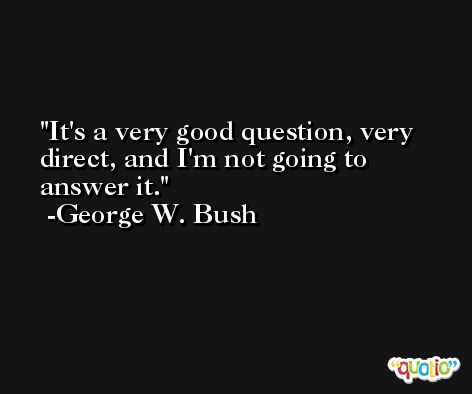 I think that the undecided could go one way or the other.

Would you please shut up and sit down! 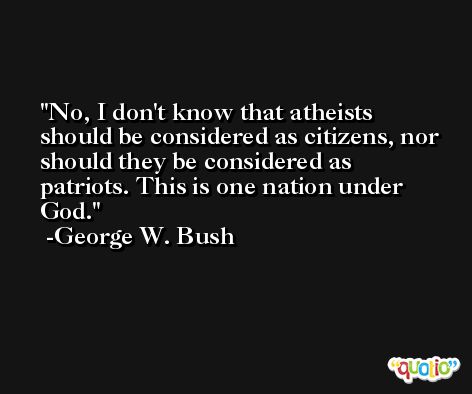 America will never run... And we will always be grateful that liberty has found such brave defenders.

I am the right. 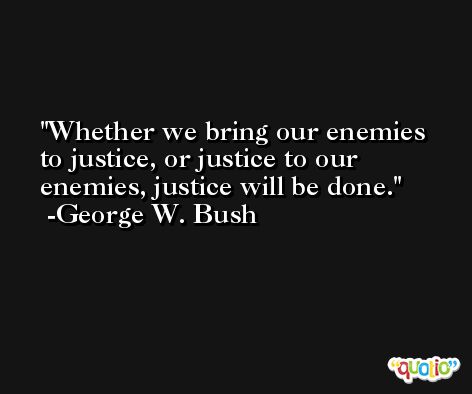 Americans are a free people, who know that freedom is the right of every person and the future of every nation. The liberty we prize is not America's gift to the world; it is God's gift to humanity.

By heritage and by choice, the United States of America will make that stand. 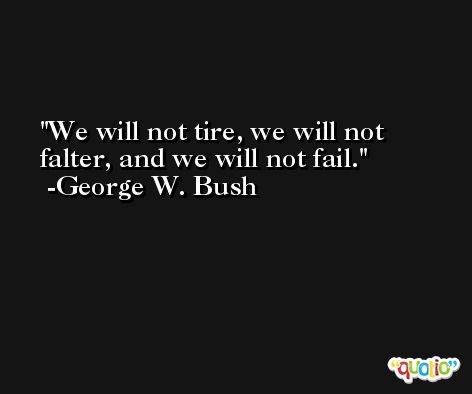 For too long, many nations, including my own, tolerated, even excused, oppression in the Middle East in the name of stability. Oppression became common, but stability never arrived. We must take a different approach. We must help the reformers of the Middle East as they work for freedom, and strive to build a community of peaceful, democratic nations.

If America shows weakness and uncertainty, the world will drift toward tragedy. That will not happen on my watch. 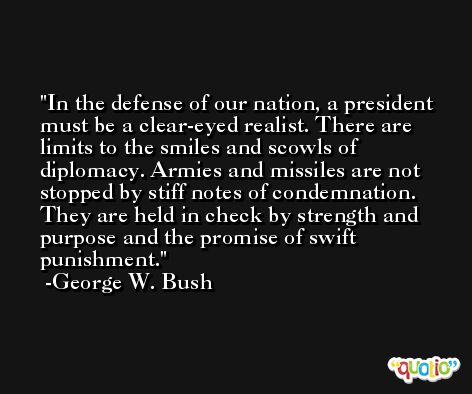 As Americans, we want peace -- we work and sacrifice for peace. But there can be no peace if our security depends on the will and whims of a ruthless and aggressive dictator. I'm not willing to stake one American life on trusting Saddam Hussein.

States should have the right to enact... laws...particularly to end the inhumane practice of ending a life that otherwise could live. 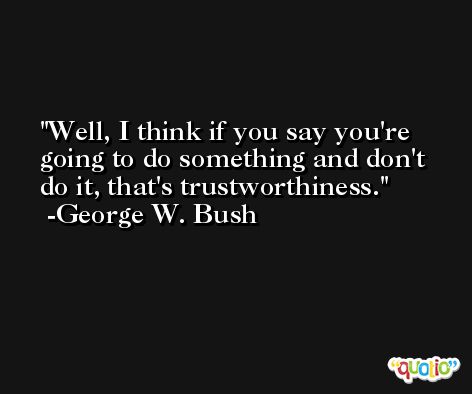 The agenda of the roadblock is the philosophy of the stop sign. 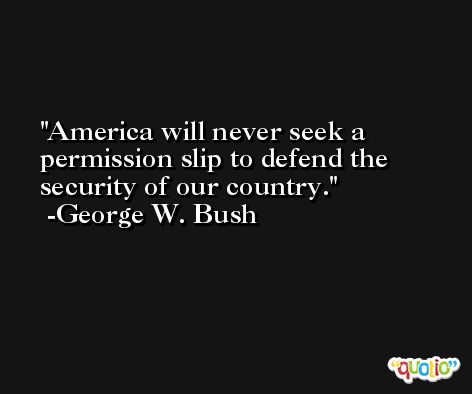 I believe that freedom is the deepest need of every human soul.

... if you find a person that you've never seen before getting in a crop duster that doesn't belong to you -- report it. 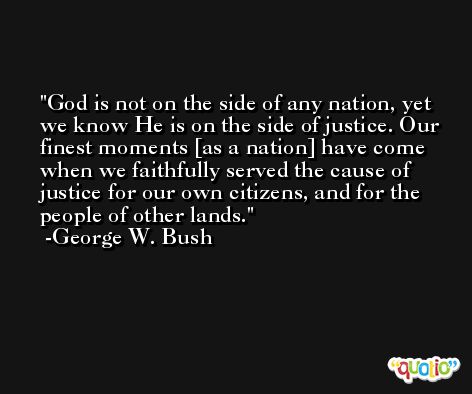