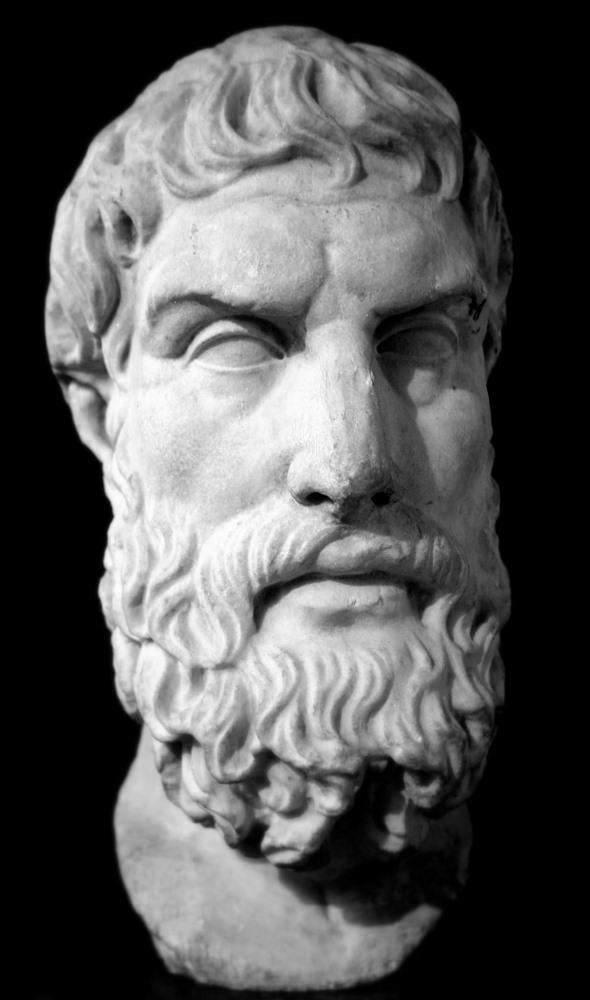 "Epicurus" was an Greek philosophy/ancient Greek philosopher as well as the founder of the school of philosophy called Epicureanism. Only a few fragments and letters of Epicurus's 300 written works remain. Much of what is known about Epicurean philosophy derives from later followers and commentators.

For Epicurus, the purpose of philosophy was to attain the happy, tranquil life, characterized by ataraxia—peace and freedom from fear—and aponia—the absence of pain—and by living a self-sufficient life surrounded by friends. He taught that pleasure and pain are the measures of what is good and evil; death is the end of both body and soul and should therefore not be feared; the gods neither reward nor punish humans; the universe is infinite and eternal; and events in the world are ultimately based on the motions and interactions of atomism/atoms moving in empty space.

If you enjoy these quotes, be sure to check out other famous philosophers! More Epicurus on Wikipedia.

The man least dependent upon the morrow goes to meet the morrow most cheerfully.

Not what we have, but what we enjoy, constitutes our abundance. 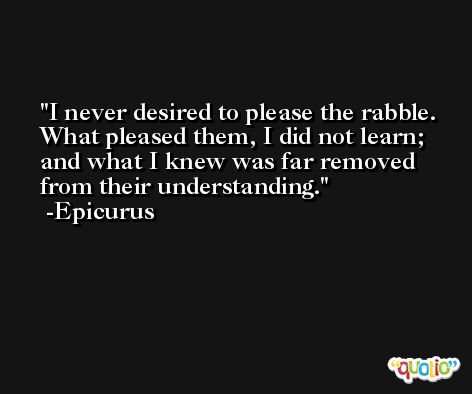 A strict belief, fate is the worst kind of slavery; on the other hand there is comfort in the thought that God will be moved by our prayers.

The greater the difficulty the more glory in surmounting it. Skillful pilots gain their reputation from storms and tempests. 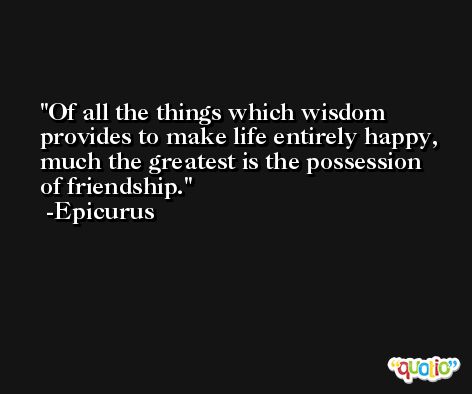 Death is nothing to us, since when we are, death has not come, and when death has come, we are not.

You don't develop courage by being happy in your relationships everyday. You develop it by surviving difficult times and challenging adversity. 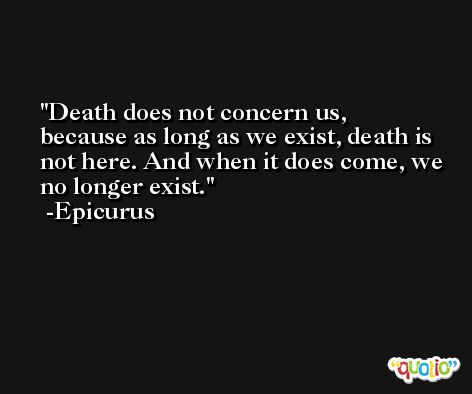 Pleasure is the beginning and the end of living happily.

He is a wise man who does not grieve for the things which he has not, but rejoices for those which he has. 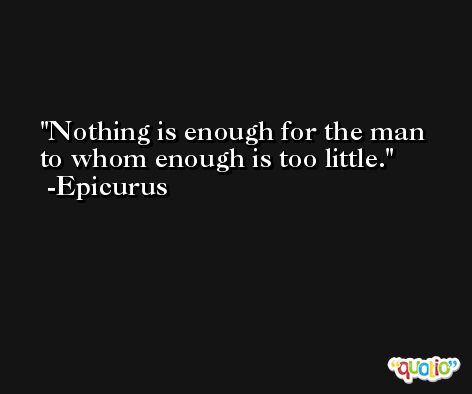 If the gods listened to the prayers of men, all humankind would quickly perish since they constantly pray for many evils to befall one another.

Do not spoil what you have by desiring what you have not; but remember that what you now have was once among the things you only hoped for. 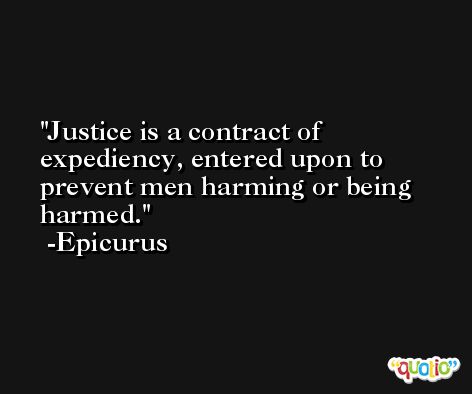 It is not so much our friend's help that helps us as the confidence of their help.

It is not so much our friends' help that helps us as the confident knowledge that they will help us.