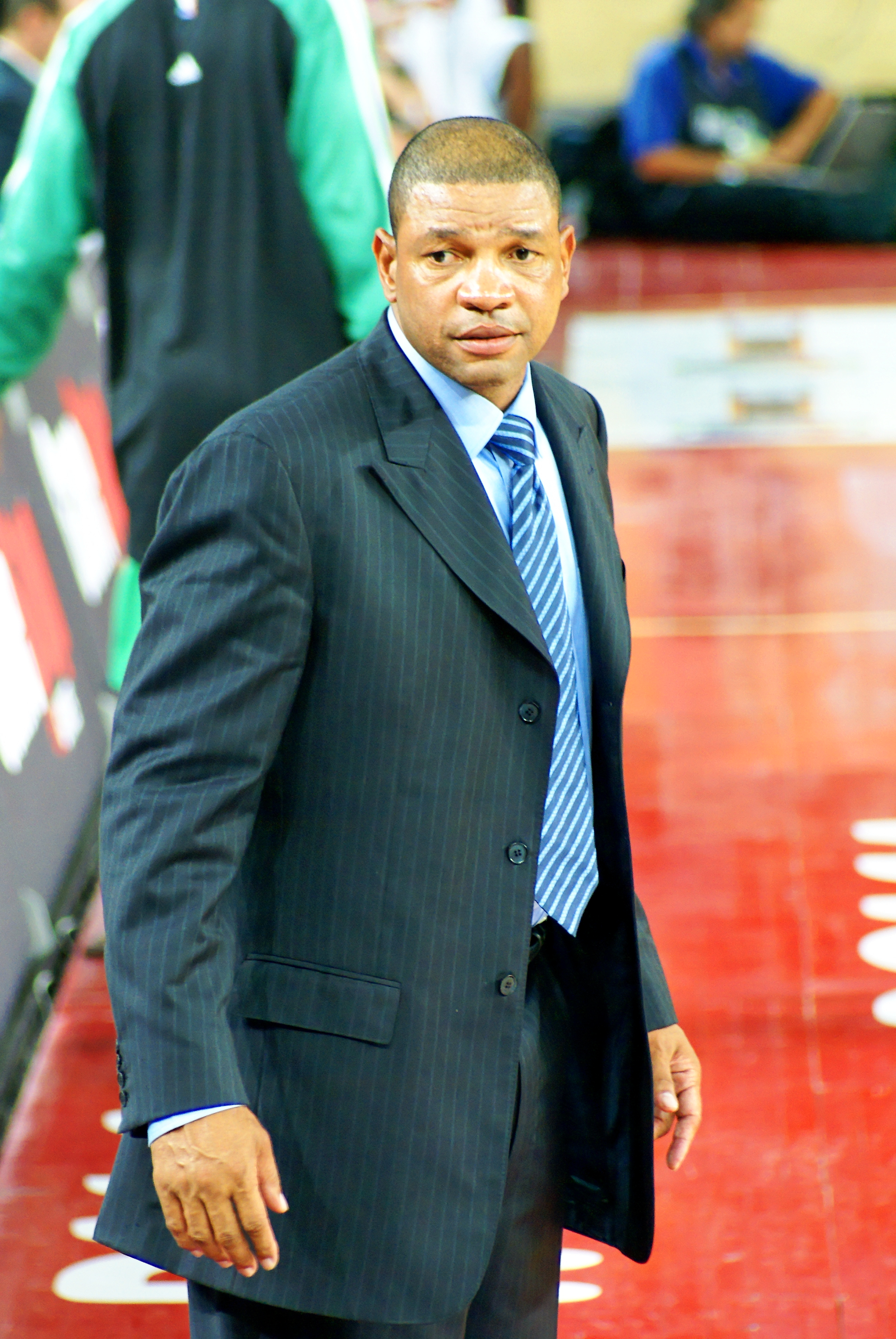 Image:Doc Rivers.jpg/thumb/200px/right/Rivers (center) sits on the sidelines with assistant coaches Tom Thibodeau (right) and Armond Hill (left) in Game 4 of the 2008 NBA Playoffs against the Atlanta Hawks.

I just want the players to decide the game. It's a tough one because this game was ours. Despite all the turnovers and the missed free throws, we still should have won this game.

It was just an awful game for us. They came prepared and we didn't, and that's the coach's fault.

The defense was good for the most part all night. I thought early on, Chris Paul, that was the game plan, just try to get the ball out of his hands and make somebody else make plays.

This was by far the worst, the toughest. I'll second-guess every decision I made, and everything we did.

We gave away so many opportunities with the turnovers. They didn't score on them, but they took us out of scoring. I thought we played so passive in all three of the overtimes once we got the lead. We were trying to hold on to the lead instead of being aggressive.

Tony Dungy is as classy a human being as you will ever know. This is a tough one. I don't know how a team gets through that, to be honest.

You knew they were going to come at you. It was a no-brainer. I don't think we understood that. Last night we came out ready to play and we were focused. We talked about that tonight, but they did it.

I think both teams settled into 'this isn't our night mode'. The home team has to win those games, and that's what we did.

It's not about who we play, but about keeping up the tradition, about maintaining the streak.