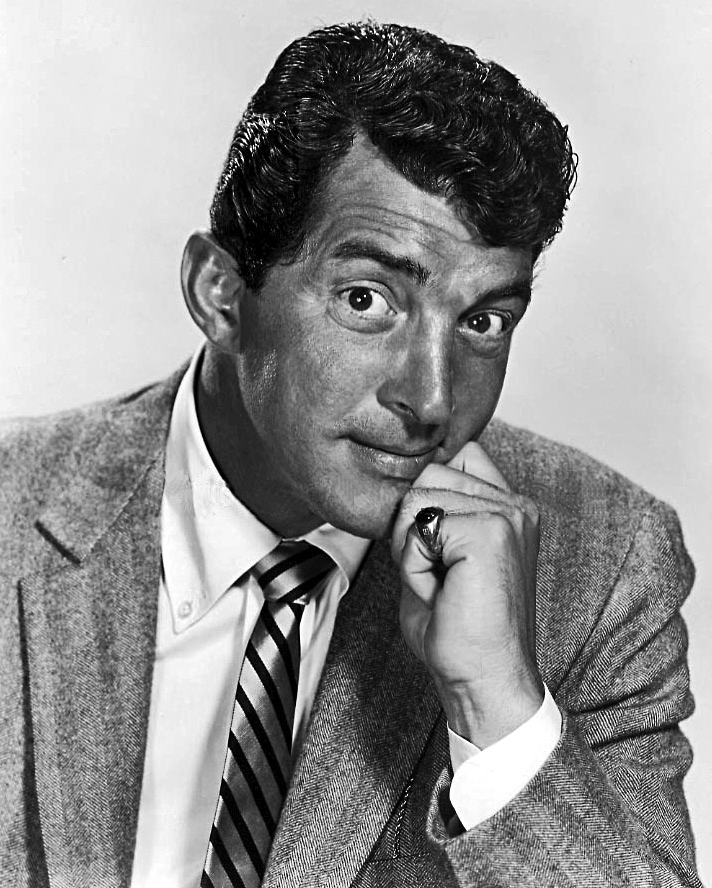 One of the most popular and enduring American entertainers of the mid-20th century, Martin was nicknamed the "King of Cool" for his seemingly effortless charisma and self-assuredness. He and Jerry Lewis were partners in the immensely popular comedy team "Martin and Lewis". He was a member of the "Rat Pack" and a star in concert stage/nightclubs, recordings, motion pictures, and television. He was the host of the television variety program The Dean Martin Show (1965–1974) and The Dean Martin Celebrity Roast (1974–1985).

Martin's relaxed, warbling Crooner/crooning voice earned him dozens of hit singles including his signature songs "Memories Are Made of This", "That's Amore", "Everybody Loves Somebody", "You're Nobody till Somebody Loves You", "Sway (song)/Sway", "Volare (song)/Volare", and "Ain't That a Kick in the Head?".

If you enjoy these quotes, be sure to check out other famous actors! More Dean Martin on Wikipedia.

Milton Berle is an inspiration to every young person that wants to get into show business. Hard work, perseverance, and discipline: all the things you need...when you have no talent.

If you drink, don't drive. Don't even putt.

I'd hate to be a teetotaler. Imagine getting up in the morning and knowing that's as good as you're going to feel all day.

I once shook hands with Pat Boone and my whole right side sobered up.

I don't drink anymore... I freeze it and eat it like a popsicle.

I've got seven kids. The three words you hear most around my house are 'hello,' 'goodbye,' and 'I'm pregnant'.

I feel sorry for people who don't drink. They wake up in the morning and that's the best they're going to feel all day.

When Jerry Lewis and I were big, we used to go to parties, and everybody thought I was big-headed and stuck up, and I wasn't. It was because I didn't know how to speak good English, so I used to keep my mouth shut.

You're not drunk if you can lie on the floor without holding on.

There's a statue of Jimmy Stewart in the Hollywood Wax Museum, and the statue talks better than he does.