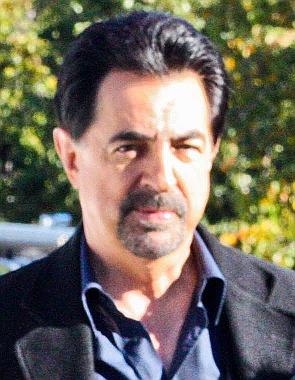 "David Stephen Rossi" is a fictional character from the CBS crime drama Criminal Minds, portrayed by Joe Mantegna. He is a Supervisory Special Agent of the FBI's Behavioral Analysis Unit, and has appeared from the episode "About Face", which was originally broadcast on October 31, 2007, during the show's third season.

Rossi begins the series returning to the FBI after a lengthy period of being semi-retired, with his return due to "unfinished business". He is shown to be emotionally tied to Aaron Hotchner, as they both worked together during the early day's of the Behaviorial Analysis Unit. Rossi is also a writer, and is one of the team's senior and most decorated profilers. He appeared replacing Jason Gideon, who left following Mandy Patinkin's abrupt departure from the show.

Mantegna has stated in an interview that the character was named after one of the policemen who had testified at the O. J. Simpson murder case/O. J. Simpson trial. Rossi's middle name, Stephen, was revealed in a flashback near the end of the Criminal Minds/tenth season episode, "Nelson's Sparrow." After Rossi has deduced that Jason Gideon is about to become a father, Gideon asks Rossi what his middle name is. This is followed by a present-time scene where Rossi greets Gideon's son, Stephen, by name. (The "ph" spelling of the name was used in the episode's end credits.)

We are more concerned with getting the kids who needed help, not so much with the ethnicity of the students.

I've had three flights canceled and then we tried for a train, and that's being delayed. They don't even know when it's going to leave.

In some cases we have 2 year jumps in reading and even more than that. And math is the same way.

At this point in the semester our students would have already been suspended outside of school 700 days.